Toyota (and Others) Go All In on This “Tesla Killer” Tech

The 2020 Consumer Electronics Show is in full swing out in Las Vegas, and already, big ideas are being announced.

Toyota may just have the biggest, not only in ambition but in actual physical size. 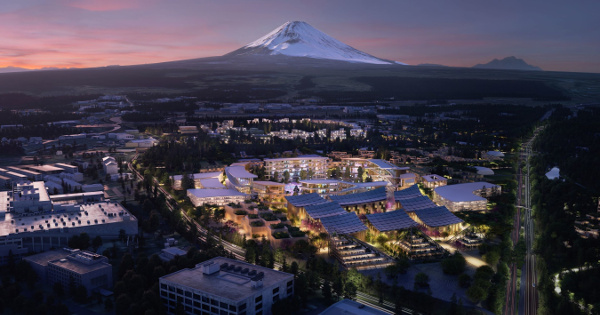 What we’re looking at here is a rendering of what Toyota is calling Woven City, a nod to its origin as a maker of automatic looms.

The small city will sit not far from Mount Fuji in Japan, housing employees and their families, retirees, scientists, and researchers in what Toyota is referring to as a “one-of-a-kind, real-world incubator for autonomy tech, robotics, personal mobility, smart homes and artificial intelligence in a real-world environment."

As futuristic as it may sound on paper, one of the technologies that will be the backbone of Woven City is ready to take off already.

The vehicles, from mass transit to individual cars to forklifts, will be powered by hydrogen fuel cells.

A different kind of clean power revolution that has stayed largely in the shadow of solar and battery tech is underway and Toyota is going all in on it.

It isn’t just Woven City. Toyota is planning on putting 10 heavy-duty tractor-trailers on the road in Southern California as a demonstration, along with 100 fuel cell-powered buses to move visitors around this summer’s Olympic Games in Tokyo.

And Toyota is not alone in this push to deploy the next generation of clean power sources.

Fuel cell trains are already running on commuter rail lines in Germany with more on the way in France and the U.K.

China was ahead of the curve with its first going into operation in 2015.

Hyundai is moving ahead with a multibillion-dollar plan to commercialize hydrogen cars, trucks, and ships.

Growth is going to be fantastic going forward, too.

In the U.S. alone, fuel cell market size is expected to see a compound annual growth rate of 21%, which will rapidly scale up:

Jimmy Mengel just rolled out some research that takes advantage of this trend for readers of The Crow’s Nest.

There are only a handful of companies working on the next-generation tech that will be installed in this massive wave of new clean energy vehicles.

Major automakers and vehicle makers will be clamoring for any advantage they can find, and that means fantastic business for the company Jimmy shared with his readers.

To take advantage of a market that is about to see explosive growth, you should check out his research ASAP.