Has Elon Musk Lost His Mind?

While Elon plays, this company pays...

I’ll be the first to say, I really admire Elon Musk…

He’s one of those wunderkinds who are reaching for peaks that we haven’t reached as humans: affordable space travel, electric cars, and of course — the best damn flamethrowers around. 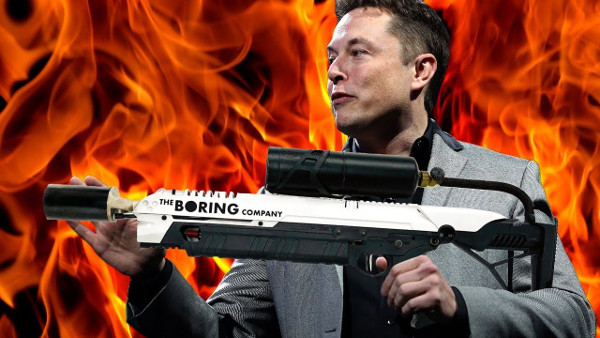 Musk is not only one of the world’s most powerful people, but also one of the richest. At last count, he is worth a whopping $23.6 billion, making him the 40th richest person in the world. He famously founded a tech company that would eventually merge with both eBay and PayPal and provide him the capital to pretty much do whatever he wanted.

He's a smart dude, and an ambitious one.

However, I think he’s gone off the deep end recently. It happens to the best of geniuses.

In the last few years, he has made the following bonehead moves...

In 2018 he tweeted that he had "funding secured" to take Tesla private at $420 per share. That was not true and subjected him to an SEC lawsuit. Both he and Tesla were fined $20 million apiece and Musk was forced to step down as the company chairman.

He even had to agree not to Tweet without help from an "experienced securities lawyer."

This came shortly after he decided to smoke a blunt on camera during a podcast taping. As many of you know, “420” is slang for marijuana smoking, so the two incidents could not have been sillier for such a well respected visionary and entrepreneur.

That wasn’t the only “eccentric” thing that has kept him from staying focused on what should be his main mission: making Tesla the automotive powerhouse that he’s always promised...

You may also recall the infamous rescue of 12 Thai soccer players who were trapped in a cave.

In what seemed like a clear humanitarian exercise, Musk helped create a tiny submarine to help save the children from certain death. He tweeted that it was “Light enough to be carried by 2 divers, small enough to get through narrow gaps. Extremely robust.”

While it seems he had the best of intentions, the sub was never used.

“Although Musk’s technology is good and sophisticated, it’s not practical for this mission,” one of the rescue operation coordinators said at the time.

Instead of understanding that he may have misjudged the mission and admitted that he had a paternalistic god-complex, he lashed out at his critics. He even called one a pedophile, which led to a $190 million defamation lawsuit.

Oh, and just this week it was reported that he knocked up famed electronic musician Grimes. That is simply one more distraction in a wild series of them.

Now, I cannot imagine how hard it would be to run electric car companies, space exploration companies, solar energy companies, and hyperloop companies if you were completely dedicated to them 24/7.

It seems like Elon is far from "locked in"...

While he’s been busy making headlines for Tesla in all of the worst ways, another company has stepped in to take over the mantle of emission-free vehicles.

Many are calling it the "Tesla Killer"…

Before Elon Musk, there was a much less media-savvy genius by the name of William Robert Grove. He was the inventor of what was once called the Grove voltaic cell. It pulled together zinc and platinum electrodes — exposed to two acids — all separated by a simple ceramic pot.

That led to the world’s first fuel cell, called the gas voltaic battery. It combined two of the world’s most abundant resources for a revolutionary technology.

Today, the fuel cell has added a new resource that is far more abundant than anything we’ve seen before. It’s called “Blue Gas.”

This technology is now quietly being deployed across the world and will give Tesla a run for its money.

But when I drove this vehicle — based on Grove’s technology — I was blown away. 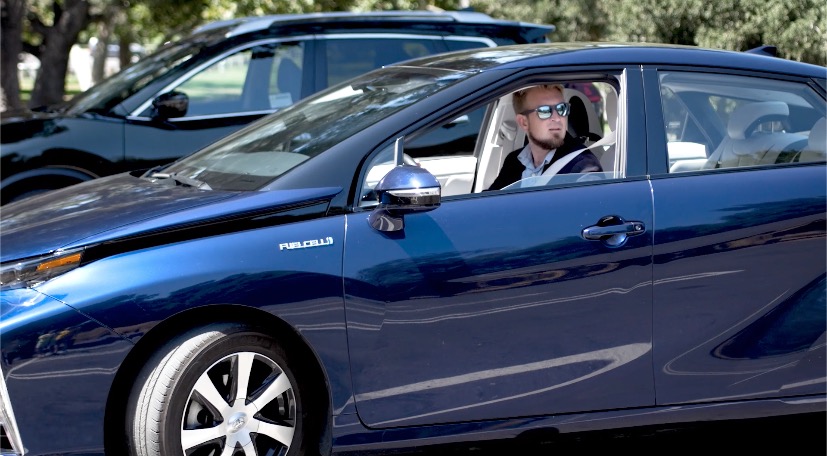 And of course, it doesn’t involve oil, coal, or any other fossil fuel.

And unlike the rest of these electric cars, the one I was driving was filled up and ready to go in just moments. If I was driving a Tesla, I could have waited all day before hitting the road. That’s why I recommend that Elon Musk gets back to work at once before this technology kills Tesla for good.

His fellow billionaires are already betting against him. Jeff Bezos has bet $70 million on it. Bill Gates has a billion-dollar investment in “Blue Gas” technology. And competing international car companies have ponied up billions to defeat Tesla in the race for emissions-free vehicles.

My research shows that one $3 stock at the epicenter of the “Blue Gas” revolution is set to trade higher than Tesla.

I traveled to California to put it to the test personally and vet the company. Both passed with flying colors.

You can watch me demonstrate the technology in action right here.

Ignore the Elon Musk hype. The smart money is quietly gathering outside of the media circus.

Did "Blue Gas" Just Make Batteries Obsolete?
Auto industry insiders have dubbed blue gas as the "Tesla Killer." Outsider Club founder Nick Hodge explains how investors can get in on the next evolution of the automotive industry and take advantage of the Tesla Killer...
Batteries Now Obsolete? The “Tesla Killer” Is Here
American-Made "Blue Gas" Has Elon Musk Furious!
Investing in Marijuana Without Getting Burned
The marijuana industry has rewarded scores of investors with life-changing gains.