You may have noticed that we here at Outsider Club have not published anything really about mask or COVID-19 vaccine mandates.

In fact, we've only published the term “vaccine mandate” once, and it was used only in passing.

And that isn't because each of the editors don't have their own opinions about these mandates. Because, like everyone, of course we do.

Nor was this something we planned. We didn't get together in a meeting and agree to keep silent our viewpoint of mask and vaccine mandates. It happened organically. And this is a good example of what sets Outsider Club apart from everyone else. We don't sound off about mask or vaccine mandates because we know you can get that anywhere else.

We know there are a million other social and media outlets where you can find opinions about the mandates of all extremes.

We're more interested in generating new investment ideas for you and calling your attention to the ebb and flow of economic tides that will affect the thickness of your wallet.

And so it is with this same profit-minded perspective that I want to talk with you today about the future implications of the COVID-19 vaccine mandate. There are several different arguments that have been made against the vax mandate. And you've probably heard them all. They involve religious objections, political apprehensions, and various philosophical grievances.

But from what I gather, there is a common thread to be found among all anti-mandate arguments. And it's not a terribly illegitimate argument to make.

That common thread is generally this: The COVID vaccine mandate is a slippery slope — that allowing the COVID vaccine is the beginning of a chain reaction leading to some undesirable outcome.

But a slippery slope to what?

Well, some say the vaccine mandate will lead to some future political disaster. The vaccine mandate has, many times, been protested as the move of a fascist and tyrannical government. Some have even gone so far as to compare themselves to Holocaust victims. But this is a pretty extreme view from any perspective.

Others, less afraid of tyrannical dictatorship, are concerned that allowing the COVID vaccine to be mandated will be used as precedent in the future for other health mandates.

And it's there where the anti-vaxxers probably have a point.

Some writers have speculated that the COVID vax mandate may pave the way for an annual flu vaccine government mandate — that you'll need to go over to Walgreens once a year for the flu vaccine or face some consequence.

Others have suggested alternative possible mandates like required annual physicals and check-ups.

The future is, of course, always unknown. But I do think it is very reasonable to assume the COVID vaccine mandate will be used as precedent for health initiatives in the future.

And we really don't need to look far back in history to find a good example of how that would work...

Following the tragedy of Sept. 11, the entire nation exchanged its privacy in the name of national security. The Patriot Act allowed — still allows — the government to spy on innocent Americans by monitoring their phone and email communications, collecting their bank and credit reporting records, and tracking their internet activity.

And the Patriot Act has been used as precedent for true-to-life Orwellian programs.

In April 2020 a Maryland judge ruled that a program that would warrantlessly spy on Baltimore City residents using cameras attached to airplanes was legal.

U.S. District Judge Richard Bennett wrote, “The United States Supreme Court and the United States Court of Appeals for the Fourth Circuit have long upheld the use of far more intrusive warrantless surveillance techniques than the [Aerial Investigation Research] program.”

In other words, the Baltimore City government could spy on its citizens using planes because other government programs have been more intrusive.

Months later a Federal Court in Virginia declared the use of the aerial surveillance planes in Baltimore unconstitutional. And the program was eventually terminated in February 2021 by Baltimore's City Council. But it goes to show just how far the government will go using precedent.

Will the COVID vaccine mandate likewise be used as precedent for future health initiatives?

Well, if fallout from the Patriot Act is any indication, recent history suggests it will.

But what kind of future health initiatives?

That's still unforeseen for the near future. But I wouldn't rule out things like mandated annual flu shots.

All 50 states and Washington D.C. already have laws that require certain vaccinations for school and child care. So don't be surprised if you end up having to go on over to Walgreens once a year.

Most likely, however, I believe the fallout effect of the COVID vaccine mandate will end up creating more inconveniences for us than anything.

Consider again 9/11 and the heightened inconveniences in air travel today compared to 20 years ago. We'll all probably end up having to answer more questions about our health in day-to-day life. And we'll likely lose a lot of the privacy of our health.

Now all that might be something to be upset about.

The government is going to force you to get a flu shot every year?

You're going to lose a lot of privacy about your own health?

And that's okay. I'm not asking you not to be upset.

Go ahead, be upset about it. Take a moment to rage... 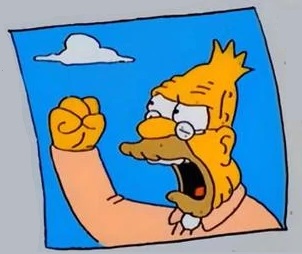 Fire off a few angry tweets. Post a gloomy prediction on the neighborhood Facebook page. Be angry about it all. You're mad as hell and you're not going to take it anymore!

I'm not asking you not to be mad.

Instead I'm asking you to be wise.

Flip the script: You can be upset by any future health mandates stemming from the COVID pandemic, and you can also leverage them for profit.

Just consider what happened to the medical industry and healthcare stocks following Obamacare...

There was never a better time in the entire history of the modern market to be an investor in healthcare stocks than during the Obama Administration.

Obama's Affordable Care Act was met with anger from the far right. Like the COVID vaccine mandate, the ACA was also protested as the move of a fascist and tyrannical government.

But let me ask you, if you could go back in time and only do one of two things, which would you choose?

Well, I've got some great news for you: You don't need to go back in time to make a very similar decision. No Doc Brown or Delorean required.

If the COVID vaccine mandate is used as precedent in the future for other health mandates, the healthcare industry is most certainly positioned for even more growth.

And investors of healthcare stocks will be along for the ride.

Do you need to see another one?

The writing is on the wall here — or at least it's in the charts.

What I'm getting at with all this is simple: Use whatever future health mandates that result from this whole COVID mess to your benefit. Go ahead and be mad about it. But make sure you also profit.

Pro tip: Profiting takes a lot of the sting out of anger.

The subject line of this article promised to show you the top 10 reasons to invest in healthcare stocks right now.

Well, you just saw them. If you need to see them one more time, scroll back up to Cigna and start again.

If the COVID vaccine mandate is used as precedent in the future for other health mandates, and it's very likely it will, use those mandates to your advantage by positioning yourself early in high-quality healthcare stocks.

Be mad. But get paid.