Where Is All the Crypto Money Going?

It wasn't all that long ago that Bitcoin was a fantastic proxy for the entire cryptocurrency sector.

What was good for it was good for the rest, along with the inverse. Now we need to look at a whole lot more to get a good feel for what's happening.

Let's take a look at a prime example and answer another question in the process...

Where is all the crypto money going?

CoinShares, a digital asset manager, dropped some fresh data on Monday about the crypto scene, showing the fifth straight week of inflows.

That used to mean that Bitcoin prices would be surging alongside the fresh money. For most of the year that has been the case, but something has changed.

Just look at the price of Bitcoin over the five weeks that CoinShares mentioned: 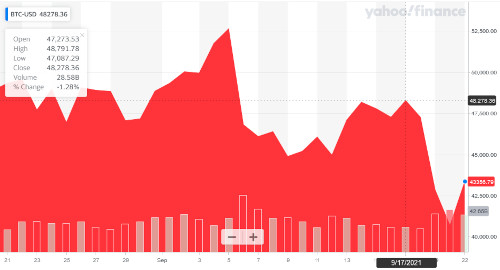 Instead of the kind of price increase we used to see, Bitcoin lost value as money entered the sector.

No big deal, we normally can just pop open an Ethereum chart to find where that money is going. Except that isn't seeing a price increase from the crypto inflow either. 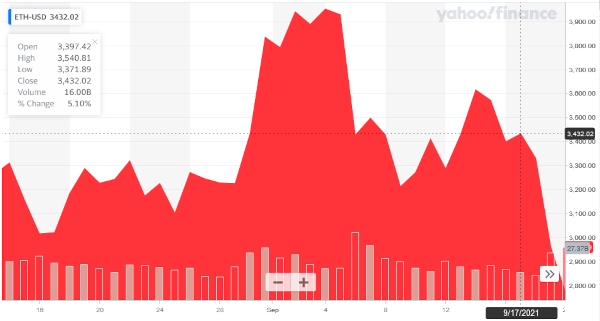 Clearly something has changed, and we can pull out some other data to back that up as well.

Check out a more detailed look at Bitcoin net inflows/outflows in recent months: 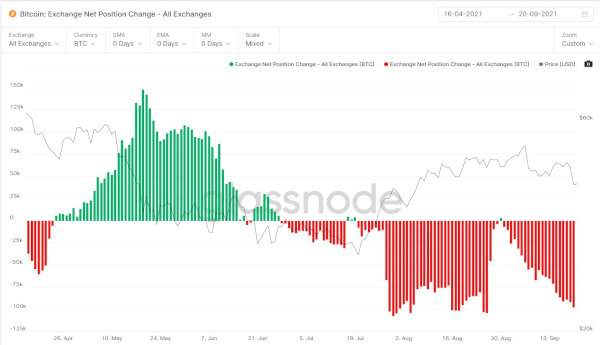 We might as well take a peek at Ethereum net inflows/outflows as well, while we're at it: 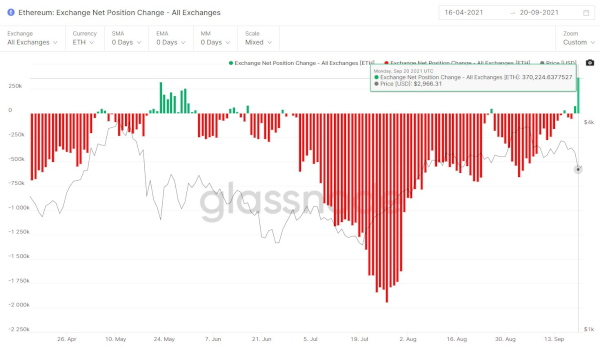 Bitcoin had a great start to the year but it is suffering now. Negative investor sentiment for it has resulted in net inflows in only three of the last 16 weeks according to the CoinShares data.

It shows in the assets CoinShares manages as well, with the percentage of total market share for Bitcoin dropping from 81% in January to 67% when the report was released last week.

Money is flowing into cryptocurrencies, but it isn't going to Bitcoin, and Ethereum isn't doing much better.

Gone are the days when Bitcoin could be used as a proxy for the entire crypto scene because of how much Bitcoin dominated it.

For a lot of people, this is a good thing. Bitcoin has long been seen as an antiquated kind of crypto for people who are really into finding and vetting the latest small alt coins and betting on big upswings in price as others catch up.

For a whole lot more people, myself included, this is a problem. It's the wild west out there and outside of small investments there is no place for these kinds of assets in my portfolio and with my risk tolerance.

Thankfully, there are other options to profit from the crypto sector without that kind of exposure.

My friend and esteemed colleague, Christian DeHaemer, has been researching the best ways to do just that.

If that sounds like your kind of thing too, keep an eye out for more details. We'll let you know when his report is ready in the very near future.