I recently moved to Hunt Valley, Maryland — an unincorporated community smack-dab in the middle of Baltimore County.

It’s an area that’s locally known for many things, including its parks and hiking trails, as well as its upscale shopping center.

It’s also known as an area for equestrian sports and fox hunting. If you’ve ever wondered if people still participate in fox hunts like in all those old paintings you’ve seen, the answer is yes. And it’s extremely popular among Maryland’s higher social circles. They love it. 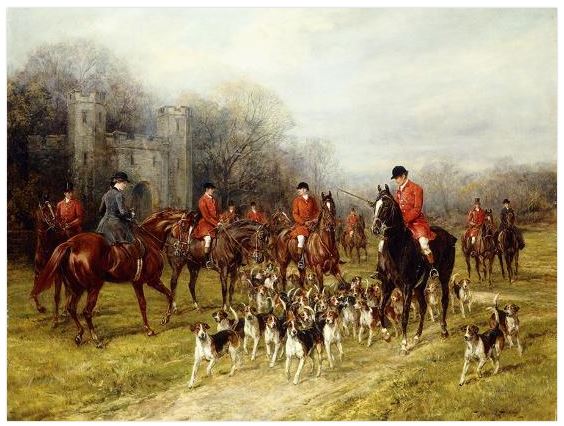 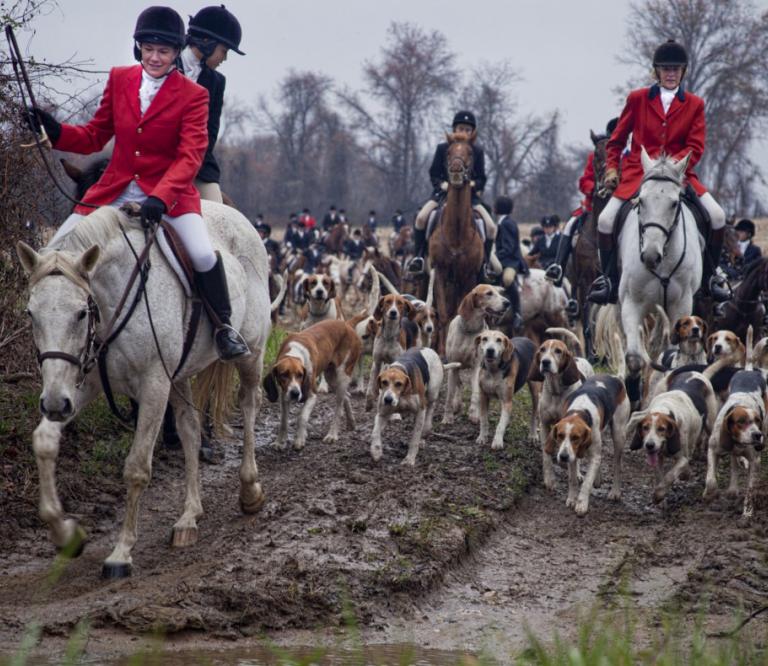 And it hides it very well.

If you drove around the area, chances are you wouldn’t even notice it. But take a look at this satellite image... 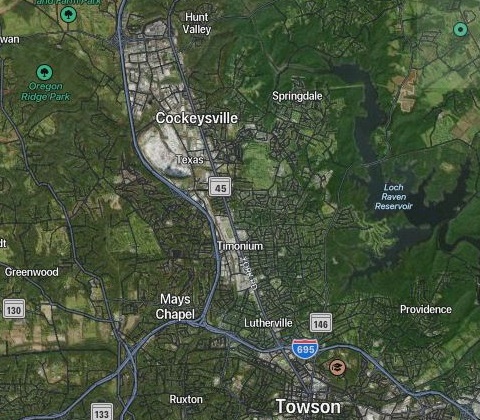 You see Hunt Valley at the top of the map. But take a look at the area below Cockeysville called Texas. 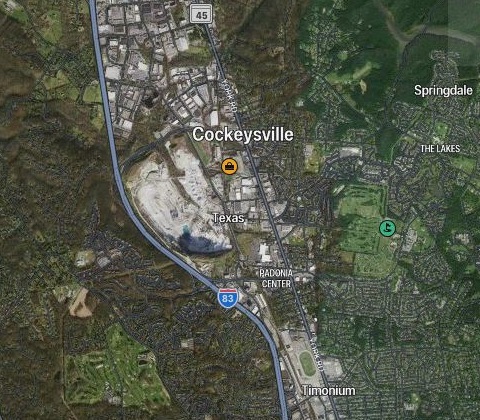 Do you see it? Let me zoom in some more. 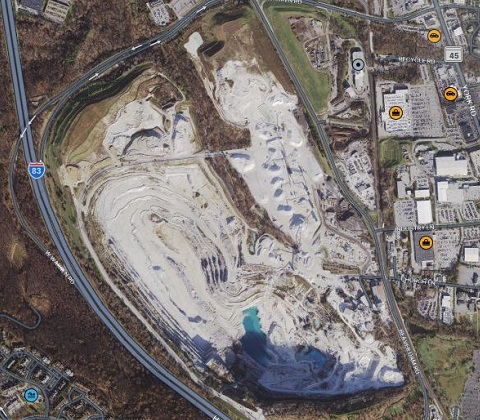 It’s a giant open pit mine.

This is the Texas Quarry, owned and operated by Martin Marietta Materials (NYSE: MLM). This is a quarry that has been mined since the pre-Civil War era. And honestly, it’s really not much of a secret. Everyone knows the mine is there. But it’s so well hidden from view that few recognize just how big this thing is.

The mine is said to be about a mile long and more than 500 feet deep. Below you’ll see a still image from drone footage over the mine. If you squint really hard, you’ll see a tiny blip of white in the trees at the top of the image. That’s a 53-foot tractor trailer heading south on I-83. 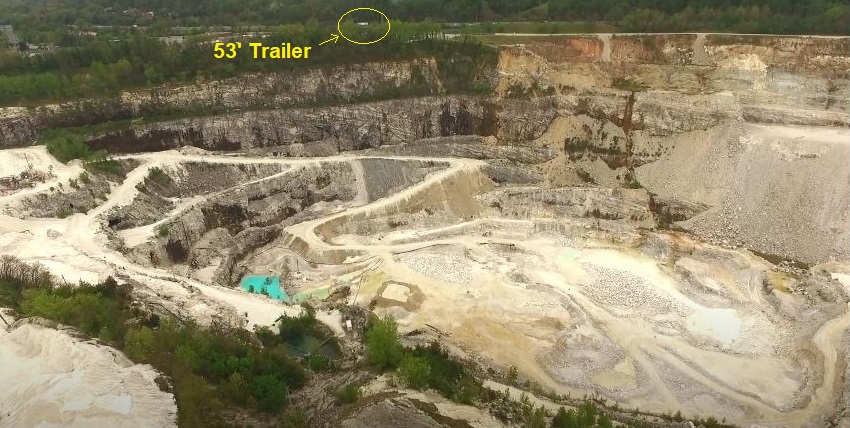 So what are they mining over at the Texas Quarry?

Gold? Silver? Diamonds? Nope. None of those. Something much more important. Something you rely on much more: rocks.

Martin Marietta primarily produces construction aggregates from the Texas Quarry. It also produces magnesia-based chemicals and dolomitic lime used in industrial, agricultural, and environmental applications. But the main product is aggregate that’s used for the construction of roads, rail, bridges, buildings, sidewalks, and other infrastructure projects.

It’s not very exciting stuff, but you’re going to be surprised to learn how much you really depend on construction aggregate.

According to the U.S. Geological Survey, each person in the United States uses an average of over 40,000 pounds of minerals each year. And almost half of that is construction aggregate!

To maintain our standard of living, the USGS says we need:

The top four are construction aggregates.

Where does it all go?

Roads, rail, bridges, buildings, sidewalks, and other infrastructure projects, as already mentioned. According to building materials firm CEMEX (NYSE: CX), 85,000 tonnes of aggregates are needed to build just one mile of an interstate highway.

The Federal Highway Administration says there are over 164,000 miles of highways in the U.S. — and 3.9 million miles of roadway in total.

And that’s just the roads!

The Texas Quarry is just one of hundreds of quarries, mines, and rock yards Martin Marietta operates. The company’s website says it has more than 500 locations in 28 states, Canada, and the Bahamas. Along with Vulcan Materials (NYSE: VMC), Martin Marietta is one of the largest construction aggregate producers in the U.S.

Of course, as a producer of construction aggregates, both Martin Marietta and Vulcan have seen their share prices suffer as recession and inflation concerns cast a shadow on near-term construction demand.

Fewer building permits being issued nationwide as well as subdued prices for other construction materials like lumber and steel support those near-term construction concerns. However, the spending from President Biden’s massive $1 trillion infrastructure bill has begun to be doled out.

According to CNN, “Most of the money from President Joe Biden's massive infrastructure bill is being handed out this summer and fall, nearly a year after passage, just in time for a campaign season he hopes will keep his fellow Democrats in power.”

Because, of course, no one in Washington can hand out taxpayer money without some career gain.

Biden hit the road yesterday to begin a tour around the United States where he will meet with state officials and representatives to promote his infrastructure bill. And I’m sure the pep rallies will be the usual bumbling and self-aggrandizing affairs we’re used to from Biden’s public outings.

However, Biden’s late summer tour might also give a boost to the nation’s largest aggregate producers, like Martin Marietta and Vulcan. I think you should keep both on your watch list.