In the spirit of the October month, I want to tell you a story about a haunted castle in West Virginia.

And as far as it being haunted… well, I don’t know if the castle is haunted by ghosts or a poltergeist like in the movies.

But I think by the end of this you’ll agree the story of the Berkeley Springs Castle is haunting itself. And I promise there’s an investment lesson at the end. 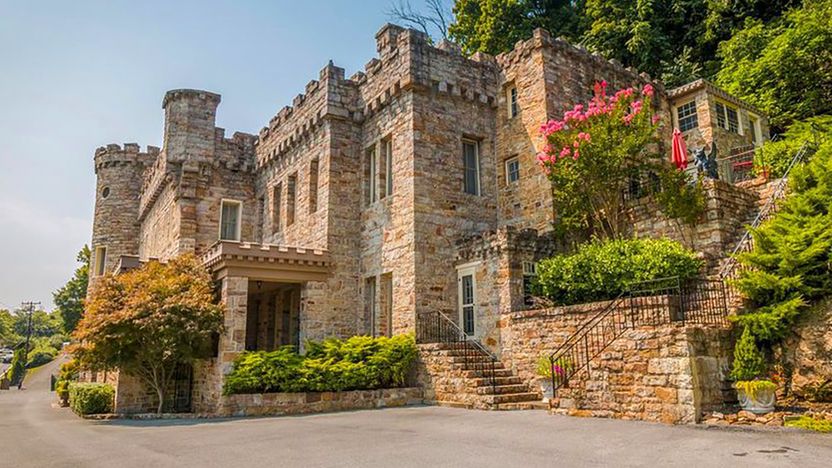 It’s kind of a long story, so I’m not going to include all the details. Moreover, in doing research for this article I came across multiple pieces of conflicting information about the castle's builder and his life. But here’s what I gathered…

The Berkeley Springs Castle was constructed between 1885 and 1891. The castle’s website says it took more than 100 skilled masons to complete the structure.

Built with local silica sandstone and set among lush garden terraces, the exterior features a round castle keep and crenelated battlements, all kept under careful watch by statues of apex predators and Gothic gargoyles.

Inside the castle measures 9,300 square feet and features a large foyer with a grand staircase, formal dining room, ballroom with stone fireplaces, original furnishings, tapestries and fine art, secret passageways... even a dungeon. 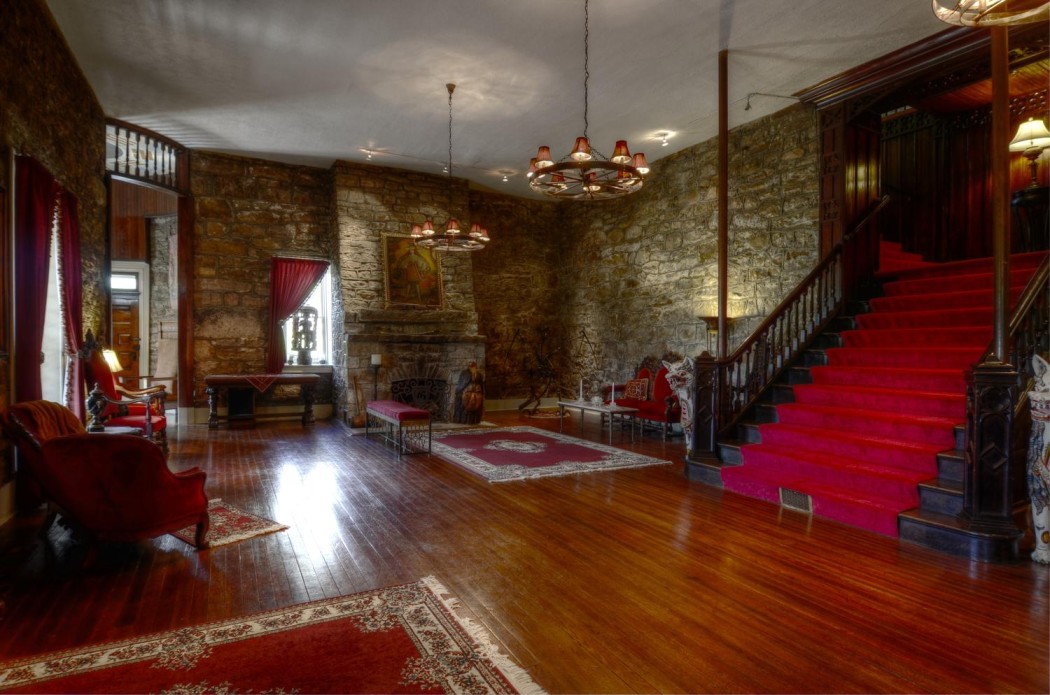 And the reason he built it?

Well, according to the castle’s website, “While most castles were built to prevent — or launch — invasion, Berkeley Springs Castle, also known as Samuel Taylor Suit Cottage, is a product of love.”

And if you’re telling the story in polite company or to children, that’s probably a good enough explanation. But the whole tale is much more complicated than a man building a castle for love.

Our story begins with conflicting information. Samuel Taylor Suit was born in Prince George's County, Maryland in 1830 or 1832, depending on which source you believe.

As a teenager, Samuel Suit worked for his father, Fielder Suit, who was an innkeeper. Little did Samuel Suit know it at the time, but his experience working with his father would pay off later in life.

As the story goes, one day Samuel had a falling out with his father over schooling and ran away from home at the age of 14.

He first went to Iowa and then to Louisville, Kentucky. It was there the young Suit got a job at a whiskey distillery.

Although he didn’t have much education, it’s said that Samuel Suit had “extraordinary business talents.” Those talents may have been a result of Suit’s experience working with his innkeeper father. Either way, Samuel Suit ended up buying his own distillery and making a fortune in the whiskey industry by the time he was in his mid-20s. 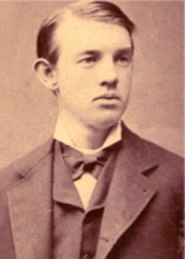 Samuel Suit as a Young Man

It was also in Louisville that Samuel Suit met his first wife, Sarah Ebenezer Williams. They married sometime around 1855. Suit was at least 23 years old and Sarah Williams was about 18 or 19.

Tragedy struck, however, soon after Sarah gave birth to their first child. In 1857, only days after she turned 20 years old, Sarah Ebenezer Suit died.

Her death seemed to have deeply affected the young Samuel Suit, because shortly after she died Suit moved his life to New York City.

While in New York, Suit became heavily involved in the stock market. He even managed to obtain a seat on the New York Stock Exchange, which was quite prestigious at the time.

Through his new position on the stock exchange, Samuel Suit met many wealthy and powerful people in New York. One of them was Arthur Wilmarth, president of the New York Home Life Insurance Company.

But more important to this story is Wilmarth’s young daughter Aurelia.

I can’t find exactly when Samuel Suit met Aurelia Wilmarth. But the two were married around 1859. Suit was at least 27 years old, while it’s said Aurelia was nearly 10 years his junior at 18 years old.

Suit’s marriage to Aurelia rapidly advanced his already climbing social status. However, the marriage was said to be tumultuous from the beginning, with the couple spending long times apart. They had only one son, in 1861, although they would officially be married for the next 20 years.

During the Civil War years, Samuel Suit’s story goes a bit cold. There is at least one source that claims Samuel Suit fought in the Civil War under Robert E. Lee. However, at the same time there’s another source that claims Suit fought for the Union Army during the war. So I don’t know. Given his social and business positions, it seems more likely Samuel Suit would have fought for the Union Army. But, again, I don’t know for sure.

Either way, after the war (sometime around 1867) Suit moved his family back to his hometown in Prince George's County, Maryland. In PG County, Suit bought up large tracts of land right outside of Washington, D.C — somewhere between 300 and 800 acres, depending on the source.

On one large property, Suit built a mansion with lush gardens and animals he imported from around the world. Suit called the estate “Suit Land.”

Perhaps harking back to his childhood growing up as the son of an innkeeper, Suit turned Suit Land into a popular resort destination for D.C. politicians. The grounds were visited by U.S. presidents Ulysses S. Grant and Rutherford B. Hayes, and Suit Land was the scene of negotiations to settle the Alabama Claims.

Today much of the unincorporated community of Suitland, Maryland, sits on top of Samuel Suit’s former property. 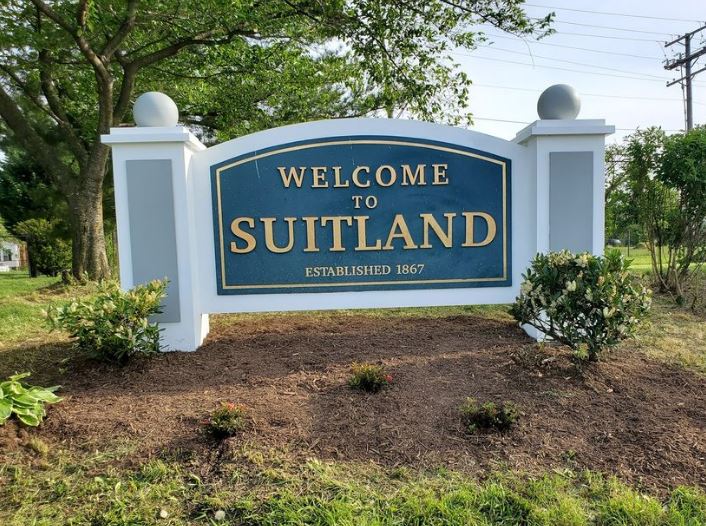 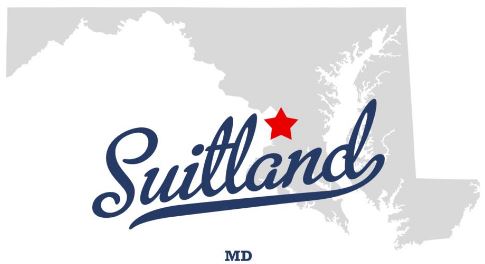 Over the next decade Suit would remain in Maryland with his family making new political friends and eventually open a new distillery.

With his new political clout, Suit would continue to do well in business, climb the social ladder further, and eventually become a Maryland state senator in 1873.

However, tragedy struck again in 1876 when the Suit Land mansion was destroyed by a fire. This forced Suit to declare bankruptcy.

Soon after, Aurelia left him, and the couple was divorced by 1879. But again, Samuel Suit didn’t let tragedy keep him down.

By this time Suit was almost 50 years old. Rosa Pelham was only 17. But that didn’t stop Suit from asking Pelham’s hand in marriage.

Now, I’ve got to pause the story here for a moment…

I don’t know if it was socially acceptable for a 50-year-old man to pursue a 17-year-old in the 1880s, but it’s obviously not acceptable today. Can you imagine the media circus behind a story involving one 50-year-old state senator pursuing the 17-year-old daughter of another state senator today? It would be the dream story for one political side or the other.

Either way Samuel Suit continued to pursue the young Rosa Pelham, visiting Berkeley Springs often. As the story goes, in 1883 Rosa Pelham mentioned to Suit she had always wanted to live in a castle. So Suit told Rosa that he would build one for her if she agreed to marry him.

And three days later the new couple was married in Washington, D.C. 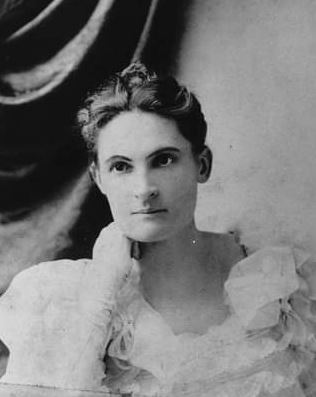 Construction on the Berkeley Springs Castle began a little more than a year later. And although it was not complete, the Suit family moved to the estate in 1887. In total it’s said the structure cost $100,000 to build, which would be more than $3 million today.

The following year, however, tragedy would strike again. And for Samuel Suit, this would be his last tragedy.

In the fall of 1888, Samuel Suit would suddenly die of unknown causes while at one of his residences in Washington, D.C.

But that’s not where the story ends.

That’s when the party started.

Rosa was now a very wealthy, attractive widow in her mid-20s… with an awesome party castle.

And party she did. Rosa became well-known among socialites for lavish parties. And with her castle she was dubbed “Queen Rosa.” 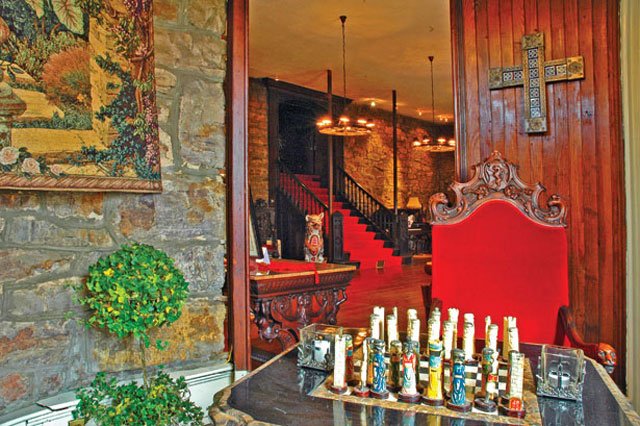 Rosa's money and looks attracted multiple suitors. However, Samuel Suit's will stipulated that Rosa would lose everything he left her if she remarried. So Rosa never married again. Buuuuut that apparently didn’t stop the young party queen from having many bedfellows.

Legend has it that one night there was an argument between Rosa and one of these bedfellows. Following that argument, the young man fell (or was pushed) from the roof of the Berkeley Springs Castle. As the young man fell to his death he cursed the heiress. And that curse has supposedly haunted the castle ever since.

Perhaps the curse was real. Because for Rosa, the party eventually ended. While Rosa lived it up, no one was paying attention to Suit’s properties or businesses. As a result, the businesses failed. And the money began drying up.

Soon Rosa was tapped out. She had spent or lost Suit’s entire fortune.

And by the 1900s, Rosa was evicted from Berkeley Springs Castle, traveled west with a son, and died there.

The story of Samuel Taylor Suit is the story of a man who kept bouncing back.

After his first wife tragically died, Suit didn’t rest on his laurels. He went to New York and doubled his fortune.

When his Suit Land estate burned to the ground and his wife left him, he didn’t sit around sulking. He went out, found a new wife and rebuilt his whole life.

But in the end, nature dictates that a man can only bounce back so many times before facing that grim fate.

The lesson I get from Samuel Taylor Suit’s story is this: Work hard and do well, but don’t expect to build an empire that lasts after you’re gone.

According to researchers, it’s estimated that 70% of wealthy families lose their wealth by the second generation. And 90% will lose it by the third generation. Samuel Taylor Suit’s wealth didn’t last one generation.

Put in the work. Live well. But don’t expect it to last forever.

And if you want to know more about the life of Samuel Taylor Suit, I would recommend this article by whiskey historian Jack Sullivan.