The Life of Brunn

It was one of the darkest and most shameful hours for humanity.

It came to be known as Kristallnacht — the Night of Broken Glass.

Over the next 24 hours, approximately 30,000 Jewish men would be arrested, taken away from their families, and deported to concentration camps.

Most would never return.

Historians often point to Kristallnacht as the precursor to Hitler's Final Solution and the brutal murder of six million innocent human begins during the Holocaust. 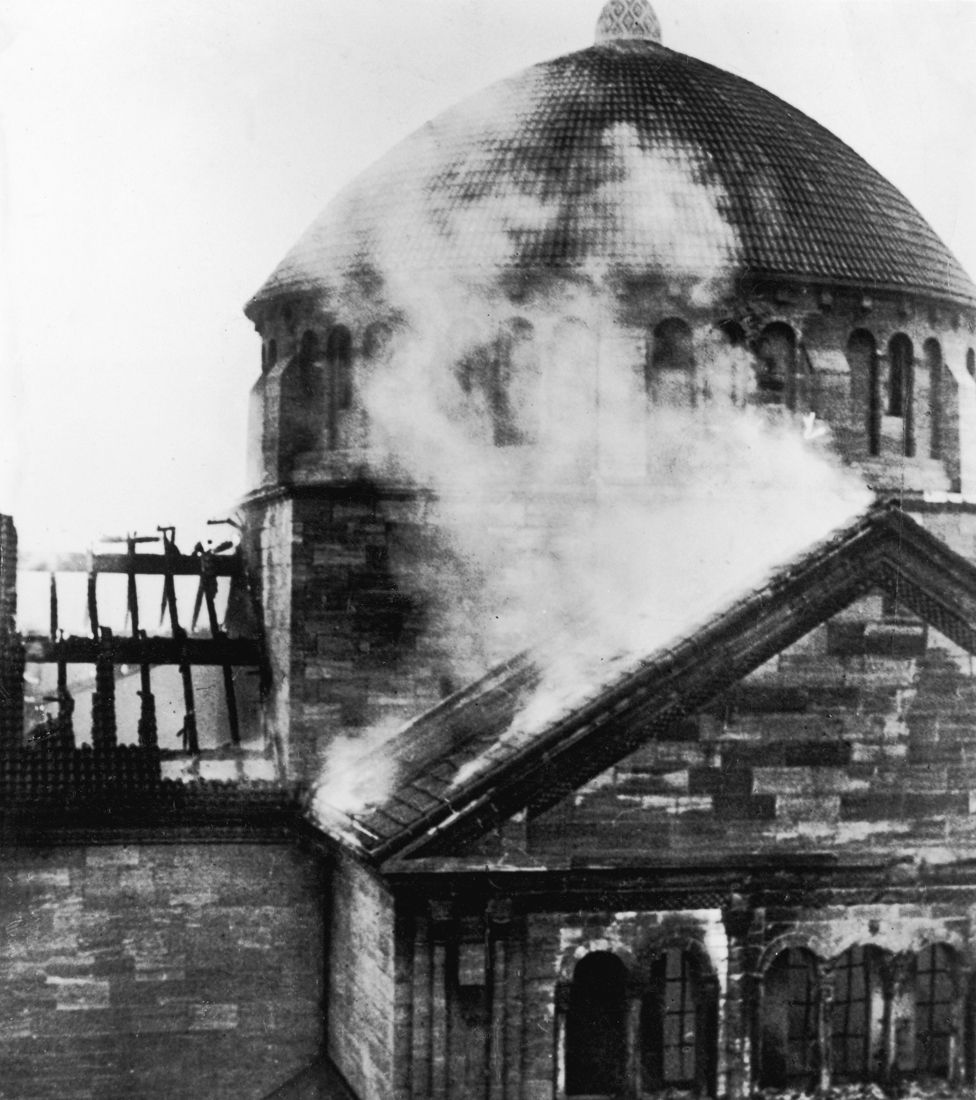 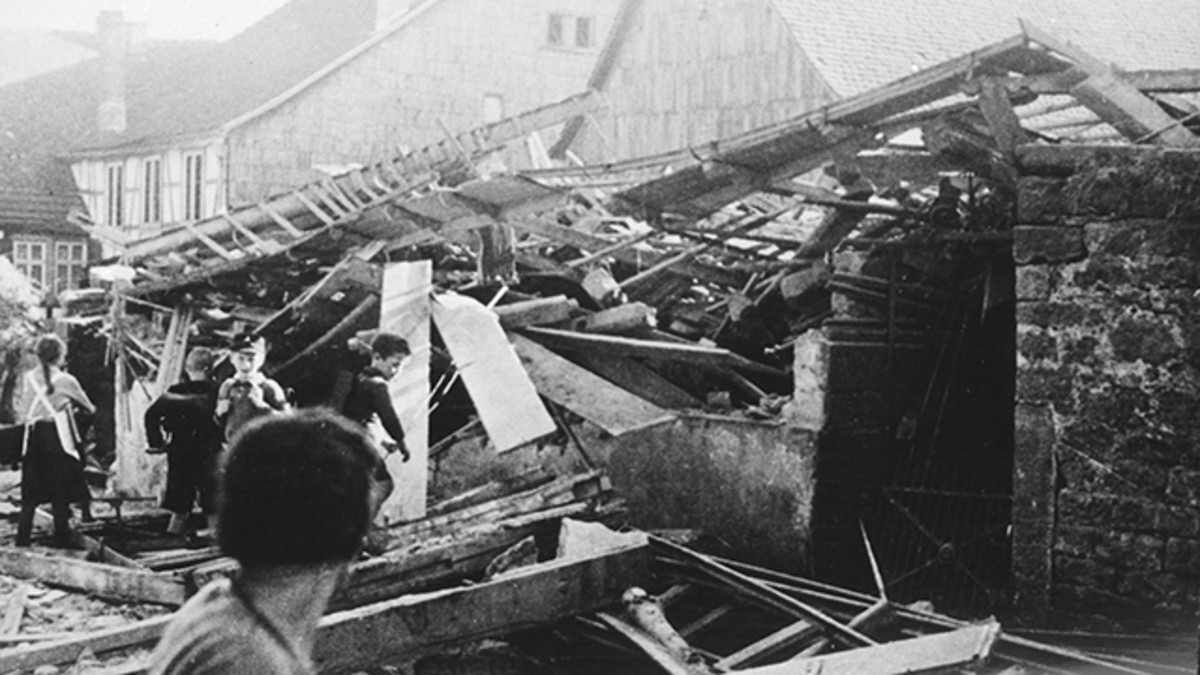 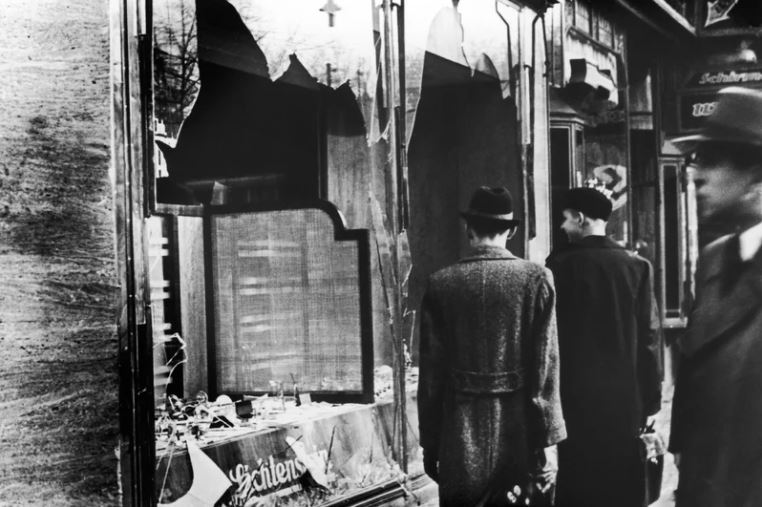 Among the people arrested and sent to concentration camps in the immediate aftermath of that night was a man named Gustav Brunn.

The Life of Brunn

Gustav Brunn was born in 1893 in a small village called Bastheim in central Germany.

At 13 years old, Brunn was forced to quit school because his family could no longer afford it. So it was then he started a tannery apprenticeship.

When WWI began Brunn was in his early 20s, putting him at the perfect age for conscription.

However, Brunn received a medical exemption from serving in the German military and eventually started operating his own tannery business.

In 2018 Gustav Brunn's son, Ralph Brunn, said in an interview about his father, “He was working with these small farmers and butchers, but at the end of the war, everything was short, especially spices.”

And that's where Gustav saw an opportunity for a new business.

Brunn found and made connections with importers in northern Europe and began selling spices. And his spice business was booming.

That's when the Nazis came into power and a wave of antisemitism swept across Germany.

Over the next few years, Brunn moved his business and family around Germany before ending up in Frankfurt. He hoped the larger Jewish population there would give him better business. However, Brunn found that he simply could not escape antisemitism in Germany. So he applied for a visa and was due to move to the United States by the end of 1938.

He didn't make it.

In the aftermath of the events on November 9, 1938, Brunn was arrested and taken to Buchenwald concentration camp, which was one of the largest camps in Nazi Germany, ultimately imprisoning some 280,000 people. 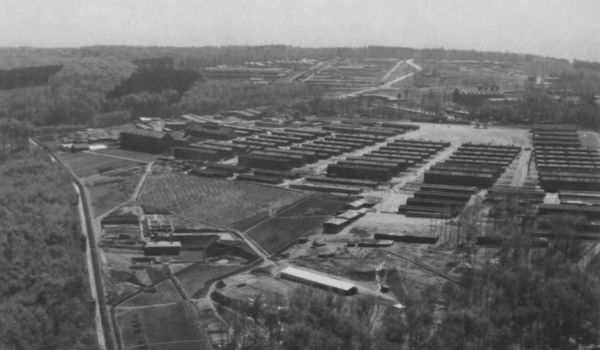 When Americans finally got to Buchenwald in 1945, the supreme commander of the Allied forces, Dwight Eisenhower, wrote: “Nothing has ever shocked me as much as that sight.”

Fortunately, with help from his family, Brunn managed to escape the Buchenwald concentration camp early.

And in 1939 Brunn and his family fled to the United States, settling in a row home in Baltimore City.

A New Life for Brunn

But his business was completely destroyed.

And he was financially ruined.

Brunn came to Baltimore with only a few pieces of furniture and a small spice mixer. And when he got here, life was still very difficult.

With an established background in spices, Gustav did find work at Baltimore's McCormick & Company (NYSE: MKC), which is today the largest manufacturer of spices and seasoning products in the world.

However, his English was poor and he was terminated from McCormick after a short while.

But that didn't keep Gustav down.

With no other prospects, Brunn decided to go ahead and start his own spice company. He had done it before, he could do it again.

With help from a spice importer in New York he knew from his business back in Germany, Brunn began the Baltimore Spice Company which sold spices to local businesses.

Brunn set up his shop right across the street from Baltimore's old fish market. And it was there where Brunn would go on to invent one of the most well-known seafood spices in the United States today. 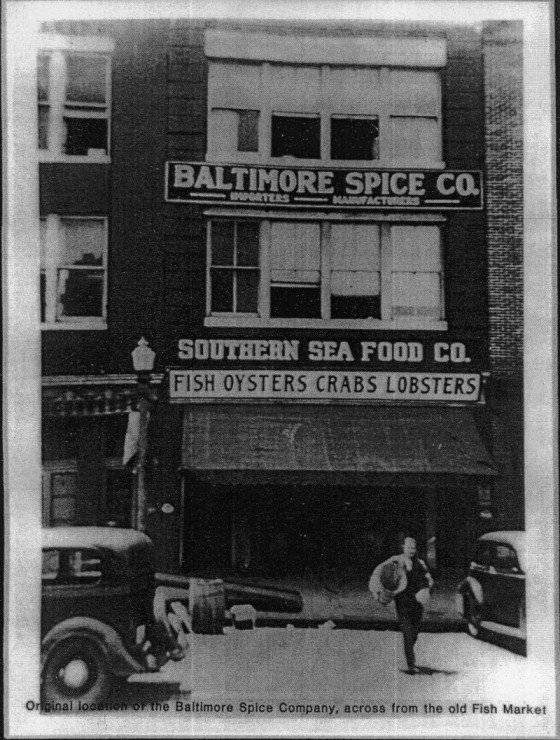 Sometime around 1940, Brunn developed a new seasoning, specifically to be used for shellfish, and particularly on shrimp and crabs.

Because, remember, his spice shop was set up right across the street from the main fish market. It was a smart move.

So Brunn created this seasoning for the local market, naming it the “Delicious Brand Shrimp and Crab Seasoning.”

But Brunn didn't want anyone copying his recipe. But as per the Pure Food and Drug Act of 1906, Brunn had to list all of the ingredients to his new crab seasoning. So to prevent his competitors from copying his recipe, Brunn added small amounts of different flavors. And when he did that, he struck gold. In the same 2018 interview, Ralph Brunn said:

To [Gustav Brunn's] amazement, those minor things he put in there — the most unlikely things, including cinnamon and nutmeg and cloves and all kinds of stuff that had nothing to do with crabs at all — gave a background bouquet that he couldn’t have anticipated.

The Delicious Brand Shrimp and Crab Seasoning was a success.

But it needed a name.

That's when a friend of Brunn's in the advertising business suggested one.

And if you live anywhere in Maryland or the surrounding area, you already know exactly where this is going...

Brunn's friend suggested the name Old Bay, after one of the steamships from Baltimore. 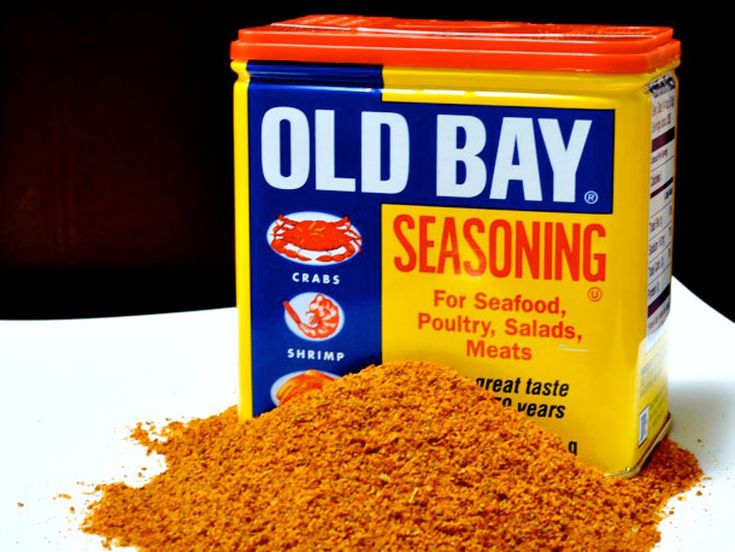 Now, I'm positive every Marylander knows where I was going with the story as soon as I mentioned the words “crab seasoning.”

Because I'm from Maryland.

And there is only ONE crab seasoning.

Old Bay is a staple of Maryland culture. We don't only put Old Bay on crabs and shrimp. We put it on everything: fish, chicken, beef, vegetables — I put the stuff on sandwiches. You won't find a Maryland household that doesn't have a can of Old Bay in the spice cabinet. 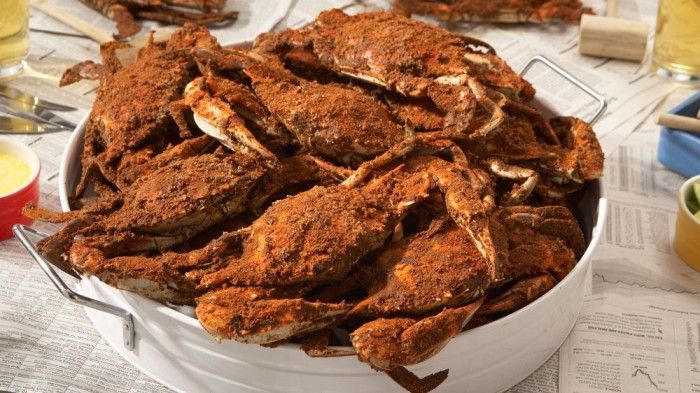 We even buy multiple different products that already have Old Bay on it. You won't find a restaurant in Maryland that serves buffalo wings that also doesn't offer Old Bay wings. 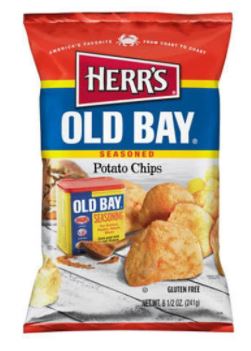 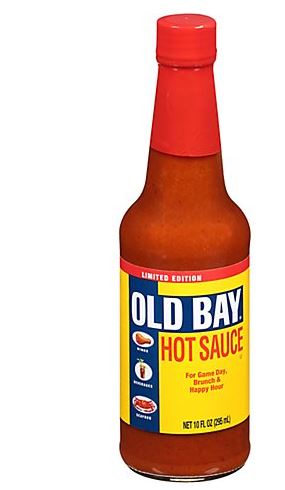 (And, yes, my dear fellow Marylanders, I recognize that Utz Brands makes the superior crab chip. But it doesn't use the Old Bay branding.)

Gustav Brunn eventually sold the rights to Old Bay, and ownership of the spice changed hands for several years.

That's when Old Bay was bought by a company from Brunn's past: McCormick & Company.

Today, McCormick still owns the rights to and produces Old Bay. And its popularity has never faded.

Old Bay is so popular, it has become a common tattoo. 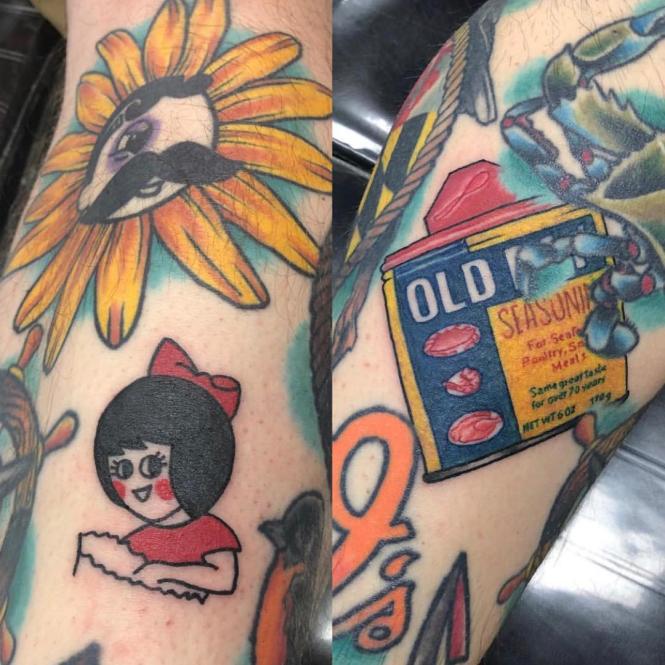 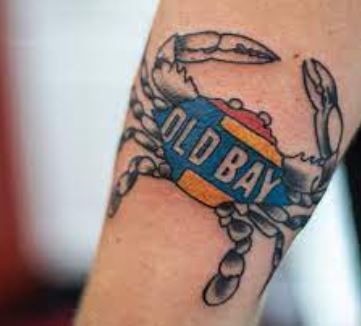 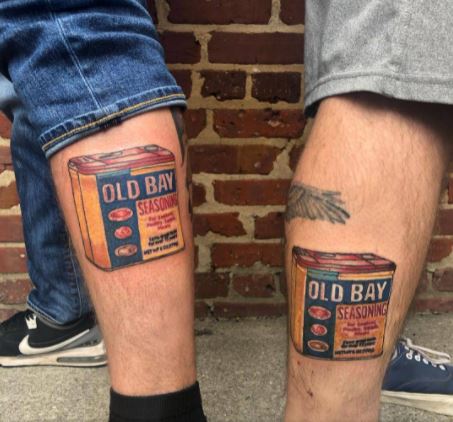 You see, Old Bay really is special to Marylanders. It's not just me, I promise.

And it might be special because there really is nothing that brings Marylanders together more than Old Bay.

If you're from Maryland, you love Old Bay.

You can have a small-talk conversation about Old Bay with anyone in Maryland at any time and they'll happily engage. When I wear this face mask out, people are always tossing me thumbs up. 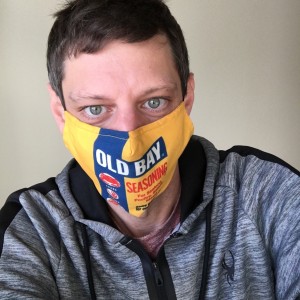 Old Bay is the tie that binds Marylanders.

And it almost didn't exist.

On display at the Baltimore Museum of Industry, there is the spice grinder Gustav Brunn had when he fled to America: 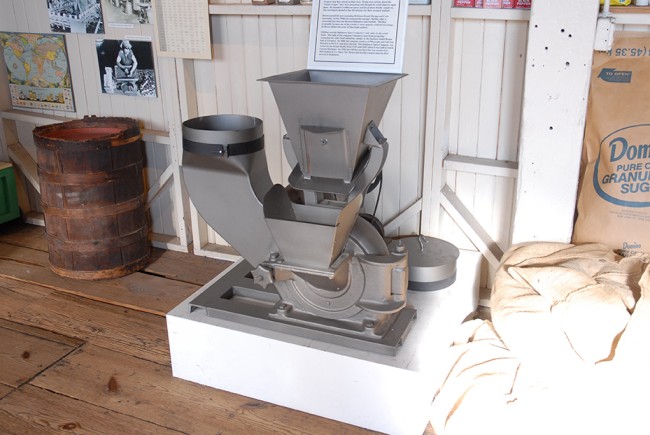 It's often said that you can't have something great without suffering.

If that's the case, and Old Bay's greatness is relative to his suffering, then Gustav Brunn certainly suffered much.

And despite it all, he managed not only to be a successful business man in the end, but Brunn's Old Bay turned out to be nothing less than a cultural icon... as least for Maryland.

So thank you, Gustav Brunn. Thank you. 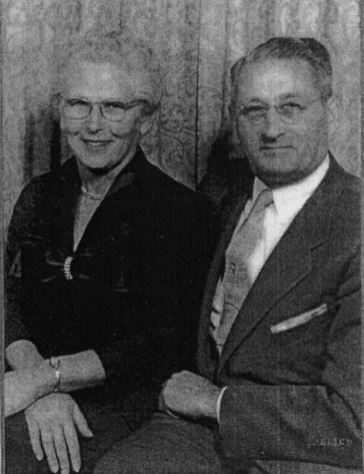