Europe is in crisis — that much is certain.

Energy is scarce and expensive for a huge portion of the world right now. If it weren't for a mercifully warm winter, some nations across the pond would be facing some difficult decisions right now.

But Europeans aren't the only ones with a major energy decision to make. The global energy economy is at a crossroads of sorts.

Russia is effectively gone, forced to peddle its wares to India and China.

The U.S. is shipping tanker after tanker of LNG to keep countries like Germany warm this winter.

And depending on who you ask, the entire planet is at risk of exacerbating an already-dire climate crisis.

We’re witnessing an unprecedented period of energy transition. Each country is scheming up its own unique solutions, but it’s still unclear which of them will succeed.

For now, my money is on Norway and Greenland.

Two Unlikely Players Could Solve the Crisis Before It Even Begins

Norway has recently made waves as it ramps up natural gas production to ship off to its neighbors, but for the most part neither country has a reputation as a titan of energy.

That’s all about to change.

Greenland and Norway just made a major step toward eliminating liquid fossil fuels like gasoline and diesel.

Their new solution is 100% green, carbon-free, and requires nothing but wind blowing through idyllic towns like this: 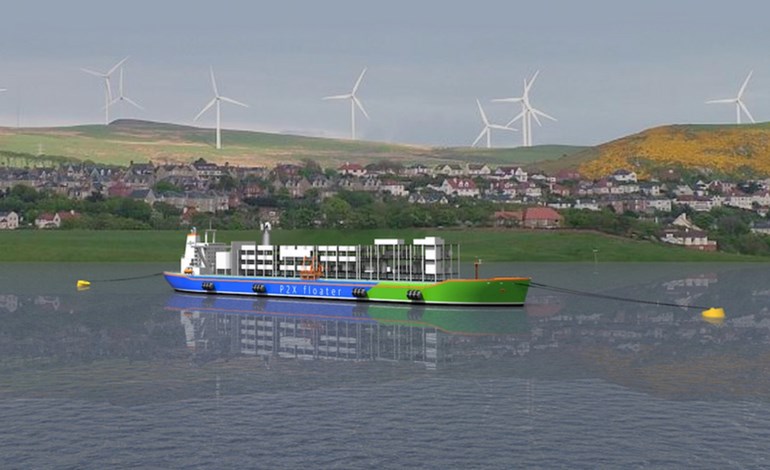 Using the vessel pictured above, the company behind this new idea plans to feed 100% renewable energy into an advanced fuel generation system to create a liquid fuel that blows competitors like hydrogen out of the water.

For countries with remarkably strong renewable energy infrastructure, doubling down on fossil fuels wasn’t an easy pill to swallow — hence the recent push for green fuel.

Europe in general is looking a bit too volatile to make any substantial investments in right now. Otherwise we would be recommending this company in a heartbeat.

But watching more and more stories about green fuel pop up recently has made me realize one thing: Diesel's and gasoline’s days are numbered.

As soon as the energy sector can scale up this new green fuel technology, it will be everywhere — your car, your house, even commercial airplanes….

Everything will run on green fuel.

Don’t Wait — Get Your Piece of the Action NOW

This green fuel isn't something that will be confined to a laboratory for the next decade. The science is practically ready.

The thing is we know exactly what this fuel is. It’s been a cornerstone of modern life since the 1960s for various reasons.

The REAL discovery is how to pull it directly from the air using nothing but renewable electricity.

This remarkably small company — practically nonexistent by energy sector standards — has found a way to generate 100% green fuel from nothing but air and water.

It’s the type of discovery that usually exists as a plot device in a cheesy sci-fi movie, but this is the real deal.

I don’t have nearly enough time to explain everything here; the science behind this stuff is mind-blowing.

To make it easier on you, dear reader, our team put together a quick presentation to break down the important details.

We could spend days just talking about the chemistry that powers this groundbreaking machine, but by then, the opportunity could already have passed. To say this is time-sensitive would be an understatement.