The BIGGEST Backdoor Disruptor to Energy in Years

A century ago, this equation saved the world from starvation:

Now it’s aiming to save the planet by solving climate change.

This is the equation for the Haber-Bosch process. It's been called “one of the most important industrial chemical reactions ever developed” for good reason.

The Haber-Bosch process converts hydrogen and nitrogen into ammonia.

This ammonia is the base for the world’s most common agricultural fertilizers — meaning without this equation, most of the world would starve to death!

Chemical engineer Claudia Flavell-While notes, “Without the Haber-Bosch process, we would only be able to produce around two-thirds the amount of food we do today.”

The importance of the Haber-Bosch process can not be overstated.

But ammonia is good for more than just fertilizer.

It can also be used as a safe, clean fuel.

The world spends a tremendous amount of energy just moving things around. Whether it’s passengers, food, furniture, Amazon packages, or any other freight, estimates suggest between 25% and 30% of the world’s energy is consumed in transportation.

And due to the fact that transportation still most often involves burning fossil fuels, there has been a major international push from governments and corporations alike to transition the world to using electric and hybrid-electric vehicles with lofty emissions-cutting standards.

It's been going well.

According to preliminary data from automotive research groups LMC Automotive and EV-Volumes, 7.8 million electric vehicles were sold worldwide last year. That was a 68% increase from 2021.

However, while the sector does continue to grow rapidly, it’s unlikely that governments and organizations will be able to achieve their idealistic emissions-cutting standards by solely relying on EV and HEV technologies.

Infrastructure, economics, and raw material issues (such as cobalt and rare earth elements) are just a few of the uphill battles the EV sector continues to face.

However, ammonia can help!

You see, ammonia can also be used as a fuel for internal combustion engines.

And unlike gasoline, it releases no poisonous carbon dioxide whatsoever.

Now, before you go try it, your car is not going to run on ammonia. Don’t put ammonia in your gas tank.

However, internal combustion engines can be manufactured or modified to run on a high-ammonia mixture.

So why haven’t we been using ammonia-based car engines this whole time?

Well, it’s not a conspiracy.

Producing ammonia via the Haber-Bosch process has simply been very expensive. It’s way cheaper to produce and refine crude oil into gasoline and diesel. 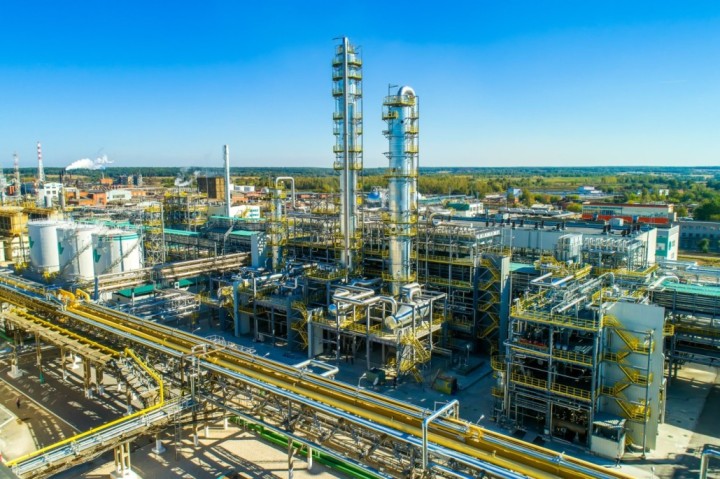 Don’t get lost in there.

Up until this point, producing ammonia for our vehicles with the goal of reducing our fossil fuel use really didn’t make much sense.

Our ammonia-burning engines wouldn’t be polluting, but the process that made the ammonia would still be emitting just as much carbon dioxide and other greenhouse gases into the atmosphere.

However, new technologies are swiftly being developed that promise to cut fossil fuels out of the ammonia manufacturing process altogether.

And that could be an absolute game-changer for the energy industry.

My colleague Keith Kohl recently told me about a research team he uncovered that has been working on a way to produce ammonia without using any fossil fuels at all.

He says their process generates it from nothing but air and water.

This radical upgrade to the Haber-Bosch process would help alleviate the world’s dependence on fossil fuels once and for all.

Right now, Keith tells me the team is perfecting the process and looking for investors. Learn more about the team and the technology here.

Experts call the team’s Haber-Bosch upgrade "the biggest backdoor disruptor we’ve seen in the energy space in years" — and it could represent a huge profit opportunity for early investors.