We’re just a matter of days away from collecting all our tax forms and finding out how much of our income to dump in the U.S. government’s money hole.

Every year during tax season I come back to something The Onion made about a dozen years ago. It is one of the best satirical videos you’ll ever see: 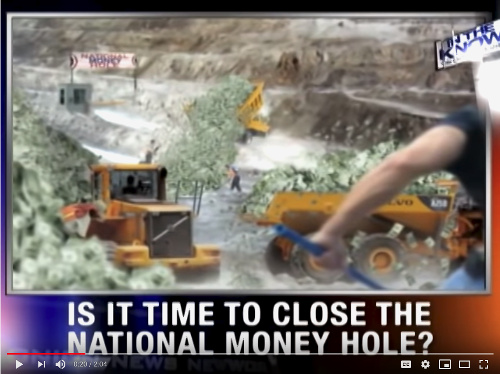 That raises the question, though…

What if you could get money out of the money hole?

This is no scam or trick, though there is a trick to it. Thankfully, it is an easy and very lucrative one.

The funny thing about the U.S. government is how much of it isn’t technically part of the government anymore.

You can look at just about any facet of the government and find evidence. 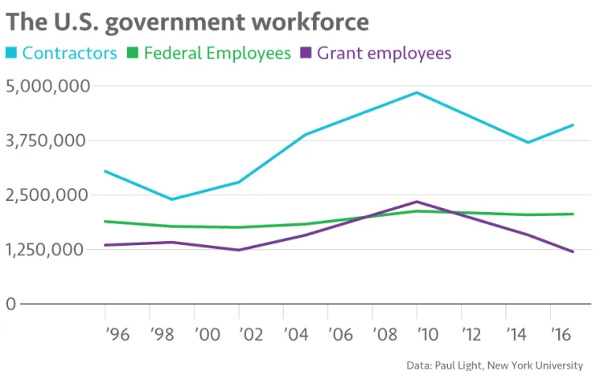 The Federal government workforce is mostly made up of people who don’t work directly for the government.

That is just the tip of the iceberg. Let’s look at federal contracting dollars: 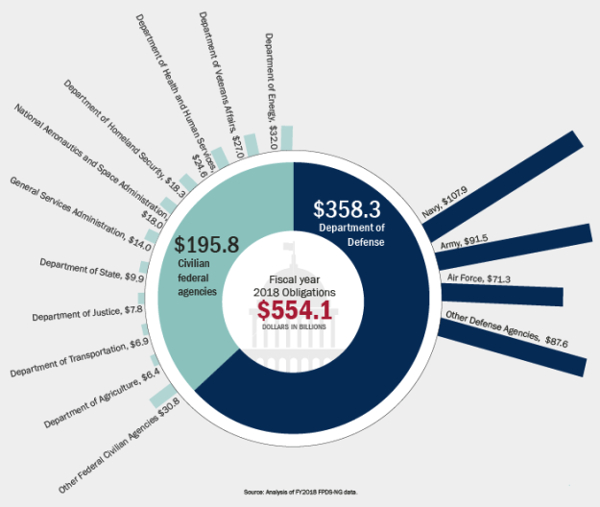 Over half a trillion dollars in 2018 went to contractors with a large majority of it going straight through the Department of Defense into private sector businesses.

Here is where our opportunity to collect our tax dollars back from the government comes in. You may even get far more than you’re throwing into the money hole.

The potential has been there for a good three decades now, but only recently have investors like us had a way to get in on the game.

It all has to do with how the government has privatized over the years and how the Department of Defense granted a unique security clearance to one company.

This company now has contracts with 31 different defense agencies, and it is required to return the vast majority of its profits to shareholders.

Those payments come out to a return of 8.5% per year, FAR more than virtually all dividend stocks or bonds out there.

And more importantly, the $3.7 billion it is paying out every year is functionally backed by the U.S. government.

Sure, it isn’t a rebate, or a tax credit, but it is a surefire way to set up a steady stream of income and claw back some of what you’re shelling out from every paycheck you get.

Jason Simpkins just unveiled how to start raking in these guaranteed government payments to his readers of The Wealth Warrior. Learn all about how to do this from Jason now.

By this time next year, you’ll be calculating how much the government paid you, and not the other way around.

Looking For a High-Yielding Safe Haven?
Outsider Club editor Jason Simpkins has found an income play that’s as secure and dependable as Treasuries, but offers three-times the yield.
Investing in Marijuana Without Getting Burned
The marijuana industry has rewarded scores of investors with life-changing gains.