Solder: Lead Is Dead. It's Tin for the Win.

I just received an order from Amazon for these two products. 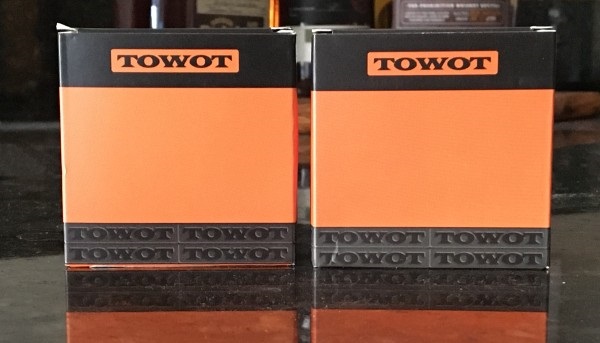 They come in identical packages.

But inside these two boxes are very different things.

Inside one of these small boxes is a dangerous, highly toxic substance that’s estimated to kill 900,000 people every year.

In the other is a harmless, non-toxic material which will act as the “glue” that holds together all future technologies.

It’s a material that researchers at MIT say will be more positively impacted by new technologies than any other… more than lithium and cobalt… more than copper, nickel, and zinc… and more than silicon, graphene, carbon, and synthetic fibers. 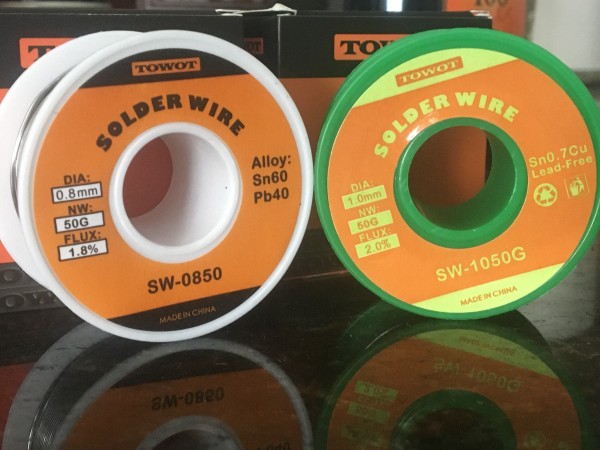 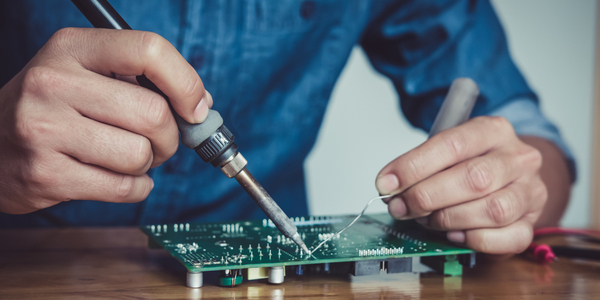 So what’s the difference between these solders?

How does one contain a dangerous, highly toxic substance and the other a harmless, beneficial material?

Take a close look at the label on white spool. 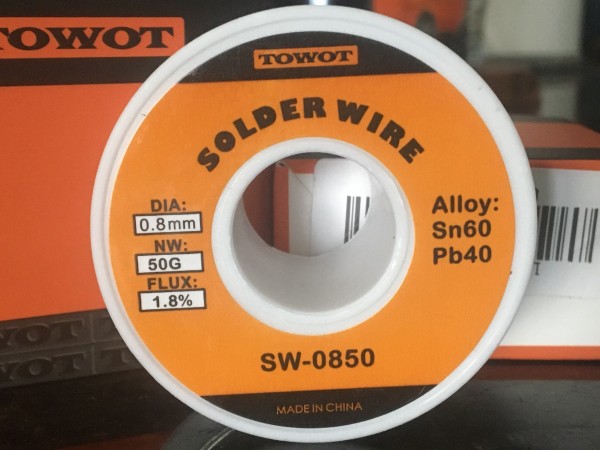 The label gives us several pieces of information. It gives us the name of the brand (Towot), tells us what the product is, gives the model number, and shows the country of origin. On the left, the label also tells us diameter of the wire, net weight of the product, and gives the flux percentage. But the most important part of the information about this solder is on the right.

On the right, the label reads:

What this is telling us is the metal composition of the solder.

"Pb" is the chemical symbol for lead. And Pb40 means this solder is 40% lead.

Now, there’s no doubt that when it comes to matters of health, there is an entire universe of misinformation out there.

And quite often there's scientific disagreement over what is and what is not healthy.

One week spinach lowers your cholesterol — the next it increases your chance for cancer.

But there’s no debate over lead. It’s nasty stuff.

The CDC says exposure to lead in children can result in brain and nervous system damage, learning disabilities, and hearing and speech impediments, among other issues. In adults, high levels of lead exposure may cause high blood pressure, heart disease, and brain and kidney damage — again, among other health problems.

In 2019 the Global Burden of Disease published a study that estimated approximately 900,000 people are killed annually due to lead-related health issues. They say this represents almost 22 million years of healthy life lost and hundreds of billions in economic costs.

Lead’s toxicity has been known for thousands of years. And public laws banning the use of lead products date back to the 17th century. But it wasn’t until the 1970s that lead abatement in America really began.

In 1971, the U.S. passed the Lead-Based Paint Poisoning Prevention Act. Then in 1976 the U.S. government began phasing out leaded gasoline. In 1978 the Consumer Product Safety Commission banned lead-based house paint. And then in 1986 amendments to the 1974 Safe Drinking Water Act banned lead water pipes and the use of lead-based solders for plumbing.

That’s why I mentioned earlier that the two solder products I bought from Amazon are strictly intended for electrical connections, like soldering components to circuit boards.

In 2006 the EU banned the use of lead in electrical and electronic equipment. Products containing lead-based solders are no longer allowed either.

However, it is still legal to use lead-based solder for electronics in the U.S., which is why I was able to buy it.

Lead-based solder is easier to use, causes fewer quality problems, and is much cheaper than lead-free solder.

Yet despite the advantages of lead-based solders, most major U.S. manufacturers have already made the switch to only using lead-free solder. That’s because it’s both 1) impractical to use different solders to manufacture the same products for different markets and 2) not worth closing off an entire continent of national markets just to save a few bucks on solder.

The lead-based solder I got from Amazon is used by hobbyists. So unless all of your electronics and appliances are more than 20 years old (or they were built by hobbyists) it’s most likely the circuit boards and such are soldered with the lead-free stuff.

So what is the lead-free solder made of?

Let’s take a look at the label. 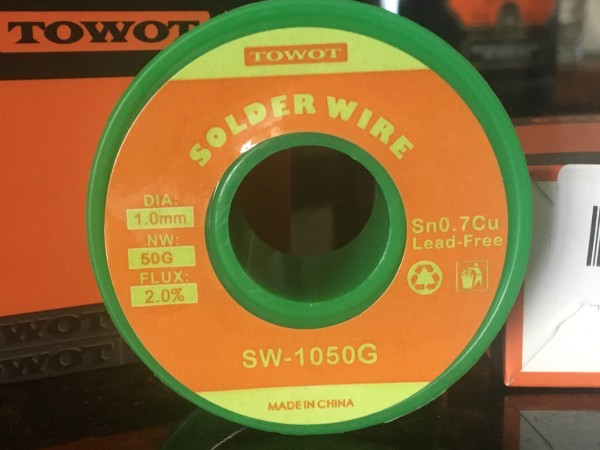 You already know what Sn means. Sn is the chemical symbol for tin.

"Cu" is the chemical symbol for copper.

So what this label is telling us is the composition of the alloy for this solder is 99.3% tin and 0.7% copper. No lead.

Hobbyists will continue to use leaded solder until U.S. laws are passed banning the sale and use of it totally. But the present and future of solder is mostly tin.

And that’s exactly why researchers at MIT said tin will be more positively impacted by new technologies than any other metal.

The demand for metals like lithium, cobalt, and nickel are obviously positioned to increase as the electric vehicle market continues to grow. Those are metals required for EV batteries.

And it’s evident the demand for minerals like tungsten and vanadium will rise along with advanced oil and gas technologies. These are critical alloy metals for the energy industry.

And it’s clear the proliferation of advanced computing and IT will boost demand for precious metals like gold and silver, which are used on circuit boards and in computer chips.

But there’s one thing all of these technologies need: solder to “glue” electricity together.

In 2018, Rio Tinto presented a chart from a study done by a research group at MIT. That study ranked various metals and minerals which were likely to be most positively affected by new technologies. Here’s the chart:

It’s tin for the win.

Tin is a relatively rare metal. And the majority of production and resources are located in China and southeast Asia.

According to the USGS, China and Indonesia account for 54% of the world’s tin production and control more than 38% of the world's tin reserves.

That means it’s not exactly easy for investors to get exposure to the tin market. There is no tin bullion market to speak of. There’s only one tin ETN and no other specifically tin-focused investment funds I’ve ever heard of.

There are tin contracts on the London Metals and Shanghai Futures exchanges. But the CME doesn’t list tin futures or options.

There are a handful of public mining companies open to North American investors that are involved in the tin industry in some way. But there are very few companies focused only on tin mining or smelting.

And that’s a shame because tin prices have been screaming higher on rising demand for consumer electronics and problems shipping metal out of Asia. 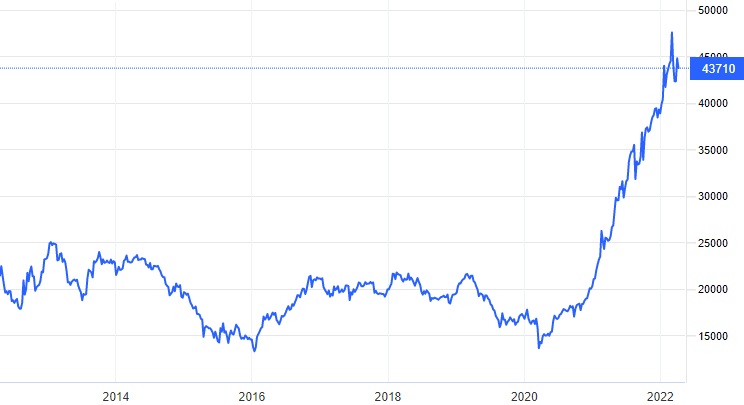 There is a lot to be said about tin and I’ve already taken up a lot of your time here. But we will continue to look for developing opportunities in the tin market and report back to you.

Tin not you thing?

Maybe you'll enjoy what my colleague Alexander Boulden is up to. He has taken on the task of exposing America’s elite. This group of insiders is gobbling up bigger and bigger pieces of the pie while everyone else fights for the scraps — and Alexander has had enough.

Alexander and his team have poured thousands of hours into developing a proprietary trading system that uses four powerful spotlights to find out what insiders are up to behind the scenes. With this system, he can pinpoint exactly which stocks are set to soar next…

Sign up today to be a part of Alexander’s Insider Stakeout and start beating the insiders at their own game.