While the country — and the world at large — is focused on the threat of a recession and the COVID-19 coronavirus outbreak turning into a full-blown pandemic, the new arms race is moving ahead at full speed.

Read on for an update on the latest from Jason.

There's a lot going on these days, so I just wanted to take a minute to update you on a handful of random plotlines I've been following.

These little tidbits are indicative of where we're at in the defense sector, as well as where we're headed.

So think of them as thematic.

For example, one of the major projects we’ve been tracking for the past two years is the overhaul of the United States’ ground-based nuclear deterrent — the Minuteman III.

These are the missiles that are tucked into underground silos, waiting to intercept an incoming nuclear warhead from a rival power.

The ground-based strategic deterrent (GBSD) was a key feature of America’s Cold War defense. But the Soviet Union — our top nuclear adversary — collapsed in 1991. And in the decades after, our defense priorities shifted to terrorism, and more widely-dispersed threats and proxy wars in the Mideast and elsewhere.

Now, the current GBSD is the third generation of the original Minuteman weapons program, and it was deployed in 1970. 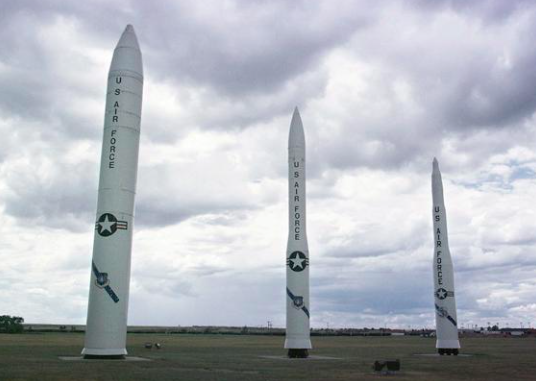 That means a key leg of our nuclear triad, and our country’s last line of defense against a nuclear attack, is 50 years old.

Especially since Russia and China have seriously improved their missile technologies, deploying hypersonics and other advanced munitions.

It has intercontinental range and the ability to fly as fast as Mach 20. As it closes in on its target, the missile with a maneuverable gliding warhead can adjust both altitude and direction to avoid defenses and fly low enough to avoid most interceptors.

And that, in a nutshell, is why the Pentagon has prioritized a GBSD overhaul, with a target date for completion of 2028.

In July 2019, the Air Force released a request for a proposal for the Engineering and Manufacturing Development phase of this program.

Initially, both Boeing and Northrop Grumman were expected to bid. However, Boeing withdrew from the competition citing "an unfair advantage" for Northrop Grumman — that advantage being Northrop’s previous acquisition of rocket motor manufacturer Orbital ATK.

This left Northrop Grumman as the sole bidder on the project. The award won’t officially come until August, but it’s essentially in the bag.

As such, it’s set to receive as much as $13 billion in research spending through 2025, larger sums are poised to follow. Indeed, the total value of the GBSD overhaul could be worth as much as $100 billion — maybe even more. (I’ve seen estimates as high as $140 billion.)

Remember, this is an initiative of vital importance. The GBSD has been neglected for decades, while our adversaries have pressed full speed ahead.

The Air Force has made it clear that a new GBSD needs to be fielded in 2029. And with no competition, any cost overruns will simply have to be stomached.

Still, Northrop Grumman may be the only bidder, but it’s not the only company profiting. And the company’s acquisition of Orbital ATK has prohibited other rocket motor manufacturers from horning in on the work.

Indeed, last fall, Northrop selected this company to be an integral part of its GBSD team, providing a large solid rocket motor system and a post-boost propulsion system.

Tucked away inside the Defense Advanced Research Projects Agency's (DARPA) most recent budget proposal was a $13 million request for an unmanned flying gun.

It's not entirely clear what the driving factors behind this program are. The brain trust at the Pentagon’s secretive facility may have a plan for it, or it could just be an experiment.

In either case, the UAV, dubbed “Gunslinger”, would be launched like a drone from under the jet's wing, after which it would fly off and engage aerial targets firing bullets and/or missiles. The unit itself would be expendable — essentially firing off rounds until it crashes or gets shot down.

This is what’s known as a “loitering” weapon. 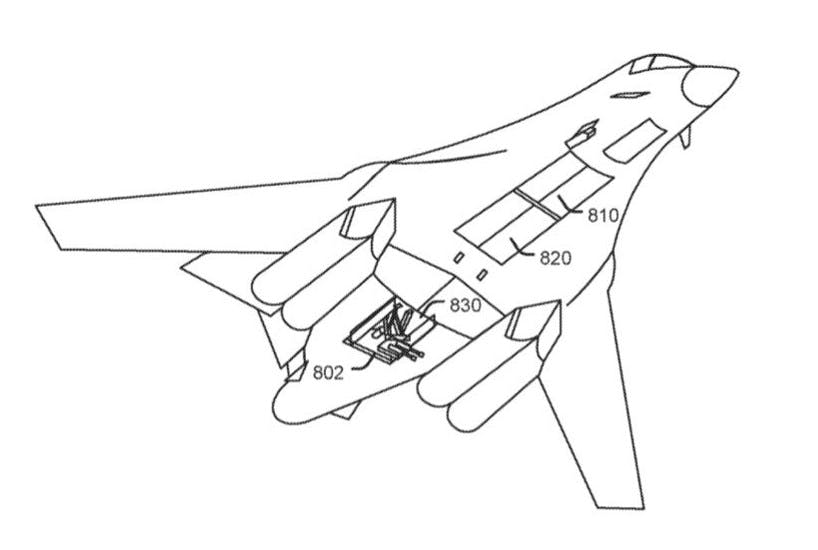 There are no clues as to the size of the weapon or what type or types of guns it might carry. It also does not say what types of aircraft would be capable of carrying these gun-armed "missiles" in the future, though it says that the plan would be to ultimately transition the project to the Air Force and the Navy.

The funding that DARPA is seeking for the 2021 Fiscal Year would go specifically to "trade studies, to include propulsion, munitions, sensors, GPS and communication," as well as conceptual design work and modeling and simulating potential concepts of operation for employing the weapon system.

In August 2019, Zelimkhan Khangoshvili, a former field commander and military officer who fought against Russia in the Second Chechen War as well as the 2008 Russian invasion of Georgia, was murdered in Berlin.

In addition to his work as an effective rebel, Khangoshvili was allegedly a useful source for Western intelligence agencies including the CIA, identifying Russian spies operating on foreign soil.

At the time of his death, Khangoshvili was walking through a park on his way back from the mosque he attended when he was shot twice in the head by an assassin on a bike carrying a silenced Glock 26.

The assassin then dumped the gun, bicycle, and a wig into the river Spree, but he was seen by nearby witnesses, and ultimately apprehended and identified as Vadim Krasikov.

Krasikov had a prior criminal history that involved at least two contract killings — one in Karelia in 2007 and a second in Moscow. 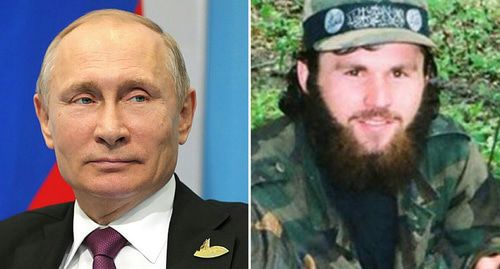 Russia, however, denied any involvement.

President Vladimir Putin’s spokesman, Dmitry Peskov, rejected any accusation of Russian involvement, describing it as “absolutely groundless.” And Putin himself derided Khangoshvili as a “cruel and blood-thirsty” militant.

“I don’t know what happened to him,” Putin said. “It’s a criminal milieu, and anything can happen there.”

Well, now further investigations by investigative news outlets Bellingcat, Der Spiegel, and The Insider have uncovered new evidence that Russia, and Putin, are full of shit.

Indeed, cell phone data obtained by Bellingcat shows that Krasikov spent four days at a training base outside Moscow run by the Federal Security Service, or FSB, a successor to the Soviet KGB.

The base, near the village of Averkiyevo, is equipped with multiple shooting ranges and is designed to train FSB officers in shooting techniques. Krasikov was also in frequent contact with Eduard Bendersky, who heads an FSB veterans association and runs private security agencies that provide services to state-owned companies.

Bendersky and Krasikov spoke by phone at least 20 times in the period of February-August 2019, with the phone calls becoming more frequent in the month before the assassin’s trip to Berlin. The last call was Aug. 13, just before Krasikov departed Russia.

Given all that, this case fits into a disturbing pattern of Russian assassinations carried out on foreign soil.

In 2006, Alexander Litvinenko, an FSB defector, was killed in London with polonium-laced tea. And in 2018, Sergei Skripal and his daughter Yulia, also living in Britain, were poisoned with a Novichok nerve agent. However, they lived.

Also, like I said up top, this is a running theme.

Putin isn't the only autocrat out there flirting with assassinations.

It's clear that Saudi Arabia's crown prince, Mohammed bin Salman, was behind the brutal murder of journalist Jamal Khashoggi.

And President Trump kicked a hornet's nest last month when he ordered the death of Iran’s top general, Qasem Soleimani.

That's not to excuse Putin's actions, of course.

He's an especially revolting breed of dictator. But it shows you the way things are going.

Simply put, they're getting uglier.

And war machines, nuclear or otherwise, are getting deadlier.