What separates Jimmy and our other editors is a dedication to "boots on the ground" research and due diligence.

It has paid off in spades. Thanks to Jimmy's research, his readers have made:

And that is just the tip of the iceberg. No closed positions incurred a loss and the open portfolio is up an average of over 111%.

Here is an example, and some video footage, from a recent fact-finding mission of a position that is already up over 200%.

Also, Jimmy returned from one of these "boots on the ground" trips (before the virus) to vet a company in a country rich in history but not familiar to most Americans due to decades behind the Iron Curtain — Romania.

Read on for some highlights and video footage from the trip.

I just flew home from a week in Romania. And boy, are my wings tired...

I was in Romania to visit a CBD processing company that could eventually be a major player in the European export market. The company operates in Romania, which was the largest and lowest-cost hemp producer in the former Soviet Union.

As you know, I'll travel to the ends of the Earth to dig up a new opportunity — even if it means diving into Dracula country...

However, I'd be remiss if I didn't share some of my impressions of Romania in the meantime.

Aside from the Dracula tales from Transylvania, I can honestly say that I didn’t know much about the country. But after a deep dive into its rich cultural history — the mysterious mountaintops, battered fortresses, and ancient castles — I can say with authority that it is one of the most interesting places I’ve ever visited. While Romania isn’t the first place on the tourist list for most people (it wasn’t on my radar), if my experience is any indication, it certainly deserves to be.

My video team and I landed in Bucharest and met our driver Adrian. I could immediately tell by his encyclopedic knowledge of Romanian history that we had found the right guy to shepherd us along the Carpathian mountains from Bucharest to Brasov, Transylvania all the way to Iaşi. Adrian spent the last 10 years escorting everyone from international tourists like ourselves to working as a personal driver for the super-wealthy Gypsy royalty (those stories alone were worth the price of the trip).

Adrian glanced at our agenda and quickly (and strongly) suggested some major changes. Our first stop would now be a massive salt mine in the small town of Slănic. I took Adrian’s word for it and I’m happy I did. First, we boarded a small van that descended through a dark tunnel that seemed to stretch on forever. After 15 minutes we arrived in the shaft of the mine, and it felt far more like a Bond villain’s lair than a salt mine.

It was chilly, quiet, and incredibly large. Our voices echoed for several seconds after speaking. The ceilings were almost a thousand feet high (just look at the other visitors in this picture for scale): 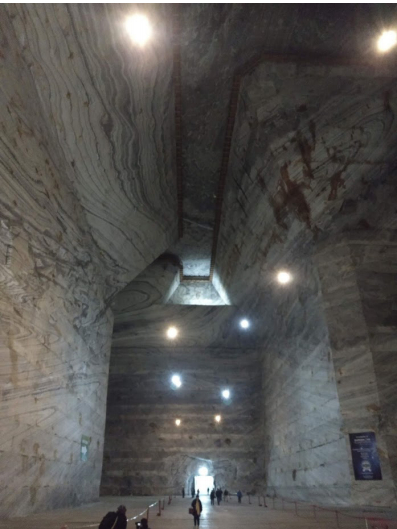 “Salina Slanic” was started in 1938 and mined from 1943 to 1970. Now it is used as a museum, complete with salt sculptures of famous Romanians and Dacians. It is well known as a place of healing, with many believing that the salts have restorative powers. In fact, you can buy a monthly pass in order to sleep in one of the many beds that line one part of the mine.

The entire experience was indeed restorative after a long flight, and was an unexpected but beautiful start to the trip.

We returned to the van and headed into the Carpathian Mountains, where we stopped in Sinaia — the home of Peleș Castle. It was constructed for King Carol I — Romania’s first king. It is massive (34,000 square feet with more than 170 rooms) and resplendent, as you can see in this photo I snapped: 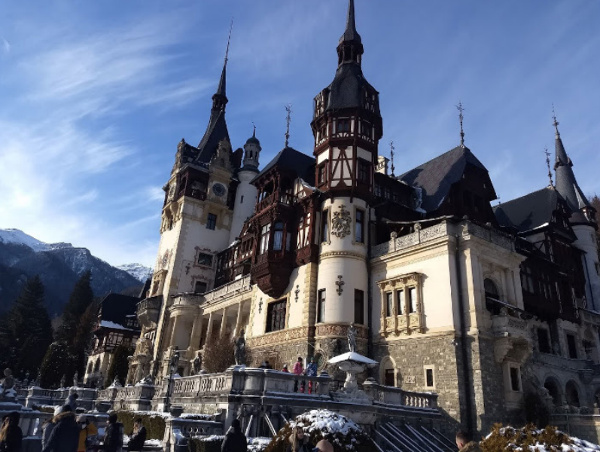 It was also ahead of its time; it was the first castle in the world powered by locally produced electricity.

Over its lifetime, Peleș Castle has been visited by everyone from Richard Nixon to Muammar al-Gaddafi to Yasser Arafat.

From there we traveled to Brasov, Transylvania, where the Dracula myth comes from. We visited Bran Castle, which is said to be the inspiration for Bram Stoker’s Dracula. Here is my view from the bottom of the hill: 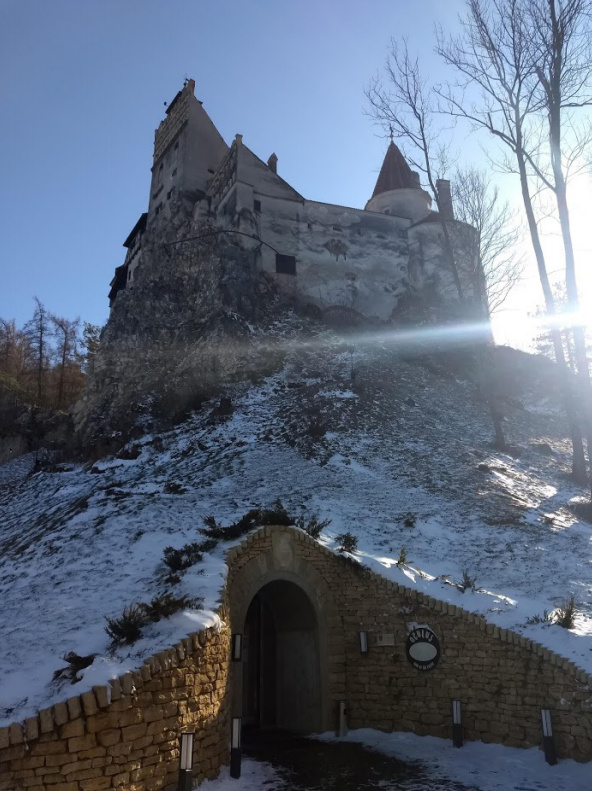 You can see why that would be the case. While it had a classic, regal feel to it — Bran’s Castle was certainly a bit creepy. It even had a medieval torture room that I’ll spare you. The story goes that Vlad Țepeș (aka Vlad the Impaler, aka Vlad III Dracula) spent a few restless nights here while fighting off the Ottoman Empire.

To dissuade the Turks from attacking Transylvania, Vlad thought up a master plan: he scared the absolute hell out of them by impaling thousands of invaders in the mountains leading into Wallachia. It is referred to as the “Forest of Flesh”:

The sultan’s army entered into the area of the impalements, which was seventeen stades long and seven stades wide. There were large stakes there on which, as it was said, about twenty thousand men, women, and children had been spitted, quite a sight for the Turks and the sultan himself.

The sultan was seized with amazement and said that it was not possible to deprive of his country a man who had done such great deeds, who had such a diabolical understanding of how to govern his realm and its people.

And he said that a man who had done such things was worth much. The rest of the Turks were dumbfounded when they saw the multitude of men on the stakes.

I also took in some less creepy attractions while I was there.

Our crew had the privilege of visiting the Biserica Neagră — or “Black Church” — in Brasov. It is the largest Lutheran Church in Eastern Europe. Once known as the Church of Saint Mary, invading forces started a massive fire during a raid in 1689, charring its appearance and leading to its current, more foreboding name.

We were also able to tour the Palace of the Parliament — the second largest government building in the world, outside of the Pentagon. It was commissioned by deposed Dictator Nicolae Ceaușescu in a bold display of Communist power and prestige.

Michael Jackson was so impressed that he even played an intimate show in this very room. 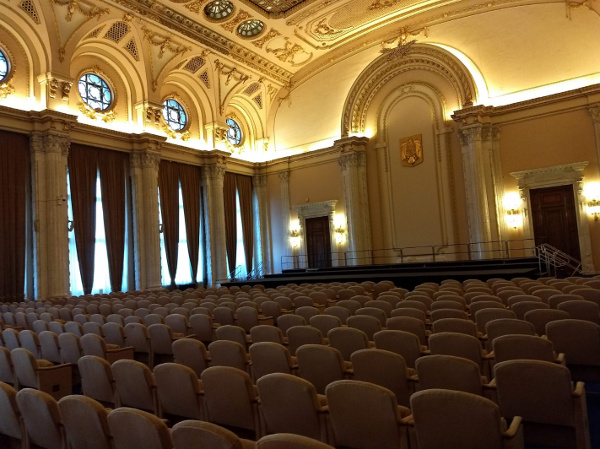 I could go on and on about our other adventures but I understand that this isn’t a travel newsletter. Just for pure interest, here is some of the video footage we captured during the trip. It really is fantastic.