Sneak Peek at The Wealth Warrior: Nuclear War With Iran Is the Endgame

Today we're bringing you the latest dispatch from Jason Simpkins to his readers of The Wealth Warrior, covering the full depth of the Iran stand-off and where it goes from here.

Jason's been right on the ball with both his predictions for geopolitical tensions AND with his defense sector stock picks.

He's putting the finishing touches on a brand-new research report covering one of the best ways to pull in cash for life from the defense industry. Keep an eye on our emails in upcoming days, as we'll be making this available to you very soon!

It’s weird watching how slow the media reacts, how pundits, observers, strategists, and every other talking head fails to see the truth until it smacks them square in the face.

They’re saying we're at war with Iran now. Have you heard?

Well, here’s a newsflash for your cable news chyron: We’ve been at war with Iran since Donald Trump got elected.

Where have these people been?

This is something I pointed out in the very first issue of The Wealth Warrior and have touched back on repeatedly.

It began with proxy wars in Syria and Yemen. It escalated when President Trump trashed the nuclear deal, reimposed sanctions, and began blasting out threats on Twitter. It heated up when Iran downed a U.S. drone and attacked the world’s largest oil processing facility in Saudi Arabia. And now, it’s fully erupted for all the world to see with the assassination of Iran’s top general, Qasem Soleimani.

Welcome to the show.

And yet, while the media is slowly coming to realize that we’re backsliding into an all-out war with Iran, they’re still in denial about the possibility that that war could turn nuclear.

That is something I warned about all the way back in June 2017 — a whole year before I even started The Wealth Warrior.

Indeed, the fear, nay suspicion, that the United States would get drawn into a nuclear war was a huge motivating factor for starting this newsletter.

2. Donald Trump is prone to taking extreme actions, rather than half measures.

4. A war, especially a nuclear one, would be a welcome distraction from political scandals.

Today, these points continue to resonate.

Donald Trump is once again lashing out with bombastic threats on Twitter — even going so far as to threaten war crimes. 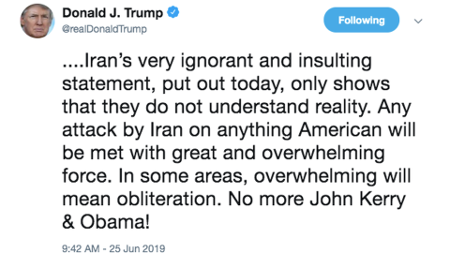 These threats are almost comically unhinged, but they’re also serious.

He really means this stuff.

Trump has been floating the nuclear threat since at least 2015 — before he was even running for president.

“Somebody hits us within ISIS  —  you wouldn’t fight back with a nuke?” Trump asked Chris Matthews five years ago. “Why are we making them? Why do we make them?”

“Look, nuclear should be off the table,” Trump added. “But would there be a time when it could be used, possibly, possibly?”

Trump expanded on his position the very next day in an interview with Fox News, saying he wouldn’t rule out the possibility of using nukes in Europe.

“Europe is a big place,” Trump said. “I’m not going to take cards off the table. We have nuclear capability… The thought of it is horrible. But I don’t want to take anything off the table.”

And then, after he got elected in 2016, Trump offered the very same questions to the intelligence officials debriefing him in the White House.

“If we have them, why can’t we use them?” Trump asked, not just once, but three times.

Trump has also demonstrated much less concern for civilian casualties as collateral damage.

As you can see, there’s been a sharp spike in such deaths since Trump took office...

So based both on word and deed, the reality is that Donald Trump does not care about the devastating effect of nuclear weapons.

He’s willing to use them. He says he is, and he means it.

And depending on the nature of Iran’s retaliation, he could be triggered into deploying them.

As I’ve said, all of these factors have been in play for years. There’s always been a sense that Trump would be more than willing to go nuclear.

What’s been missing is the requisite provocation.

And we got a taste of that last night, when Iranian forces launched more than a dozen missiles at two Iraqi bases housing U.S. troops.

And that's just the beginning. Iran was already feeling cornered by Trump’s threats, sanctions, and the abandonment of the JCPOA nuclear deal.

Now, the country’s leaders are more certain than ever that this administration has it out for them. And they really don’t have much choice but to fight back.

That's what they're doing.

But it's not always going to be as straightforward as last night's attack.

Yes, there are approximately 5,000 U.S. troops in Iraq, but they're now being asked to leave. 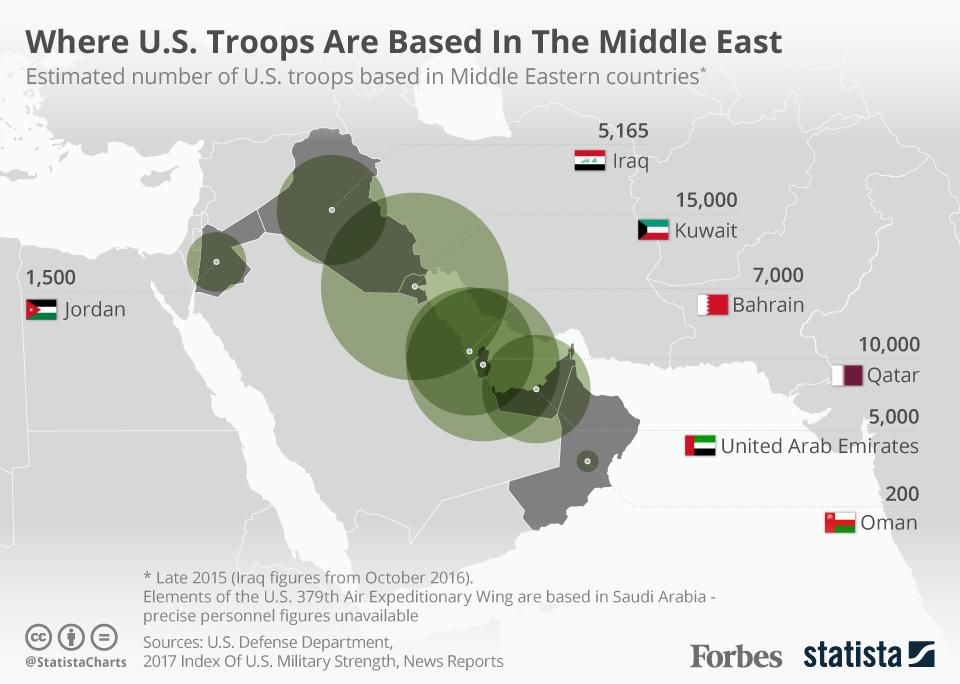 Iraqi Prime Minister Adil Abdul-Mahdi convened parliament to review the status of American troops in his country last Friday. By Sunday, the parliament had voted to expel the U.S. military altogether.

This is partly indignation at the U.S. actions, but it’s also a matter of safety.

"It would be difficult for Iraqi security forces to protect (US) forces after the recent events, given that unilateralism... has won over political decision-making," the Prime Minister said.

Other countries in the region will want us out too, and our allies are already fleeing for their lives.

They aren't worried about missiles from Iran so much as they're scared of Iran's proxies.

Remember, Iran controls dozens if not hundreds of satellite proxy groups throughout Iraq, Syria, and Afghanistan.

And that brings us to the next threat — Iran’s various proxies in the region. These forces could easily be tapped by the Iranian government, or they might even just take matters into their own hands.

"It might be argued that there could be proxy operations,” said Maj. Gen. Hossein Dehghan, military adviser to Iran's Supreme Leader. “We can say America, Mr. Trump, has taken action directly against us — so we take direct action against America."

"If (US troops) don't leave, then they will be considered occupation forces," said Iran-backed paramilitary commander Qais Khazali on Sunday night.

A drone attack remains a possibility, as well.

We saw this last summer when a swarm of 25 Iranian drones assailed Saudi oil facilities, disrupting half of the country’s crude production. 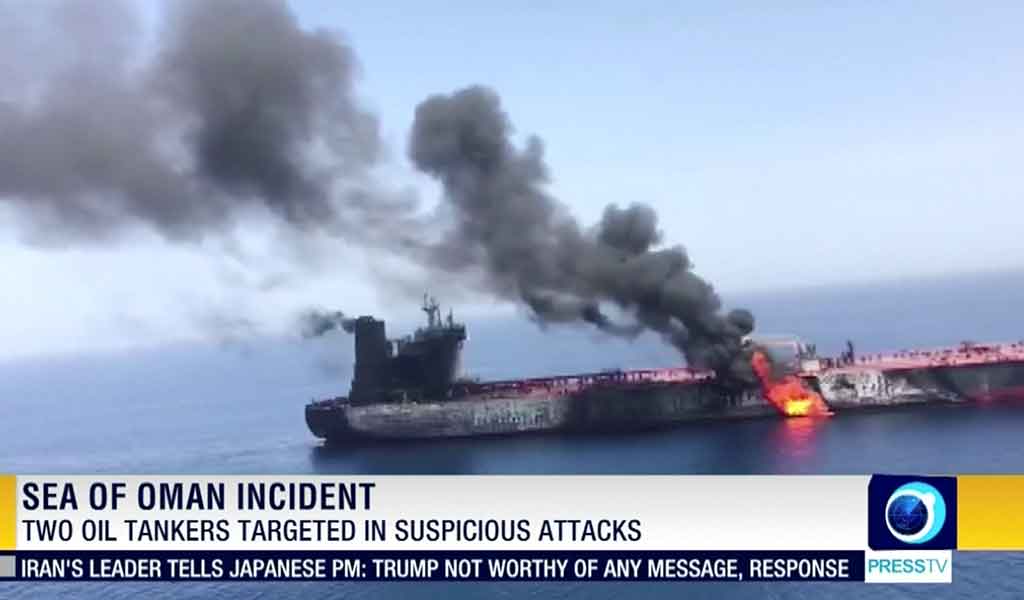 Similar swarms could be used to target U.S. assets and personnel. In fact, on Monday, American forces and air-defense missile batteries across the Middle East were placed on high alert to possibly shoot down Iranian drones as intelligence mounted about a threat of an imminent attack against U.S. targets.

Then, there are cyberattacks to worry about.

This is one area where Iran is especially advanced.

“They have enough capability that they don’t need to ask, ‘Can we do this?’” Lewis told the Washington Post. “It’s, ‘Do you want to do this?’”

From 2012 to 2014, a series of Iranian cyberattacks affected almost 50 financial institutions, costing tens of millions of dollars. 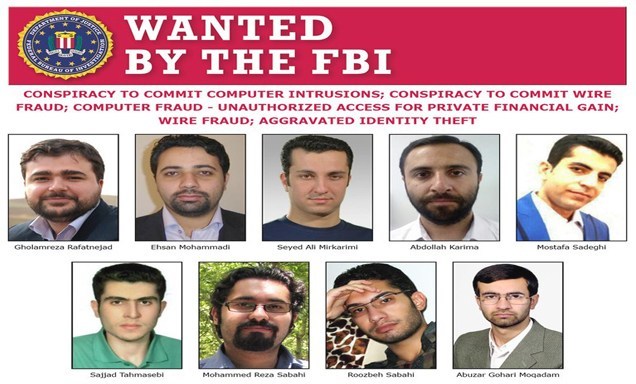 The repeated attacks disabled bank websites and kept hundreds of thousands of customers from accessing their online accounts.

Iranian hackers also stole a large amount of academic data from hundreds of universities in the United States and abroad, as well as email accounts belonging to employees of government agencies and private companies. And they’ve used malware to wipe out government data.

Iranian hackers could even hijack crucial machinery, such as the New York state dam, whose control systems they penetrated in 2013.

“We know that Iranian cyber operations are currently scoping and preparing to attack our networks — in all sectors of society — to see where they can hit us,” said Virginia Sen. Mark R. Warner, the top Democrat on the Senate Intelligence Committee.

And finally, of course, there’s the nuclear issue.

President Trump seemed to believe that scrapping the JCPOA and barking threats on Twitter would be enough to prevent Iran from restarting its nuclear program.

Well, the country was already building those capabilities back up prior to the Soleimani killing. But you can certainly expect that effort to now accelerate.

On Sunday, the country officially withdrew from the 2015 agreement, abandoning all hope that it could be saved by European powers.

"The Islamic Republic of Iran will end its final limitations in the nuclear deal, meaning the limitation in the number of centrifuges," the Iranian government said in a statement. "Therefore Iran's nuclear program will have no limitations in production including enrichment capacity and percentage and number of enriched uranium and research and expansion."

So the question now becomes: Is this something the U.S. can tolerate?

Will Trump turn a blind eye to Iran’s nuclear development the way he has with North Korea’s?

Or will it ultimately be used as pretext for a nuclear strike of his own?

These are questions we’re going to get answers to sooner rather than later.

You know my answer.

Donald Trump doesn't want an all-out land war, or another Mid-East quagmire to drag down his reelection chances. He'll nuke them before he invades.

P.S. I'm putting the finishing touches on a brand-new research report covering one of the best ways to pull in cash for life from the defense industry. Keep checking your email from Outsider Club - we'll be announcing this very soon!