Today we're bringing you a sneak peek at Nick Hodge's coverage of the copper market and a pair of positions that will do well digging up what Barrick Gold CEO Mark Bristow has said will be “the most strategic metal on this planet” in a decade.

Plus we have a very kind note from a reader regarding a unique perk for Wall Street's Underground Profits subscribers — a free gold coin.

The next one will be given away in March. There are still a couple days left to make sure you're eligible, so sign up if you're interested.

Copper was at seven-month highs north of US$2.80/lb before coronavirus took hold and knocked it back below US$2.60/lb. 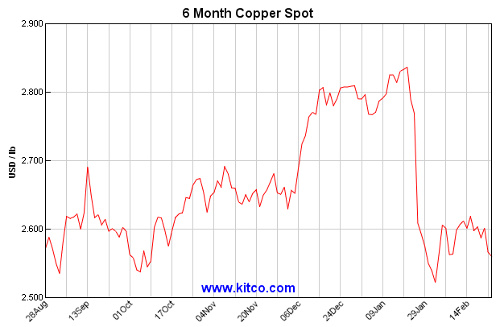 Copper is going to be the backbone of the electrification of everything over the coming years. Barrick Gold CEO Mark Bristow has said it will be “the most strategic metal on this planet” in a decade. Barrick is even rumored to be interested in buying Freeport-McMoRan’s flagship Grasberg mine in Indonesia.

Much of it comes from the giant Kennecott Mine in Utah, which is undergoing an expansion to access higher-grade material that is expected to see phase 1 completion near the end of this year.

Rio Tinto is also permitting the giant Resolution Mine in Arizona, for which a Draft Environmental Impact Statement was released in August 2019. The commenting period is now over and we’re awaiting the final EIS. Rio owns 55% of Resolution and BHP owns the other 45%. The project has the potential to supply up to 25% of the United States’ copper demand.

Copper is also why we own Ivanhoe Mines (TSX: IVN)(OTC: IVPTF), which is advancing three world-class projects: Kamoa-Kakula, Kipushi, and Platreef.

It is the fourth-largest copper deposit in the world and the highest-grade by far. 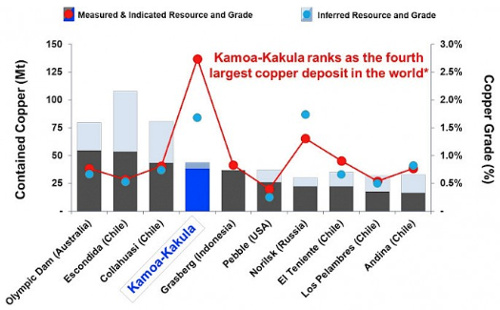 Construction is nearing completion on the underground ore transfer station. The high-volume conveyor system that will transport broken ore from underground to the surface is expected to begin operation in April 2020.

There is exploration upside at Kamoa-Kakula, with two rigs turning now.

I raised the buy-under price on Ivanhoe Mines to C$3.50 in December, and it has now pulled back to that price. You should be loading up.

In other news I am giving away one ounce of gold every quarter until 2021 to a member of this publication.

Not only did Walt say he appreciates the work that goes into Wall Street’s Underground Profits, but he also sent in a picture of himself with his brand-new American Eagle along with these kind words: 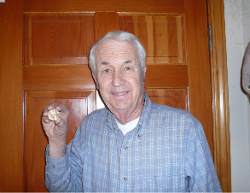 "Wow! Thank you Nick for the gift of the American Gold Eagle coin. Choosing to upgrade to a lifetime membership to Wall Street’s Underground Profits was a “no-brainer” since your in-depth analysis of the mining sector each month provides charts, graphs and much needed updates on the latest news on the industry and your stock recommendations. In addition to your analysis of gold and silver, you are addressing the on-going situation of the uranium industry. Because of the growing world debt, many of us believe that a “day of reckoning” is coming in the near future and gold and silver coins, bullion and stocks will greatly benefit and Wall Street’s Underground Profits will be there to provide great advice for investors.

Thank you again, Walt A."

Walt, enjoy the coin! And thanks for being a lifetime member! The next coin will be given to a random member in March.

That means there are still a couple days left to sign up and become eligible. All you have to do to be eligible is be an active, paid up member. Don't miss your opportunity.