Russians, UFOs, and Billions at Stake

Some news topics are largely unbearable. Financial news has plenty of its own issues in this regard, but it is far from the worst.

Look no further than space and astronomy news for the most egregious examples.

Just look at the articles on how to see the “strawberry super moon” from June. Read one and congratulations, you just read an article on how to look up and see just a regular old full moon, the same kind that comes around every 29.5 days.

Or the asteroids that are whizzing past the Earth, just a mere couple hundred thousand miles away. We have orbital maps confirming no chance of an impact for at least centuries.

Or the recent billionaires in space. Their highly publicized feats were splashed across “top story” feeds worldwide.

Then there is the prestigious International Space Station. While it does some pretty cool science that we obviously can't do down here on the ground, everything about it is drab and old.

Take a look at the workhorse that makes it possible. 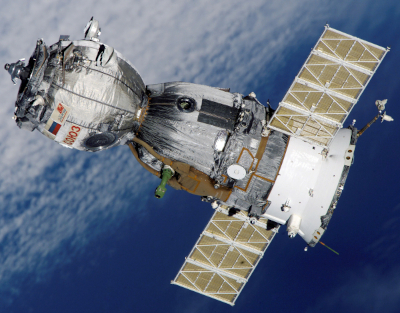 That's a Soyuz capsule. Modern ones have electronics upgrades, but it is essentially the same thing the Russians have been using for decades — five and a half decades. Of the 138 launches involving the ISS, 58 were handled by Russia, and 81 of 138 launches used Soyuz capsules.

It's like updating the dashboard in one of these, also from 1966, and pretending that you're on the cutting edge of the final frontier. 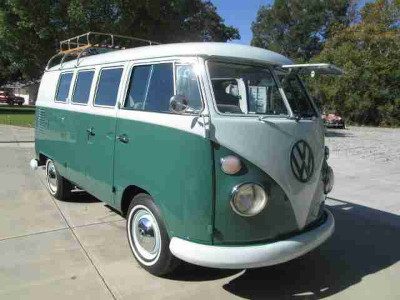 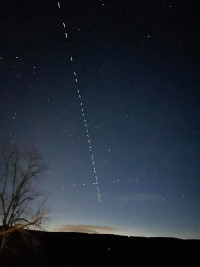 And finally there are all the recent headlines about UFOs, an endless well of sensational space articles. There is a whole lot we could unpack here, but let's just stick to the kind of stuff that gets reported.

Take a look at the picture to the right. Callers from Wisconsin down to Texas apparently flooded TV stations and emergency lines with calls about what they saw.

That's just a small part of SpaceX's Starlink system for space-based internet services. Unidentified to all those callers, perhaps, but hardly unidentified to everyone else.

All of this sensationalism is a profound disservice to readers because it takes some really cool and interesting news and buries it in a sea of clickbait headlines.

Even if space news isn't your thing, it's a disservice to you too. After all, it buries a fantastic investing opportunity.

Satellites and space tech have profound impacts down here on the ground. From Velcro to weather forecasts to GPS to peering 13.8 billion years into the past with a 31-year-old telescope, a whole host of stuff is now taken for granted.

A whole lot more is coming too. First we have to get it up there though. That's where some of the more ho-hum space news mixes with financial news and creates our opportunity.

There is a whole lot coming down the pike and a lot of growth for the best companies out there to capture.

That's why Jason has been covering a small stock for his Wall Street's Proving Ground readers and will continue to research the sector.

It might not capture headlines like billionaires, or asteroids, or ginned-up names for moon phases, but a true revolution is poised for takeoff. And after that pun, I will see myself out.