Russia Conquers Germany... The EU Is Next

It might not have made the news, but Putin actually seized control of Europe years ago. He turned the entire continent into his private fiefdom without firing a single shot.

Putin’s battle strategy was to turn Russian oil and gas into a political opiate. Some of the most powerful governments in the world immediately got hooked with no plans to get clean, all the while screaming, “I can quit anytime I want!”

In the years past, some more self-aware EU leaders would pause to offer a halfhearted warning about becoming too dependent on Putin — immediately before placing their own giant order from Gazprom.

In their eyes, Russia was a problem for tomorrow, or even the next day. The people need fuel for cooking and heating today.

After all, this Putin guy has been more or less stable since the Cold War days. No rush, right?

Let’s look to the past to see how the future will play out.

Back in 2014, when Russia’s annexation of Crimea made it clear that Putin was not interested in playing by the rules, the entire EU stopped buying oil from Gazprom immediately. Each country's leadership stuck to its principles and started looking for other energy sources, no matter the cost.

… If you fell for that one, I envy your optimism. Don’t ever lose it.

In actuality, Europe’s major oil producers like Shell and BP bought more than $100 billion worth of oil from Russia between 2015 and 2021, Crimea be damned. Principles are great, but they don’t exactly keep the lights on.

In fact, if you ask Germany, some citizens might tell you that principles are exactly what started this mess in the first place…

State-Funded Roads to Hell Are Paved With Good Intentions

Politicians with their heads lodged firmly in their asses have done more damage to the world than any other demographic. Germany and its climate minister are currently learning that lesson the hard way.

The trendiest way for a nation to announce its renewable energy commitment is with an all-or-nothing deadline. Germany picked 2035, a familiar favorite that ensures whoever made the promise is long gone from office by the time everything falls apart. 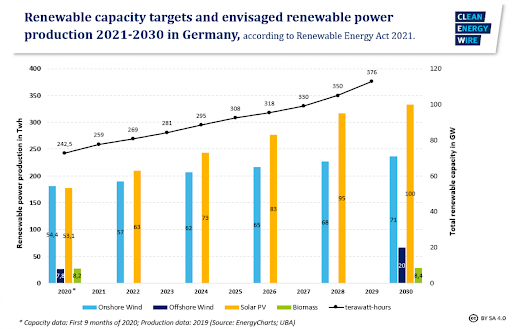 Unfortunately for incumbent Chancellor Olaf Scholz, that time frame has been accelerated significantly.

In lieu of actually making progress toward its renewable energy goals, Germany did what every other budget-conscious EU member would do: buy gas from Russia. At the same time, coal plants were being shuttered and nuclear energy was treated like the redheaded stepchild.

Kicking the can down the road was never a sustainable strategy. Diving headfirst into immature renewable technology at the expense of power grid integrity will prove to be a costly mistake when temperatures start to drop.

As it turns out, that warm and fuzzy feeling that politicians get when they talk about renewable energy is not powerful enough to heat Germany’s 43 million homes during the upcoming winter.

Putin knows the extraordinary political value of his circumstance, hence the reason that the Nord Stream 1 pipeline has been down for “routine maintenance.” Putin is only sending 20% of the contracted amount under the guise of technical issues.

Nobody is fooled — it's obviously retaliation for Berlin’s support of Ukraine.

But what can be done, especially in Germany’s case? The country reported a 20% shortfall in its gas stockpile, triggering the second level of emergency action. Rolling blackouts and harsh conservation measures will be coming next, mark my words. 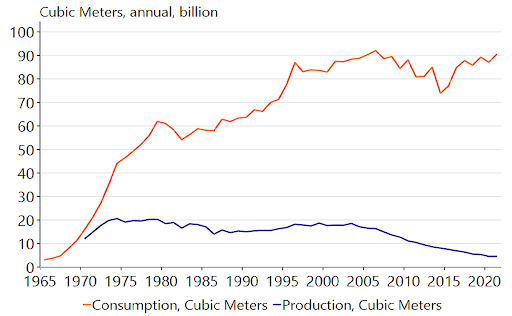 That puts German leaders in an impossible position. It’s never wise to negotiate with terrorists, but Putin might have enough leverage here to force the entire EU to pull support for Ukraine. That’s how much power an energy supplier of Gazprom’s size can wield over its customers.

The takeaway here is simple: You can't simply force progress — especially when the penalty for failure puts over 50 million lives at stake.

Will They Ever Learn?

I'm sure the choruses of “I told you so” are deafening enough over in Europe already, so I won’t pile on.

But you’d be hard-pressed to find a single person who didn’t see this coming. It was always a question of when, not if.

Though it was inevitable, this situation couldn’t have worse timing for investors. The energy market is about to enter one of the roughest bear markets we’ve seen in years.

Expect to see oil in particular take a harsh downward turn. It might look like an everyday dip, but I need you to listen closely to this advice...

DO NOT BUY THE DIP!

I know it’s tempting. But this is easily one of the top five mistakes that energy investors make during bear markets.

It’s not impossible to come out in the green after your stocks take a major hit. But it requires far greater precision and timing than during a bull rush.

Panicky investors tend to make one of these easily avoidable mistakes during a bear market. Statistically, you’re probably going to make the same mistakes if you dive in without doing your due diligence.