It’s that time of the year again when I have to give up.

The leaves are dying and falling so fast now that there’s no way I can keep up with cleaning them from the yard. 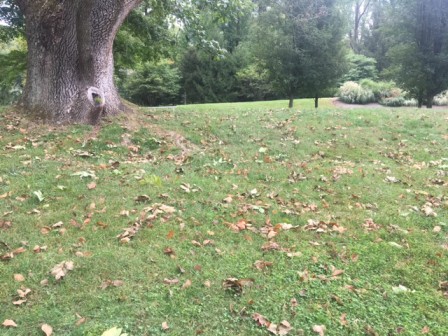 But that’s expected. It’s fall. Soon I’m going to have all of the leaves in the yard.

This is, of course, due to the seasonal cycle.

And notwithstanding climate change, we can predict things like these leaves falling with great accuracy every year.

The same concept holds true in many aspects of investing. Today I’m going to talk about natural cycles found in the gold market and show you an easy way to put the odds of profit in your favor.

The gold market is incredibly cyclical in nature. There are long-term, medium-term, and short-term gold cycles.

And these cycles have proven to be fairly consistent.

The most-well known gold cycle is, perhaps, the eight-year cycle.

During the past five decades of floating gold prices, the price of gold has bottomed out about once every eight years.

That’s about once every eight years. As you can see it's not perfect.

The last bottom in the eight-year gold cycle was in 2016.

So if we can rely upon this, we can expect another low and good buying opportunity sometime around 2024.

But that’s the problem with the eight-year gold cycle...

It only comes around once every eight years.

Even though I’ve been participating in the gold market for the past 20-something years, I’ve only seen it happen twice.

So the eight-year gold cycle doesn’t mean that much to investors. In a 50-year investing career, you can take advantage of it six times... and that’s if you remember every eight years.

But the eight-year cycle isn't the only pattern found in the gold market. There are several different cycles that occur in the gold market for one reason or another. And shorter-term gold cycles are very useful to us as investors.

Some of these shorter-term gold cycles follow economic events, such as the Federal Reserve’s Federal Open Market Committee meetings.

The Fed’s FOMC meetings are regularly scheduled throughout the year. And gold prices will typically be more active in the days during those meetings.

Most often, gold prices will increase to some degree right before and during the FOMC meeting, then fall right before, during, and after the official meeting decisions are announced.

But that’s not consistent enough to make a good bet on.

There is, however, one very reliable short-term cycle every gold investor should know about.

There are very specific months of the year where gold prices tend to perform much better than other months.

Over the past 45 years, the best-performing months for gold prices have been September, November, and January.

And even when we look at more recent data, we see a similar cycle of September, November, and January rallies.

Here we see gold prices performing best in January. But they are still generally stronger in the fourth quarter.

So this begs the question: Why?

Why, in the past 45 years, has gold consistently performed best during those months?

The coronavirus disrupted the entire industry last year, but in a typical year about half of all the world’s gold demand comes from the jewelry industry.

And in the final months of the year, there are no less than five major gold jewelry-buying holidays around the world.

The biggest and most important gold jewelry buying holidays of the year are Diwali (the Indian festival of lights) and Chinese New Year. Together these two holidays alone account for about a third of the world’s total gold demand. 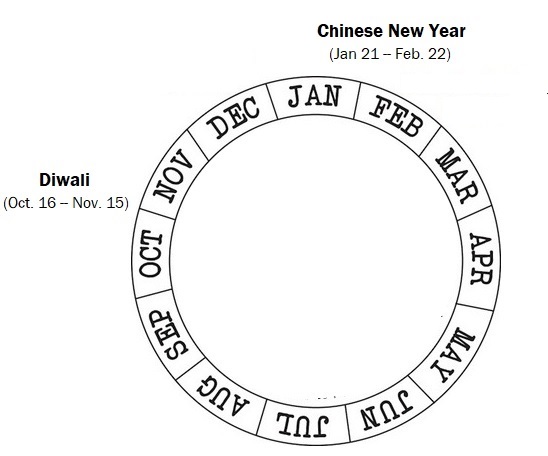 But there are other holidays that you’re probably more familiar with — and which are also significant gold-buying holidays.

And one that’s pretty much only about buying jewelry of some type...Valentine’s Day. 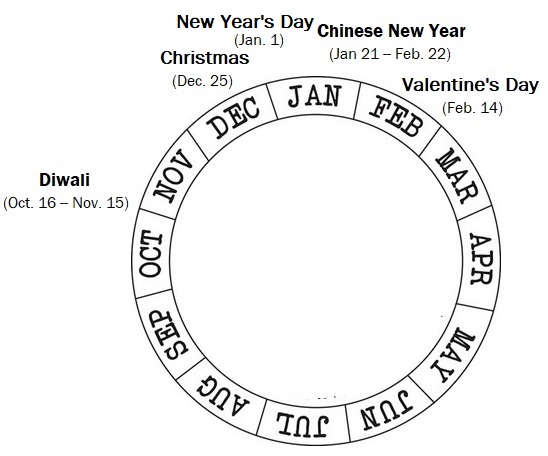 With all of those holidays bumping up against each other, the fourth and first quarters of the year usually see higher gold jewelry demand.

And gold prices are typically higher in the fourth quarter of the year due to that higher demand, as well as demand from manufacturers who need raw material to make jewelry. It seems that jewelry manufacturers’ favorite month to buy gold for the season is September.

So generally speaking, the fourth quarter of the year is not the best time to be buying gold.

But instead, it’s the best time of the year to be selling.

And I say the fourth quarter is “generally” the best time to be selling because if you look at that graphic of the best- and worst-performing months for gold again, you’ll notice that October has been one of the best months to be buying gold.

Nevertheless, the numbers show us that the best time of the year to buy gold is March when prices are lowest. And the best time to sell is in September.

There are five decades of floating gold prices that show us good evidence that the cycle works.

P.S. If you're looking for a way to take advantage of historic gold prices right now then I highly urge you to view my latest presentation. Inside I profile the best five gold miners in the market right now, all with a potential of handing out gains in excess of 4,000%. Click here now to learn more.