Protect Yourself From Quantum Y2K

“Quantum computers are tools of destruction, not creation.”

Those are the words of Alexander Lvovsky, a world-renowned physicist working for the University of Calgary in Canada.

I'll admit he’s being a bit of a downer, but the professor is correct. Quantum computers truly have the potential to collapse civilization as we know it. 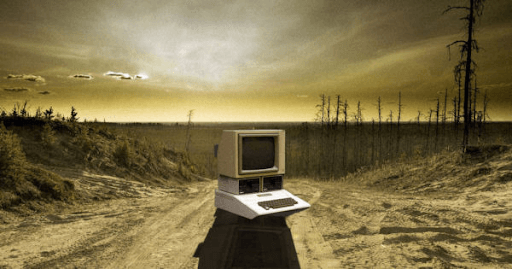 Think about it for a minute: The integrity of all data on Earth depends on modern cryptography. If we can't protect data from prying eyes, then nothing matters anymore. The world’s financial data will be an open book, and priceless company secrets will become public domain.

Our encryption standards today are strong enough to keep a supercomputer busy until the end of the universe. Thanks to the same technology that powers Bitcoin and Ethereum, the best hacker on Earth can’t decrypt even a single email.

But as always, there’s a catch — cryptographic standards are made to be broken.

Enough time and research on the hackers' side will inevitably yield a successful exploit, which in turn gives researchers insight on how to beef up the next generation. It's a constant game of cat and mouse between cryptographers and an endless network of hackers — some bad, some good.

Some cryptography researchers are starting to accept a terrifying truth: It could be that there is no practical way to outsmart quantum computers.

If that's indeed the case, it could lead to some unimaginably devastating results. Total lack of data security would destroy the world's digital financial system in an instant.

Ironically, “progress” would end up sending us back to the days of all-paper transactions and in-person bank visits. I shudder at the thought.

That’s not to say the good guys aren't trying their best. The U.S. government is currently desperate to find its new Holy Grail: post-quantum cryptography (PQC).

The National Institute of Standards and Technology (NIST) is holding a multi-year contest to create a new form of data security that can stand up to the quantum computers of tomorrow.

After whittling down the candidates to just four finalists, the cryptography community was shocked. One of the top contenders was proven to be susceptible to a quantum attack.

SIKE, one of the Round 4 finalists in the contest, was beaten by some of the most advanced mathematics ever used in a network exploit — all running on a regular single-core desktop computer built in 2012.

These allegedly quantum-proof standards are some of the first of their kind, and they're up against combined ingenuity of the entire human race. So far, only three of the original 75 contestants are still in the running.

The creators of SIKE and the rest of the community were blown away by the sheer complexity of the attack. It used a groundbreaking new interpretation of a theorem first created back in the '80s.

“I suspect that fewer than 50 people in the world understand both the underlying mathematics and the necessary cryptography,” said Jonathan Katz, a professor of computer science at University of Maryland.

Very few hackers would be expected to use Ph.D.-level math in their day-to-day activities, but these stakes are higher than they've ever been.

The hacker that can defeat new “quantum-proof” algorithms will be rewarded with everything. Medical data, floor plans for government buildings, even the president’s latest text messages.

The Long-Awaited Sequel to Y2K Is Finally Here

This isn't exactly common knowledge yet. Most of the public barely knows what a quantum computer is, let alone whether or not they should fear it.

The same CANNOT be said about the upper-crust finance-savvy investors. In their case, we’re approaching Y2K levels of panic.

Billionaire investors and hedge funds with trillions of money tied up in cryptography are terrified of their investments plummeting. All it would take is one news headline.

According to David Treat, co-lead at the $200 billion consulting firm Accenture’s blockchain business, new quantum supercomputers aren’t too far off, and they absolutely have the possibility to upend the internet as we know it.

Just like during Y2K, the world will need a concerted effort to overhaul systems or face disaster.

After all, a true meltdown back in 2000 was only narrowly avoided thanks to legions of dedicated software engineers combined with the uncharacteristically decisive action of Congress, which doled out $3.4 billion to “Y2K-proof” critical computer systems.

But with Y2K, we had the benefit of a known date and a known fix. The challenge we have now is that we don’t know when quantum supremacy will be achieved to break the current RSA encryption.

The timeline is unclear, but the end result is not. Before we know it, these machines will be the new standard. And thankfully, the U.S. government seems to be aware of that.

Quantum computing is being considered a matter of national security — as it rightfully should be. Biden announced new quantum-focused directives back in May, meaning fat government grants should be following shortly. 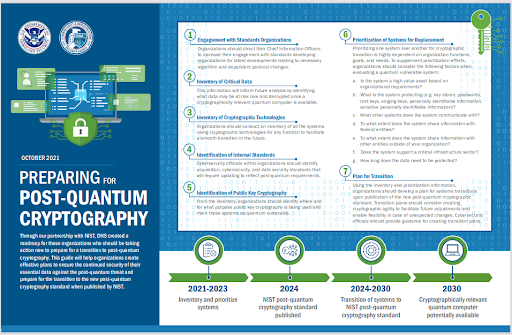 As individual investors, all we have to do is track where that money is going. A huge portion of it will almost definitely go straight to giant corporations like IBM or Texas Instruments. That’s just the way things are in America.

Those are safe bets if you enjoy making money slowly. It’s incredibly unlikely that even $1 billion in funding would raise share prices for multifaceted corporations like those two.

No, for this young industry, we are focusing on the pure plays that aren’t even worth $1 billion to start with. That means even a few million dollars could force double- or triple-digit gains in a matter of days.

Personally, I would be dumping all my money into the stocks listed here. Our research proves that the new trapped-ion computing technique being developed by this team is the next phase for the quantum computing industry.

It could even be the technology that achieves quantum supremacy. The next chapter is officially here.