Phosphate: A Miracle Mineral of the Ages

This is the longest conveyor belt system in the world... 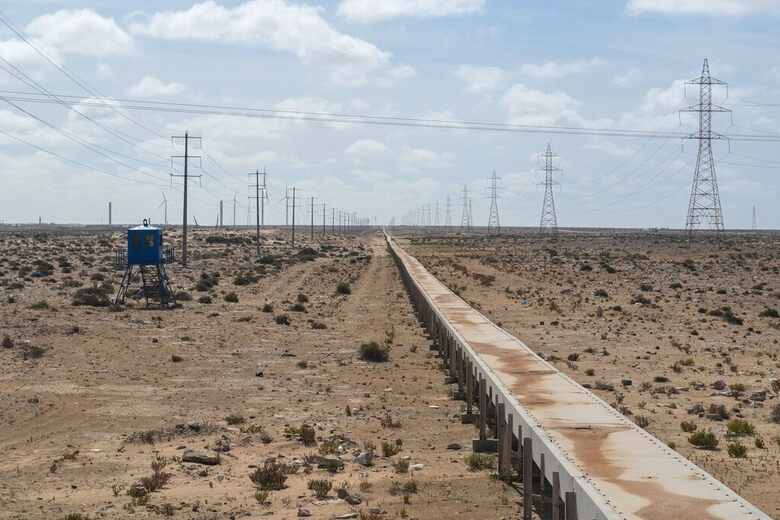 It runs for 61 miles through a harsh, empty desert all the way to the West African coast.

This monster system is so long, it can be seen from space. 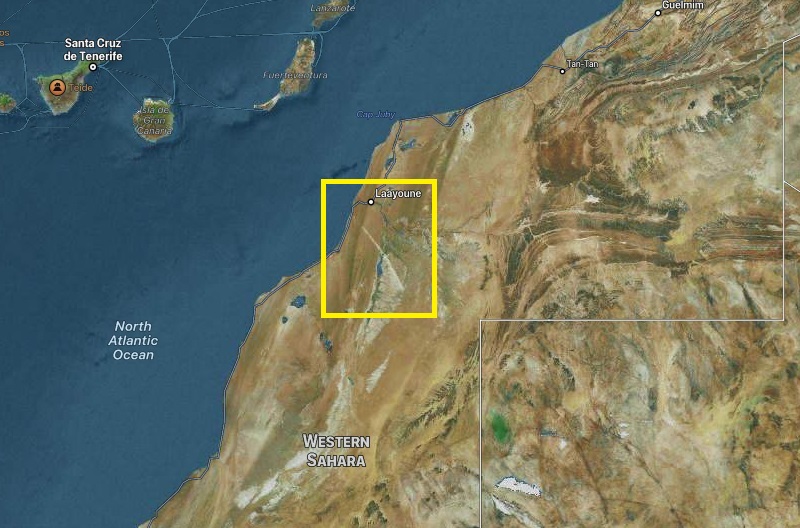 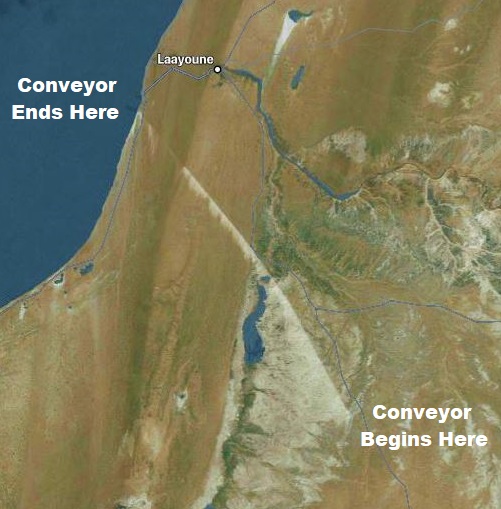 On average, it carries more than 750,000 pounds of ore per hour from the giant Bou Craa mining complex located in a disputed territory of Western Sahara controlled by Morocco.

The Bou Craa mining complex itself is over 6.5 miles from tip to tip — so large that it can also easily be seen in satellite photographs. 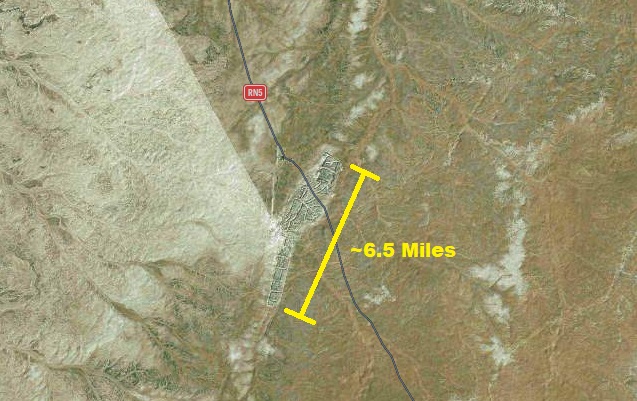 So what are the Moroccans mining out there in the desert that's important enough to justify such a large, complicated operation?

Well, it's none of these.

This massive complex exists solely to produce and transport something that's more important than any of that: phosphate.

Phosphate: A Miracle Mineral of the Ages

There is absolutely nothing sexy about phosphate.

There are no ancient Egyptian or Greek myths about phosphate. No one remembers King Solomon for his phosphate mines. Indiana Jones is not trekking through the mountain rainforests of South America, searching for lost temples, and avoiding deadly booby traps to rescue ancient phosphate relics.

Yet phosphate rock is no-doubt one of the world's most important natural resources.

Phosphates are, simply put, the ore source for phosphorus required to make synthetic fertilizers — and those are extremely important. 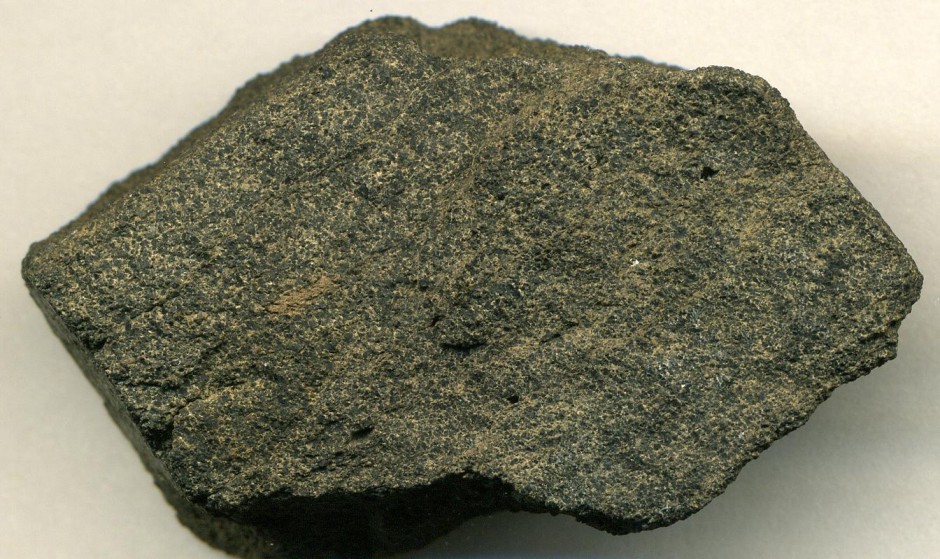 Phosphate rock from Simplot Mine, Idaho

Last week I wrote to Outsider Club members explaining how record-high fertilizer prices right now all but guarantee world food prices will only continue climbing higher from current levels to create a global food crisis in 2022. This week I want to talk with you more about the fertilizers themselves. But first, the very basics...

Fertilizers simply replace vital nutrients to soil that are required for plant growth.

There are two very broad categories of fertilizers: organic and inorganic (aka synthetic).

Organic fertilizers are naturally sourced from plants and animals. It's exactly what you think: livestock manure, agricultural and industrial waste, and municipal sludge.

Synthetic fertilizers, on the other hand, are chemically manufactured materials calibrated to contain a balance of nutrients to best meet a farmer's soil needs.

So why do we make and use synthetic fertilizers at all? Why not just use organic fertilizer?

Well, for the same reason we use email instead of fax machines.

And it's because of synthetic fertilizers that billions of people are alive today.

It is estimated that 48% of the entire world's population is dependent on synthetic fertilizers to eat. 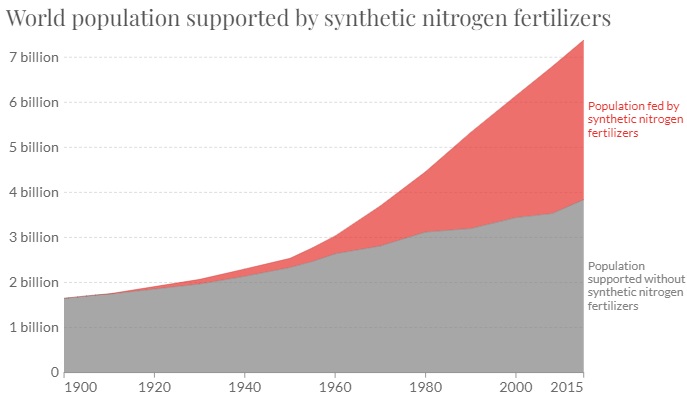 Fertilizers contain many different nutrients. But three have been identified as macronutrients that are fundamentally critical to plant growth. Those three macronutrients are:

Of these three macronutrients, nitrogen is the easiest to source.

Nitrogen is produced from ammonia, which is pulled out of the air through the Haber-Bosch process. Producing nitrogen this way is energy-intensive and expensive. But as long as we have air and energy, we can always produce nitrogen.

Potassium is the second-easiest of the macronutrients to source.

Potassium for fertilizer is derived from a mined and manufactured salt called potash. And extensive potash resources are found and mined all over the world. According to the International Plant Nutrition Institute, “allowing for known resources… there is sufficient potash to meet demand for thousands of years.” So we've got plenty of potash being mined all over the world.

But then there's phosphorus.

As you know, the phosphorus for synthetic fertilizers comes from phosphates. And like potash, the world has an abundant supply of phosphate resources. By some estimates, the world has enough phosphates to last another 300 or 400 years.

But unlike potash, phosphate resources and production are much more concentrated.

The world's top producer of phosphates is China. According to the USGS, China accounts for 40% of the world's phosphate production.

But the lion's share of the world's phosphate resources are in Morocco. 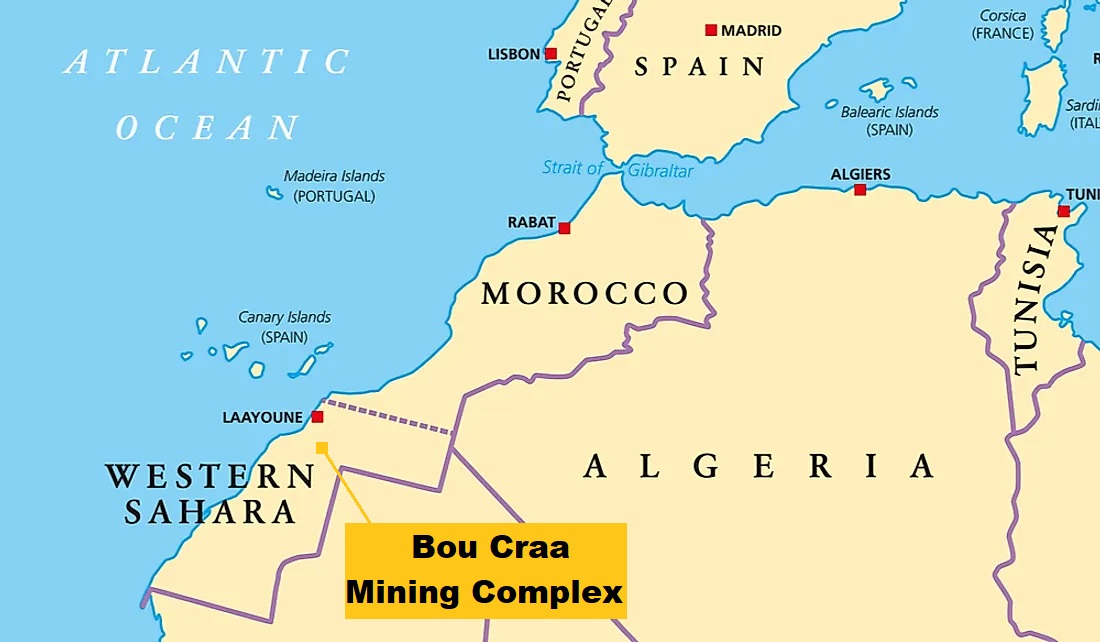 The USGS estimates over 70% of the world's phosphate resources are found in Morocco or territory in Western Sahara controlled by the Moroccan government. 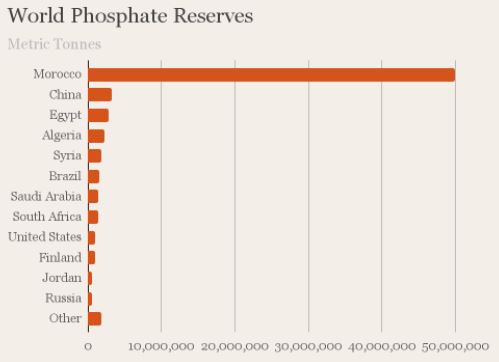 Morocco is also the world's second-largest producer of phosphate, accounting for about 17% of global phosphate output.

So yeah, there's a really good reason the Moroccan government invested so much effort in mining and transporting ore from Bou Craa: The phosphates they produce there are not only critical to its own survival, but they're also worth hundreds of billions of dollars in annual revenue.

Unfortunately, Bou Craa is off-limits to investors — it's a state-owned operation. However there is one company in North America with a phosphate project that is so exciting and has so much upside potential, I think it's going to be one of my biggest winning stock picks in my 20-year career.

I've just finished putting the final touches on a fully-detailed, 7,000-word report that tells investors all about this company and its incredible project. And in about a week or so, we will be releasing that report to the public. So please be on the lookout for that from us.