One Tiny Machine Can Save Humanity TWICE

In the beginning of the 19th century, a team of scientists saved the planet.

There is a very real chance that neither you nor I would be here without their discovery. It’s arguably one of the most important inventions in human history, yet most people I ask about it seem completely unaware.

What we now consider basic chemistry was a life-changing discovery back then. It allowed farmers to grow exponentially more food in the same space.

This tiny machine here, created by German scientists Fritz Haber and Carl Bosch, is what made it all possible: 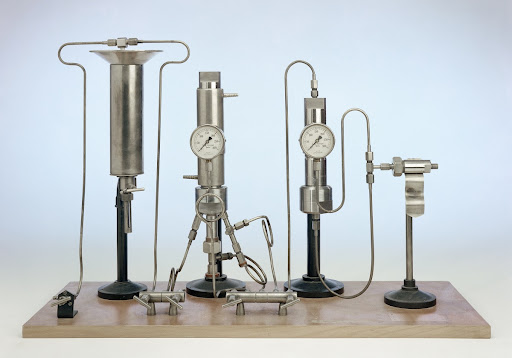 This century-old machine completely transformed the scale of food production. It created the basis for what has become the gold standard of fertilizer.

Suddenly farmers could grow vastly larger quantities of food. The population exploded, the average person became healthier, and both Haber and Bosch went down in history as two of the most important scientists to ever live.

But that’s not the only use for this miraculous chemical.

Neither of them knew it at the time, but Haber and Bosch also created the world’s most effective green fuel.

Fuel and Fertilizer From Nothing but Air???

Did I mention that this magic trick can be performed using nothing but air and water?

Nitrogen and hydrogen are the two main components of this amazing resource. Both can be theoretically pulled from their surroundings without adding any nasty chemicals to the mix.

Of course, the process is much easier said than done. It's much cheaper to get the hydrogen from dirty sources — namely natural gas production.

But as a green fuel that promises to replace diesel, gasoline, and any other liquid fuel you can think of, getting it via natural gas is off the table.

Scientists were instead tasked with solving a problem that has existed for decades: 100% green hydrogen production.

Like so many other ideas in the world of renewable energy, that’s easier said than done.

Decades passed before the problem was solved. The concept was simple: use electrolyzers to separate hydrogen from oxygen in water.

In practice, it requires tons of electricity. Too much to be considered green.

Modern plants that produce the stuff today are the furthest thing from green. They look like any other industrial chemical refinery. But much like Fritz and Bosch shocked the world with their groundbreaking discovery, another team of scientists is getting ready to disrupt the green fuel industry.

Here’s What the Green Fuel of the Future Looks Like

Making green fuel from natural gas is oxymoronic. One way or another, that carbon ends up in the atmosphere.

Now, I’m far from a die-hard environmentalist. But clearing the roadways of smog is a good enough reason for me.

Producing this incredible chemical from nothing but air and water has been the Holy Grail for energy researchers since the power of oil was first harnessed.

And I’m thrilled to tell you all that it's is finally here. Green fuel that can power buses, trains, and shipping tankers is officially a reality.

To make it green, this technology generates hydrogen using wind and solar energy systems. And at the same time, it solves one of the major flaws in those systems.

Everyone knows one of the main challenges of wind and solar is their tendency to come and go. The sun isn't always shining full force, and wind turbines are useless on a calm day.

Giant batteries to store solar energy for use at night are one proposed solution, but what if that power could be turned straight into fuel?

The idea is to create green fuel during renewable-friendly parts of the day and then burn it when the sun sets and the wind subsides.

According to renowned energy analyst Keith Kohl, “It's like a liquid battery, only without the chemical waste or constant potential for failure.”

The invention has already caught the attention of those in the highest levels of government and business. And now investors are just starting to catch wind of it.

In his report, renowned energy analyst Keith Kohl goes into much more detail about this incredible industry and the tiny microcap stocks that are positioned to disrupt it.

You can read more in this completely free research presentation — no registration required.