One Small Step for Man, One Giant Leap for Your Money

How to bet on the next space race...

I spotted a large X in the middle of a busy street and carefully ambled through traffic to stand on it. I cast my eyes upwards, to an open window in the Texas School Book Depository. 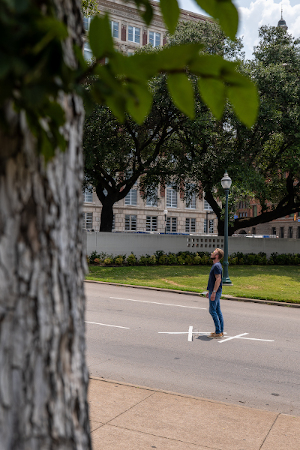 Yes, that book depository. I was in Dealey Plaza standing on the very spot where John F. Kennedy was assassinated on November 22, 1963. It was quite surreal, as the window that Lee Harvey Oswald allegedly shot from did seem much closer than I imagined it. Maybe he was (one of) the shooter(s) after all.

But then I slid back behind the fencing on "the grassy knoll"... 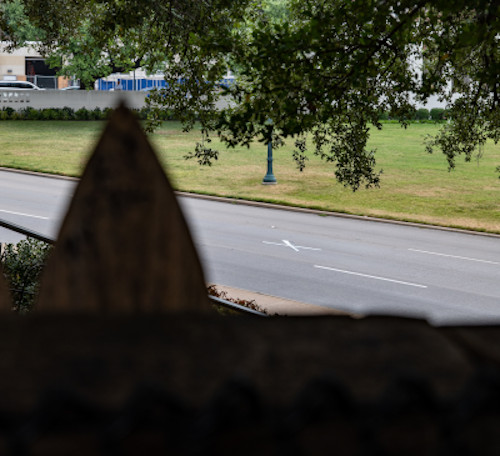 This did seem like a much better spot for such an undertaking. It would have been far more plausible than Oswald getting off three decent shots in under six seconds. It also better explains the "magic bullet" theory. I spoke with many citizens of Dallas that day, all with their own version of events of what happened to JFK. The Cuban mafia, the CIA, and scorned, vote-rigging gangsters all got shout-outs. I was honestly exhausted by the end of it all.

That’s when I looked up into the sky and saw the moon...

In 1961, President Kennedy announced a massive expansion of the U.S. space program and set the country on the path of landing a man on the moon. We had been in a "space race" with Russia for years, each side betting that such an ambitious goal would prove who had the real mettle and strength.

Here’s how Kennedy described such a plight in his speech to Congress:

No man can fully grasp how far and how fast we have come, but condense, if you will, the 50,000 years of man’s recorded history in a time span of but a half-century. Stated in these terms, we know very little about the first 40 years, except at the end of them advanced man had learned to use the skins of animals to cover them.

Then about 10 years ago, under this standard, man emerged from his caves to construct other kinds of shelter.

Only five years ago man learned to write and use a cart with wheels. The printing press came this year, and then less than two months ago, during this whole 50-year span of human history, the steam engine provided a new source of power...

This is a breathtaking pace, and such a pace cannot help but create new ills as it dispels old, new ignorance, new problems, new dangers. Surely the opening vistas of space promise high costs and hardships, as well as high reward.

Kennedy asked congress for another $9 billion over five years for the space program, proclaiming that "this nation should commit itself to achieving the goal, before the decade is out, of landing a man on the moon and returning him safely to the earth."

On July 20, 1969, Neil Armstrong, Buzz Aldrin, and Michael Collins made this dream a reality. It was truly a great moment in American history. In perhaps the most famous quote ever uttered, Armstrong made this statement from the moon's surface: "That's one small step for man, one giant leap for mankind."

Over the past month we have watched as both Amazon founder Jeffrey Bezos and Virgin Group visionary Richard Branson have both chartered their own private flights to space. Bezos sold a big chunk of his Amazon shares to put $1 billion into this industry. Branson poured at least $200 million of his own money into it. Tesla’s Elon Musk spent $100 million to found SpaceX back in 2002.

After years of resets and setbacks, testing and triumphs, commercial space travel is no longer trapped in the realm of science fiction. It’s happening right now, and will continue to amaze in the upcoming years.

But the new space race isn’t just about rich people taking a leisurely trip into orbit. This will rewrite every aspect of the global economy including telecommunications, defense, manufacturing, transportation, agriculture, education, and travel.

Because we’re about to watch the birth of an entire industry. And the gains could be stratospheric. I'll let our space expert Jason Simpkins show you how to turn a small investment into a moonshot.

It's one small step for you, one giant leap for your portfolio.