Geologists are on the verge of an extraordinary new gold discovery in Canada.

Located deep in the remote mountains of Newfoundland, a crack team of Earth scientists is rapidly and aggressively developing what they believe could become one of the highest-grade gold deposits on the planet...

One that could be worth billions of dollars...

And one that could make today's investors magnificently rich.

After years of investment, Newfoundland has recently become one of the hottest spots in the world for gold exploration.

The Canadian province has a long history of gold and precious metal mining. But recent high-grade gold finds in central Newfoundland have triggered a rush of epic proportions as explorers hope to cash in on the next big discovery.

The Toronto Star reports, “There’s gold in them there hills — and a bunch of companies are out to find it in central Newfoundland.”

One of those large discoveries (maybe the largest) starts here... 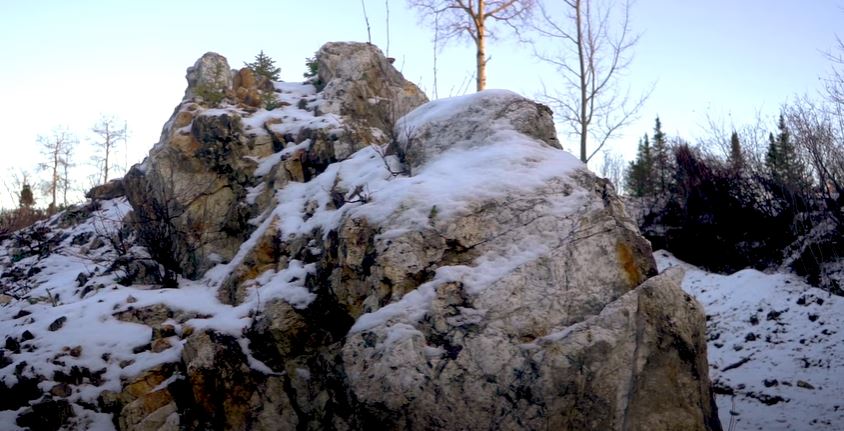 This is no ordinary rock. “This rock,” says gold prospector Kevin Keats of the outcropping above, “has created millions of dollars for the economy of Newfoundland.”

Kevin and his father and prospecting partner Al come from a famous family of gold explorers — one that’s actually known as Newfoundland’s “first family of prospecting.”

“To say mining runs in [the] Keats' family is a vast understatement,” says The Globe and Mail, Canada’s national newspaper.

It's a gold prospecting family dynasty that spans over three generations. And they have a history of finding and massive metals deposits in the region, including gold, silver, and copper.

As Al Keats says, “Now it’s the third generation, 21 of us, and this is what we do... Not one of us has a post-secondary education. But four of us are CEOs of publicly traded companies on TSX Venture.”

And recently, the Keats family made what could be their biggest find ever.

Initial drill results in the area around "Keats Rock" reveal the property could turn into one of the highest-grade gold deposits in the world, worth several billion dollars.

And it’s all unfolding right now.

The company doing the exploration on the Keats' find is now conducting one of the largest drill programs in the world.

When it's all said and done, the drilling program is expected to have a total length of about 125 miles!

That's like drilling straight from Los Angeles to San Diego — or from New York to Wilmington, Delaware.

Most folks outside the junior mining world are completely unaware of what's going on up in Newfoundland.

But you could get a piece of the company that owns the Keats' property now, while it still trades for a few dollars a share.

And before it becomes North America’s next big gold mine that makes investors rich.

Click here for the rest of this stunning story now.