And now the company is planning to take their story to the Big Board.

New Found Gold announced this week that it has been cleared to apply to list common shares on the NYSE. If approved, the company says it expects shares to commence trading on the NYSE in early 3Q 2021.

The company already has an American OTC listing: NFGFF. But a step up to the NYSE will bring the New Found Gold story to a much broader audience.

New Found Gold's move to the NYSE will also be a huge windfall for about two dozen other gold companies, which I'll talk about in just a minute.

But first let me bring you up to speed on New Found's incredible story...

Several years ago, a small group of private investors acquired a gold exploration project in Central Newfoundland from the Keats family — specifically from Al and his son Kevin Keats (seen below). 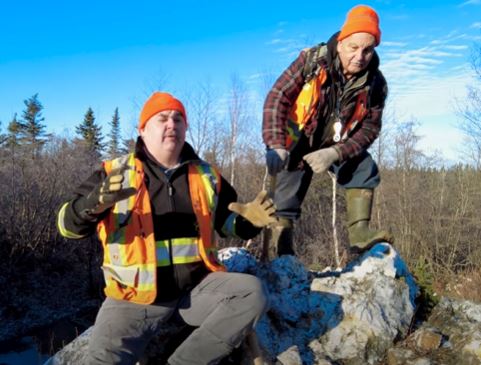 The Keats family is a gold-prospecting dynasty that spans over three generations in Newfoundland. In fact, they're actually known as Newfoundland's “first family of prospecting.”

“To say mining runs in [the] Keats family is a vast understatement,” says The Globe and Mail.

After initial testing and target selection, the property's new investors conducted a small drill program in 2019.

That's when they made a find of a lifetime!

It was one of the best gold exploration drill holes assayed in 2019. However, no one outside of that group of small investors knew about this awesome gold strike. That's because in 2019, New Found Gold was still a private company.

In August 2020, New Found Gold IPO'd and listed on the TSX Venture under the symbol NFG to take the story public.

At first the company blended in with all the rest. But it didn't take long for New Found Gold to start making history.

Right off the bat, New Found Gold announced plans to conduct a 100,000-meter drill program on what they are now calling the Queensway Project.

It was a very bold move. Most initial drill programs start off small — most often less than 10,000 meters. So planning to drill 100,000 meters was extremely bold.

But it paid off fast.

And that's when things really started.

The first three batches of New Found Gold's drill results were so good, they kicked off a new gold rush in Central Newfoundland that's still going on right now. Below is a photo of one of the core samples that kicked off the recent Newfoundland gold rush. 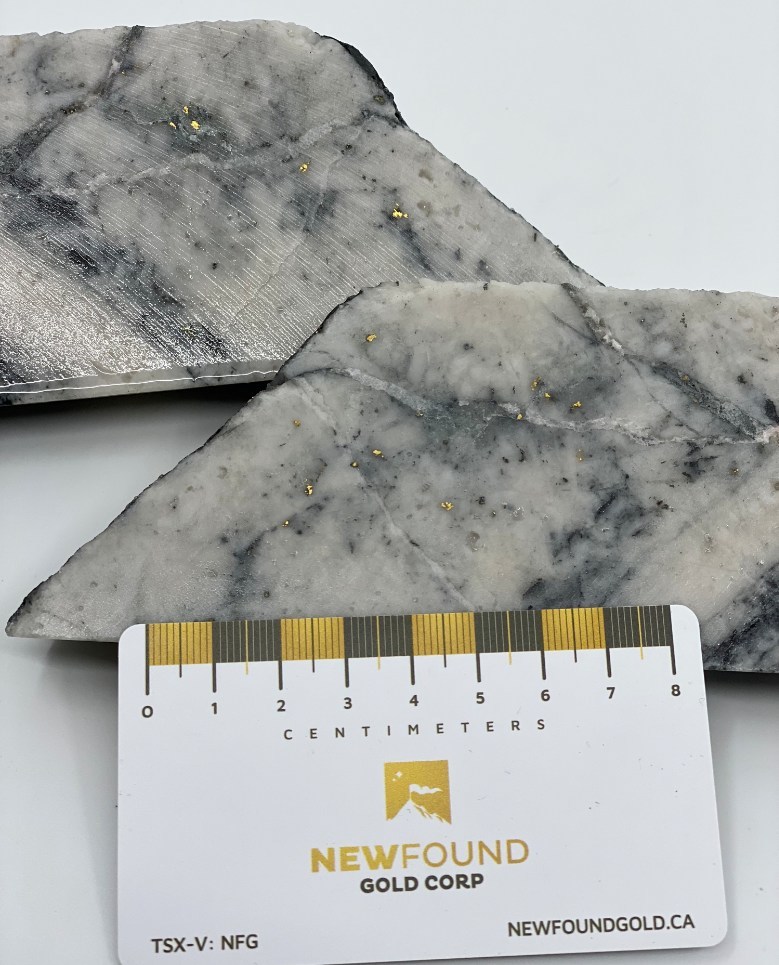 It looks like any other drill core, but with some tiny gold flakes peppered in. But this isn't any other drill core. This one, along with others released in that first three batches of assay results, has already spurred more than a billion dollars in investment.

It's a billion-dollar rock.

Since then, things have only gotten better for New Found Gold!

They doubled their drill program to 200,000 meters and continued to make strike after strike that kept getting better the deeper they drilled.

Then in May, they reported 146.2 g/t over 25.6 meters... Again, it was the best drill result for the year to date... And, not only that, it's also one of the best gold exploration drill holes EVER recovered by ANY junior explorer.

At the end of the day, New Found Gold could be sitting on the largest and highest-grade gold deposit in the world. It's the most exciting gold stock story since Aurelian Resources' spectacular run in 2008.

And now the company is taking their entire story to the NYSE.

At this point, New Found Gold is fairly valued at $1.8 billion. It's no longer the tiny, unknown exploration company with big potential.

I personally took notice of New Found Gold way back in October 2020 when the company was releasing their first drill results. I recommended the stock to Junior Mining Trader subscribers at the beginning of November at $4.00. And since then the stock has risen as much as 200% to over $12 per share.

I do think shares of NFG will continue increasing from here. But the upside (relative to the initial JMT investment) is now fairly limited.

HOWEVER, there are still many bigger opportunities for gold investors to leverage the Newfoundland gold rush that New Found kick-started.

There's an old gold prospector's proverb that goes something like this: The best place to find gold is where someone else has already found it.

And they don't mean in a jewelry store or bank vault.

They say this because the geologic forces that bring gold close enough to the earth's surface to mine tend to result in several deposits being regionally grouped together.

In other words, the best chance for a company to discover gold is next door to previous discoveries.

And that's exactly why so many smaller companies have been snatching up properties surrounding New Found Gold's Queensway Project.

There are today about two dozen companies with significantly sized projects surrounding Queensway. And over the past several weeks I've slogged through every single one to cherry-pick five companies that are best positioned for repeated success. And I've put my findings in a new report published just a few days ago.

For more details on how to access this report for free, which gives the names and stock symbols of these five gold explorers, simply click here.