The golden child of the tech sector is about to face a gauntlet of challenges, and he is tying the fate of his businesses, and his fortune, to one big bet.

The big three companies he helms are Tesla Motors, SolarCity, and SpaceX. None of these generate profits.

Antitrust regulators just signed off on the $2.6 billion deal two days ago, and now it faces a shareholder vote.

At the same time, Musk, along with Lyndon and Peter Rive, are soaking up a big chunk of a solar bond offering from the company. Out of $124 million of debt offered, Musk is soaking up $65 million, while the Rives are buying $17.5 million apiece.

This could be viewed as insider buying, which is generally good to see, but make no mistake about this deal; this is a lifeline loan for the company.

These bonds have a 6.5% coupon and very quick maturity of just 18 months. SolarCity needs the money to stay solvent until the deal can be completed.

These are risky, unsecured bonds, and the $100 million being covered by Musk and his cousins betray how little investor interest there is for them.

Now Tesla Motors and SolarCity are poised to share the same fate, one completely dependent on ramping up car sales as quickly as possible.

The Only Way Out

Of course, Tesla Motors is facing its own challenges.

The company is sitting on a $3.25 billion cash position, but is going to quickly spend a majority of that to ramp up Model 3 production to meet demand.

Over 400,000 reservation deposits have been put down, and the company decided to virtually double the prior growth plan.

The first quarter shareholder presentation stated, “Given our plans to advance our 500,000 total unit build plan, essentially doubling the prior growth plan, we are reevaluating our level of capital expenditures, but expect it will be about 50% higher than our previous guidance of $1.5 billion for 2016.”

Management expects $2.25 billion in capital expenditures during the second half of this year alone, marking a 340% increase in spending over the first half of the year.

In short, the company will need to bring in a whole lot of cash in the next couple years, and may not see a profit until all the capex is done and 500,000 cars roll off its production line per year in 2018.

At this pace, investors are looking at another $5 billion or so in share offerings, which translates to a further dilution of share prices of around 15%, everything else remaining equal.

It is a rough situation, but it needs to happen. After all, this is the closest, and clearest, path to revenues that can support the Tesla and SolarCity combination.

Musk will have to keep shareholders happy and holding, to keep share issuance at a minimum when new offerings happen. The higher the share price, the less shares need to be created.

That means the show must go on. We've already seen Tesla unveil plans for an electric semi truck, without many details, back in July.

The new 100kWh option packs more lithium into the same volume by improving the design and cooling system. The resulting greater acceleration or extended range may drum up more reservations and interest.

And while Musk is working the PR angle, he will also have to keep a close eye on how all of this news about the merger and improving batteries will trickle down. New challenges will undoubtedly come up.

The most immediate one will be the stress it puts on the company to ramp up battery production.

The company's sprawling battery factory in Nevada is operational, but is at a fraction of capacity. 86% of the facility needs to be built out.

That will now have to happen much faster, but the supply chain is already under stress. There simply isn't a whole lot of lithium lying around to power everything Musk hopes to build.

A shortage is already looming, and Musk's current plans, alone, will need the world's entire lithium production year after year.

Without it, his $5 billion Gigafactory will go sideways. The new Tesla 3 will flop. And his investments go up in smoke.

Expect Musk to go on a lithium buying spree in the very near future to secure supplies for the only way he can save two of his companies, and expect a huge price surge to come with it. 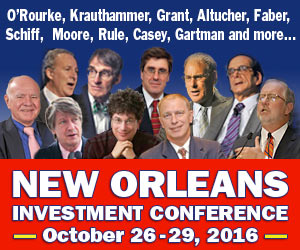