Moon Mining Is Still Fiction, Yet the Space Industry Is Rallying

The idea of extraterrestrial mining has been around for more than a century. In the 1898 landmark sci-fi novel Edison's Conquest of Mars, Garrett Serviss' main characters come across aliens mining an asteroid made of solid gold.

And for decades since, science fiction writers have used asteroid and moon mining as plot devices — from the golden-age sci-fi greats like Isaac Asimov and Richard Heinlein, to modern authors Andy Weir and James S. A. Corey, to big budget Hollywood films “Avatar” (2009) and the “Alien” series (1979–present).

Over the past few years, many have speculated that “space mining” will soon move out of the realm of fiction and into our future reality. Last year the concept was even politicized by then-president Trump when he signed an executive order which stated America's right to explore and use resources from outer space. Then, just a month ago, the idea of extraterrestrial mining was reinvigorated with Jeff Bezos' rocket stunt.

Yet as exciting as the whole idea is — to blast off the Earth to mine new mineral resources — I think it's important to consider the realities of what extraterrestrial mining will actually require in practice. Because those realities will postpone off-Earth mining for decades to come. Let me explain, but first things first...

Let's clear up some language...

Technically speaking, we're already mining in space. In fact, human beings have never not mined in space. The Earth is flying around in what we call “space.” We're in space right now. So what we're really talking about is better called “extraterrestrial mining”... mining that's done anywhere but Earth.

More specifically, however, we're talking about mining being done from an asteroid, the Earth's moon, a moon of a nearby planet, or one of the nearby planets themselves.

Of those, the one most leaders and academics are seriously considering is mining on or from the Earth's moon. So that's what I'll talk about here.

Moon Mining WILL Happen... But Not for Decades

I do believe that human beings will, one day, be actively mining the Earth's moon for resources. But even with the most recent decreases in launch prices, moon mining will likely remain uneconomical for decades to come.

But what's on the moon we'd want to mine?

The moon is rich in metals like iron, aluminum, and titanium. But all of these are also found in great quantities on Earth. Going to the moon to mine them would be like diving to the bottom of the ocean for a glass of water.

According to most experts, the moon's most critical resources are water, rare earth elements, and helium-3.

Water would be useful for lunar agriculture or fuel, but certainly not worth bringing back to Earth. Although, I can see a future where someone begins to market and sell Moonwater: Water sourced and bottled on the moon. But for now, the moon's water will likely stay where it is.

Rare earth elements are also frequently mentioned when talking about mining on the moon. But like water, mining REEs and bringing them back to Earth is simply not worth it.

Truth is, despite their name, rare earth elements are actually quite commonly found in the Earth's crust. Many are just as common as copper, nickel, zinc, and other base metals.

As I mentioned, rare earth elements are about as common as most base metals. The main problem for rare earth production is we simply don't have good technologies to commercially process these elements from different types of ore yet. Additionally, REE production carries serious environmental risks, to which the first world has become averse.

Helium-3 may be the only resource worth bringing back to Earth for now. Helium-3 is a very rare gas that has the potential to be used as a fuel in future nuclear fusion. Several governments, including the U.S., have examined the moon's helium-3 as a fuel supply.

So OK, there are resources on the moon we can use.

But what about the cost of getting there and back?

On the subject of moon mining, most commentators point out the cost prohibitions of launching equipment off Earth. Up until very recently, the expected cost of sending just one pound of material into orbit was over $10,000.

SpaceX’s Falcon 9 launch vehicle, however, has drastically brought down those cost expectations. The company's Smallsat Rideshare Program is aiming to reduce the cost of mass payloads by sending 200 kilograms (440 pounds) into a sun-synchronous orbit for $1 million — $2,500 per pound.

But even with such a drastic reduction in launch cost, mining on the moon remains far from economical. 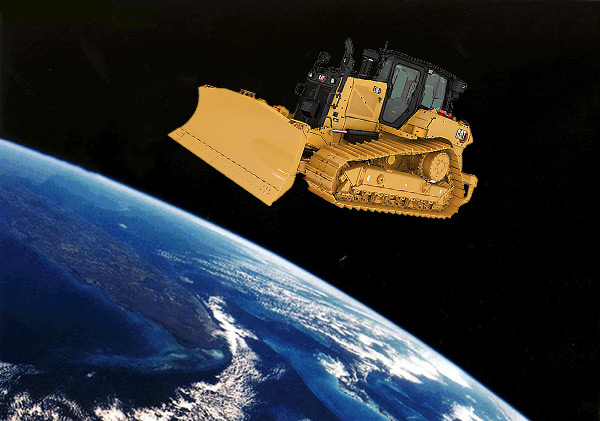 ... And that's just to get the thing into orbit. It would cost much more energy to get a dozer on the moon.

... And then you only have one bulldozer.

Over the next few decades the cost of payload launch is expected to decrease to only a few dollars per pound... but we're talking 30 or 40 years. And even then, it's still going to be very expensive to get mining equipment off Earth. 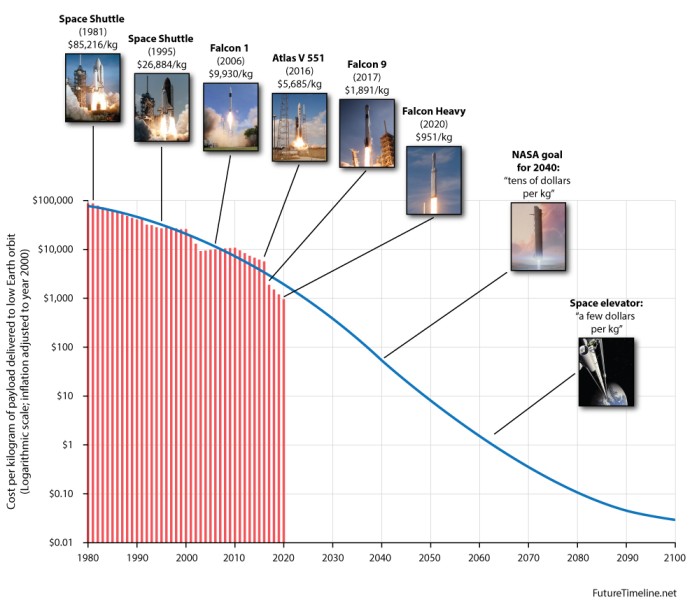 But let's imagine for a minute that a world-changing technology is discovered, not decades from now, but tomorrow. This technology drastically reduces the cost of payload launch to pennies, so that the cost of transporting anything to the moon has become equal to transporting it on Earth.

Now we can send all the manpower and exploration/mining equipment to the moon at a reasonable cost, no problem.

But mining isn't as easy as just showing up and digging. Multiple different types of surveys and mapping need to be completed even before exploration can begin. And then you need to explore property to determine exactly how and where is best to mine. And then you can start building your mine.

On Earth, the process of getting a project from greenfield property to mine-ready commercial operation can take five to 10 years, depending on several different factors. On the moon, I can't imagine that process being any faster.

So even if someone started on a project to commercially mine on the moon today, it would take at least a decade for anything to actually be produced.

My point is, don't expect moon mining anytime in the near future. Moon mining remains in the fiction aisle for now.

Do expect, however, that human beings will continue to push the space industry forward to improve our day-to-day lives on Earth.

Just recently a group of visionaries walked away from top-level positions at Apple, Amazon, SpaceX, and Tesla to join a small start-up company that's aiming to tap into the trillion dollar satellite market. Its mission: to provide the first daily space delivery service in history.

This firm builds rockets faster than anyone else in the industry. And its rockets are 50 times smaller than competitors.

Jason Simpkins, investment director of Wall Street's Proving Ground, says, “According to my calculations, this company’s enterprise value could grow 8,933% very soon... even if it captures just a modest share of this market.”

Mr. Simpkins has recently published a report with details about this small start-up company, its top executive background, its breakthrough technologies, and (most important) how you can invest in the burgeoning satellite industry with them. Click here to check that report free for a limited time.