Look at my Face!

Why facial recognition is the next big tech trend...

“There's nothing more interesting than the landscape of the human face.”
— Irvin Kershner, Director, Star Wars: The Empire Strikes Back

I want to talk about your face…

It’s easily the most recognizable piece of you — for better or worse, depending on said face.

Your face has the highest range of muscle fiber in your body; 43 muscles are linked to your facial expressions alone. In fact, the human face is able to create over 10,000 different expressions. That is an amazing amount of muscle-work to simply display how you are honestly feeling, or what you purposely aren’t saying. 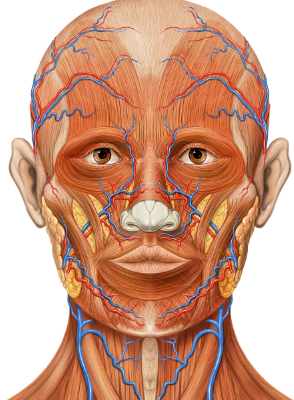 Your face can also tell others if you are lying. Research has shown that if someone looks up and to the left when being asked a question, they are typically thinking deeply and reacting honestly to the best of their knowledge.

Otherwise known as telling the truth.

On the other hand, when someone looks up and to the right, they are “fabricating information” — otherwise known as a bald-faced lie.

As goes the old trope: “It’s written all over your face.”

Now, we all know that and have witnessed it thousands of times in our lives. It’s frankly amazing what you can learn from looking someone in the eyes.

But faces tell even more than meets the eye, and — for investors — it could be one huge area that you never even considered...

There is an invisible war for your face, and you’re going to want to know about it — for your own personal liberties and especially for investing. It’s called facial recognition technology, and it’s capable of identifying a person from a digital image — see photos and video clips.

It's defined as “a Biometric Artificial Intelligence based application that can uniquely identify a person by analysing patterns based on the person's facial textures and shape.”

Now, in full disclosure, I find facial recognition to be a bit creepy…

My first exposure to biometric technology was in the (severely underrated) 1993 movie Demolition Man. It took place in the future — 2032, which is closer now than it was then — and Sylvester Stallone’s cop character, John Spartan, had been cryogenically frozen for almost 40 years.

When he was thawed out, crime had all but disappeared. One aspect of that crime-free “future” was biometric technology. In one morbid case, Wesley Snipes’ character, Simon Phoenix, had to pass a series of locked security doors by using a retinal scan — otherwise known as the eyeball…

Of course, being a supervillain, he didn’t have the proper authority to access the areas he wanted to. He ended up ripping the eyeball out of a security guard’s face and holding it up to the scanner with a pen…

Thankfully, today, we can use biometric technology in a much less gruesome way.

While the technology does bring to mind dystopian tales like Demolition Man, we are living in a dystopian world where privacy seems like a passing afterthought. Investment-wise, you would have been a fool to bet against the invasion of privacy.

Just look at the Facebook stock since the IPO...

Clearly, most people have given up on all sorts of privacy concerns and this technology could be used for all sorts of valuable, non-creepy applications. Take, for instance, my recent trip overseas. I had to wait in countless lines in order to confirm my identity between countries. I almost missed two layovers in Stockholm and Chicago due to the silly nature of security lines.

The same goes for all types of security…

The list is endless. This new “Invisible Detection” technology instantly detects all sorts of security measures...

Daniel Castro, vice president of the Technology and Innovation Foundation, just gave a speech about facial recognition technology, and said:

Savvy investors would be smart to understand it starting today.

The global market for facial recognition technology is just in the first stages of growth. The market reached $1 billion in 2016, but grew to $4.05 billion in 2017 and is projected to reach $15 billion by 2026, according to Stratistics MRC.

Apple just staked $390 million into it, and it is now an essential feature of the iPhone X.

And Alibaba was part of a funding round for this technology and raised a stunning $600 million.

The smart money is in, but the retail investor hasn’t caught up.

My man Jason Simpkins of The Wealth Warrior has been following this for a while now, and he found one tiny company that just emerged at the forefront of the facial recognition tech race. And it could be the next quantum leap forward in crime fighting.

It leapfrogs all current “Face ID” technologies with pioneering advances like object identification. This means it analyzes more than just faces — it analyzes things like guns, knives, and other dangerous weapons.

It can identify these objects and “persons of interest” all in just moments.

So if a terrorist brandishes a weapon at a concert, sporting event, or political fundraiser, the new “Invisible Detection” technology instantly detects it...

Now, Intel boasts a $250 billion market cap. It's one of the world’s largest tech companies.

And, just recently, it inked a deal with the company behind this “Invisible Detection” device.

In short, Intel’s software is the perfect match for these devices. It allows them to detect faces and weapons on any computer. No need for an Internet connection. No need to process the data at some other site.

And that’s just for starters...

With Silicon Valley looking to get the edge, will a major buyout be next?

It’s time to face the facts… this technology is growing exponentially, and you'd be wise to get in now.

You can learn all about it right here.