Let's Build You a Fence

3 Ways to Protect Yourself

I'm currently spending a small fortune to build a large wooden fence around my house.

I say a small fortune because lumber prices are up almost 70% in the past year. And the Fed says inflation is too low...

Anyhow, perhaps you caught my piece recently about the two escaped convicts who crashed a stolen car into my yard. That was the final reason I needed to actually pull the trigger and write the check for some extra security for my home — inflated lumber prices be damned!

I've been meaning to build a privacy fence for a couple years now, but it's one of those vanity projects that doesn't scream urgency. Like every family, we've always found more immediate ways to plow through thousands of dollars of our hard-earned money. Emergencies come up that jump to the top of the list when it comes to expensive home repairs.

This has been especially true when you consider the country home I chose to buy six years ago. You see, we live in a farmhouse that was built in the 1820s.

Indulge me for a quick history lesson — I promise it pays off in the end...

My house once functioned as the servants' quarters for the Bonaparte Mansion up the road. I'm not talking about Napoleon's — clearly the most famous Bonaparte — but one owned by his great-nephew Charles Bonaparte. He was no world-conquering Emperor, but a damn impressive statesman in his own right.

He held the titles of U.S. Secretary of the Navy and U.S. Attorney General under Teddy Roosevelt. He also started the FBI.

Over the years, the house has also served as a general store, a roadhouse, and even a root beer distillery.

That is to say that the house adapted to the times many times over its storied history. The way the stock markets, the Federal Reserve, and the ruling political classes are operating right now, I would humbly suggest that we should all be adapting to the times. We should all be updating the situations we find ourselves in.

We should all be putting up financial fences to ward off any and all invading forces: inflation, a declining dollar, or diminishing wages.

Here are three ways that I'm getting my house in order, literally and financially...

I have been working side by side with my wife to adjust our retirement plans. We spent the better part of the last few weeks going through our 401k(s), 403b(s), and Roth IRAs in order to temper them against any financial storms that may be headed our way. The average retiree has a median $45,000 saved up.

That simply won't do.

Everyone who is currently working should be taking advantage of any and all company matches to their retirement account. That's free money.

The first adjustment to our accounts was to push some of our cash into safe, long-term dividend stocks.

We've moved some money from standard mutual funds that encompassed the entire market to more direct and safe funds that targeted dividend-paying companies that have lasted a lifetime. I'm talking about funds like ProShares S&P 500 Dividend Aristocrats ETF (NYSE: NOBL).

They also yield 2.32% and have returned investors 64% in the past five years. 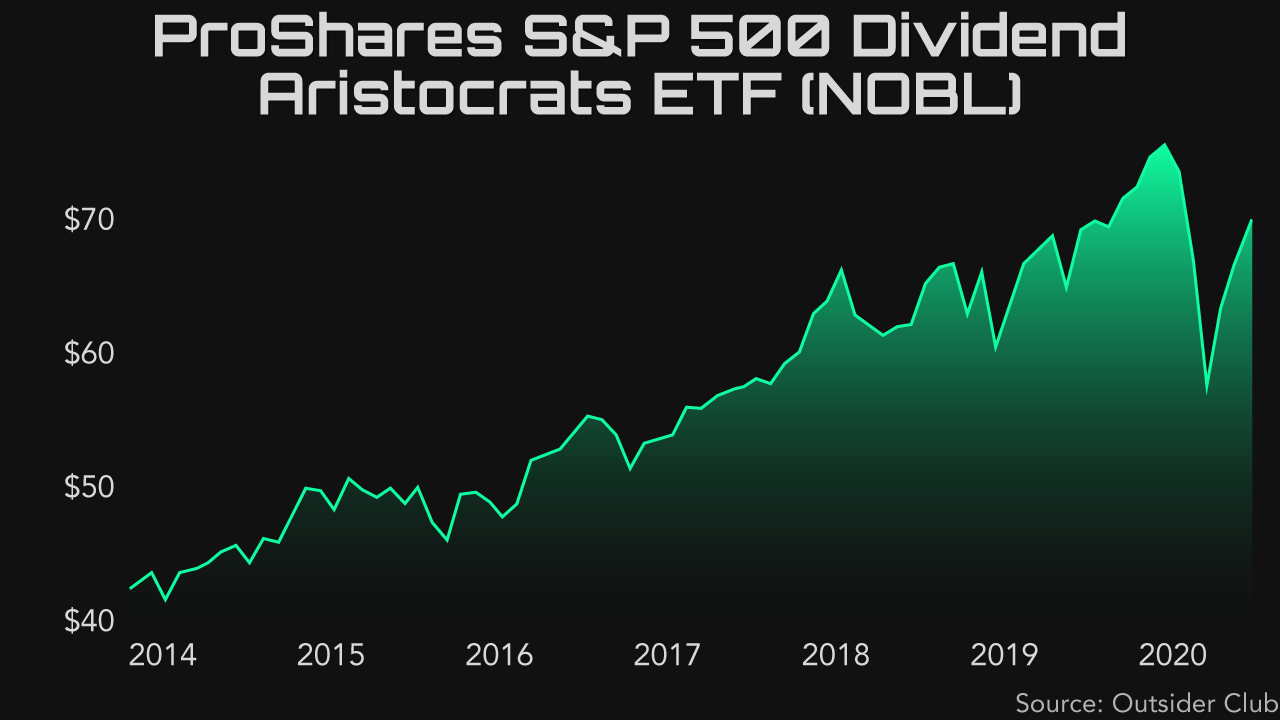 While those conservative moves should protect us from wild market swings, the next thing we did will save us up to $30,000 in the years to come no matter what happens...

The next thing we did was refinance the home I just told you about. When we bought it we thought rates were incredibly low — we paid around 4% interest compared to the 6.75% we used to pay on our first home in Baltimore City, which we foolishly bought toward the height of the real estate bubble.

My wife and I were basically kids at the time, and the dream of owning our own home was too inviting to resist.

Times were so simple back then — the loan officer actually tried to convince us not to put any money down. We saw how those liar's loans played out, and that loan officer was lucky to fleece us with such a high interest rate.

Things have changed and interest rates are at all-time lows.

We're going to spend a few thousand dollars to refinance with Penny Mac, which will take us from 4% to just under 3%, saving us tens of thousands of dollars. Sometimes good defense is the best offense, and there is no other surefire way that I know of to lock in $30,000 in savings for a few thousand up front.

To pull this all together, Penny Mac Financial Services, Inc. (NYSE: PFSI) is also a safe, blue-chip dividend stock and should be a great performer over the next year or two.

Thousands of Americans are doing the exact same thing we are and refinancing homes at rates we've never seen. A recent report estimated that there are almost 20 million feasible refinance opportunities. If you mortgage a loan at, say, $400,000, that amounts to the potential for almost $8 trillion in refinanceable mortgages.

Penny Mac will be servicing a whole lot of them.

That kind of inflow could give Penny Mac the cash it needs to further increase that dividend from the 1.7% it pays today to well into the 2.5% range. The stock should also continue to climb as they release booming financial records.

Like I said, I like a well-tended house. It's as easy as reducing your payments, increasing your value, and storing away cash for that rainy day which always seems to come at the worst time. That's why I'm building the fence, refinancing the loan, and buying dividend stocks that will provide me income every month — regardless of how the market is doing.

What have I left out?

This has been a great year to be in gold stocks. My colleagues Nick Hodge and Gerardo Del Real gave me a gold tip earlier this year that returned triple figures in less than a month! I'm using those gains to pay off the fence immediately.

They made a video recently that explains exactly how they do it.

You can watch it here.