Killing the Ghost of Summer

Sifting through the August wreckage...

We know that in September, we will wander through the warm winds of summer's wreckage. We will welcome summer's ghost.

Thank God I no longer have to worry about such dreadful things like enjoying lovely weather, going to the pool, or taking extended vacations. Oh, the horror!

All kidding aside, as a cannabis investor, I am legitimately looking forward to the end of this sad, sickening summer.

At times, I have actually felt like famed singer, songwriter, monologuist, and agitator Henry Rollins: 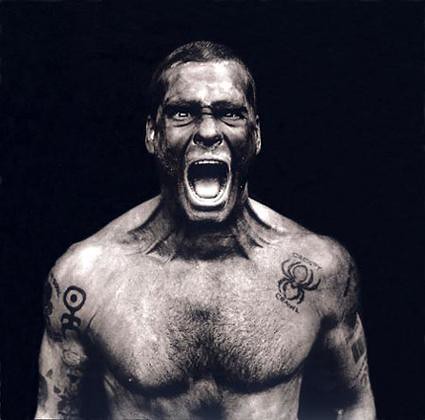 That's me after checking my cannabis stock portfolio this month.

September is upon us. In its final weeks, August was staggering crookedly, profusely bleeding from the puncture wound in its side from a dagger shot by an assassin dispatched by our collective heat-fueled discontent. Every year, August lashes out in volcanic fury, rising with the din of morning traffic, its great metallic wings smashing against the ground, heating the air with ever-increasing intensity. August, the great and doomed warrior of summer, knew that the end was near. Yet so titanic is its rage, it will takes weeks for its body to cool.

If you’ve watched your stock portfolios during the volcanic fury of summer sell offs, you can completely relate.

That is to say that it’s been a rough summer for cannabis stocks. It’s been an even worse summer for the market at large.

But where someone sees crisis, another sees opportunity…

Certainly most of you have heard analysts crowing about the inverse yield curve and a coming recession. When investors start running for the safe havens, cannabis stocks aren’t the first place they run to...

However, cannabis companies can claim something that most blue chips can’t: they currently can’t sell their product in most parts of the world yet. But that continues to change almost every day.

In the U.S., only 11 states — plus Washington, D.C. — currently have recreational use, while 24 more allow some form of medical marijuana.

We’re going to see full-scale legalization in the U.S.

Canada will be opening far more dispensaries and offering more products. It just unveiled final regulations to enable the sale of cannabis edibles, extracts, and topicals starting this fall, which will unlock what is forecast to be a multibillion-dollar industry.

It is expanding overseas as well...

Analysts at Stifel just released a very bullish estimate. They predict that the global market will grow from $8 billion in 2018 to over $200 billion in the next decade.

But we still have to keep short-term volatility in mind.

That brings me to the elephant in the room: Canopy Growth Corp. (NYSE: CGC)(TSX: WEED) — which got absolutely hammered after revealing a loss of over a billion dollars.

That's probably why they fired my buddy Bruce Linton — the visionary CEO who brought me the best investment in my lifetime...

Now, my readers could have made 3,200% on my Canopy recommendation. I'm not sure I'll ever see another investment like it. In fact, I was the first newsletter writer to visit its facilities way back in 2014. I owe Bruce my career to some degree (or at least the down payment on my new house).

He's a great guy and a true visionary.

But the firing of Bruce Linton makes more sense now that we’re getting the numbers: The grand total of losses was C$1.28 billion — or $3.70 a share. Not good. Not good at all.

The more than $1 billion loss was due to the company extinguishing warrants related to Constellation’s $4 billion investment.

Some good news is that Canopy did raise far more revenue — C$90.5 million compared to just C$25.9 the year before. However, with expectations hovering around $122 million, the company blew both bottom-line and top-line expectations.

I think that by bringing in a heavy-hitter CEO from Constellation’s orbit, the company should start improving both the losses and the earnings.

I’m taking the long view on this…

Canopy is still the leader of Canadian cannabis. It is the biggest global cannabis brand and now it is expanding into a U.S. market that is far larger, and will eventually be far easier to operate in than the heavily-regulated Canadian market.

It has a plan in place to acquire American cannabis operator Acreage Holdings (ACRGF) — which is a deal that can only be finalized when federal marijuana laws change in the U.S. When the feds come around (hopefully sooner than later), it will be well positioned to make its brands available immediately.

In the meantime, it is constructing a $150 million hemp industrial park in New York. That will be used for hemp farming and CBD production — which are already legal.

Now, he obviously has a vested interest in saying that — at last count he is still sitting on 2.5 million shares. But his points are still valid and if he were vindictive or worried prior to earnings reports, he would have parted with some of that fortune.

But I'm not buying Canopy right now. I'll wait for the bleeding to stop.

There are several other small cannabis companies that I am buying. Canopy's problems cast a shadow across the entire industry, which means many wonderfully run companies are now trading at massive discounts.

These companies will be the next in line to follow the Canopy trajectory of being bought out by a major international business. More importantly, they are also able to learn from Canopy's mistakes and make sure that they aren't spending more money than they can paper over in a quarterly financial sheet.

I urge you to look at these five companies that have the opportunity to be the next big cannabis buyout.

They are trading at massive discounts, so jump in during the fire sale.