The article says the new digital token, named DIGau, will be pegged to gold's market price.

And it mentions DIGau will be “guaranteed by liens Swig and partner Stephen Braverman’s company, Dignity Gold, secured against mining claims in Nevada and Arizona.”

But there's one big detail the publication really brushes over: The gold used to back DIGau is still in the ground.

According to a press release from Dignity Gold:

The token, now to be known as “DIGau,” will be backed by a minimum of $6 billion in gold reserves pledged to Dignity Gold under deeds of trust and a pledge and security agreement. As of March 26, 2021 this was represented by 3,442,144 ounces of gold reserves.

The gold that has been pledged to Dignity Gold, a portion of which is being provided to Dignity Corp., is represented by reserves at several gold and precious metals mines in the United States. The gold is currently located in tailings and alluvial placer deposits, with extraction intended to begin this year.

In other words, the gold isn't mined or processed yet. Dignity will get the gold through a forward purchase agreement, whereby miners deliver a designated quantity of gold, typically over a period of time.

Well, both Swig and Dignity call this unmined gold “reserves.” And they are accurate. But “reserves” might not mean what you think it does.

“Reserves” is a standardized and regulated word used in the public mining space to describe economically mineable minerals as demonstrated by a published study. The Canadian Institute of Mining, Metallurgy and Petroleum (CIM) defines a “mineral reserve” as such:

A Mineral Reserve is the economically mineable part of a measured and/or Indicated Mineral Resource. It includes diluting materials and allowances for losses, which may occur when the material is mined or extracted and is defined by studies at Pre-Feasibility or Feasibility level as appropriate that include application of Modifying Factors. Such studies demonstrate that, at the time of reporting, extraction could reasonably be justified.

The reference point at which Mineral Reserves are defined, usually the point where the ore is delivered to the processing plant, must be stated. It is important that, in all situations where the reference point is different, such as for a saleable product, a clarifying statement is included to ensure that the reader is fully informed as to what is being reported.

As a mining investor for almost 20 years now, the difference between terms like “reserves” and “resources” is night and day. But I don't think it's very clear at all to the layman.

When the regular retail investor reads, “New York City real estate mogul Kent Swig has secured a minimum of $6 billion in gold reserves to back his new cryptocurrency,” I think there's strong a tenancy for that regular retail investor to imagine “gold reserves” as the Federal Reserve or other central banks — that is, above-ground physical gold bullion stored in a vault somewhere.

He might be thinking the token is backed by this... 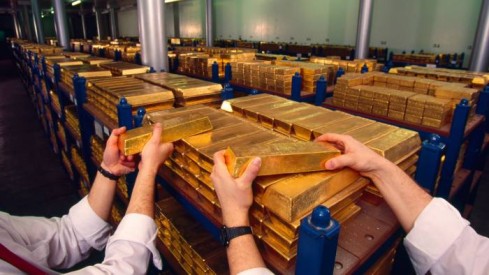 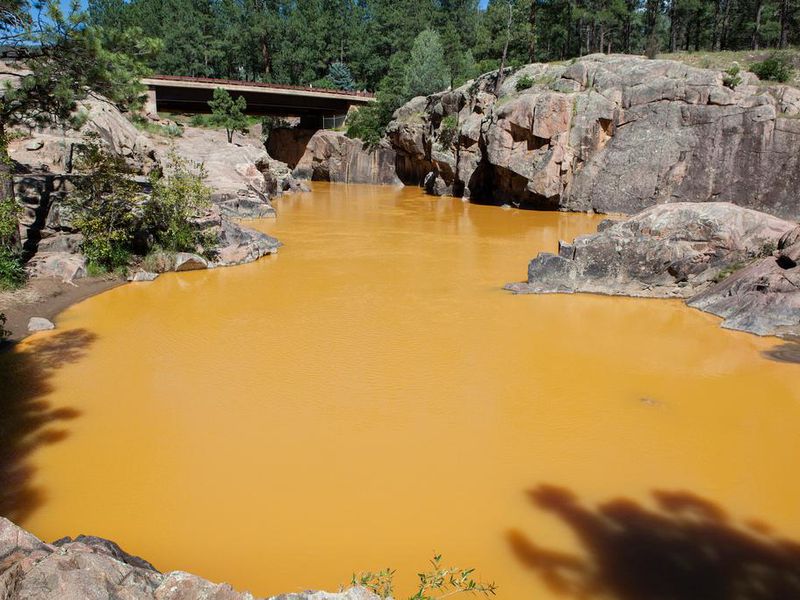 Is using the term “gold reserve” to describe how DIGau is backed misleading?

But there is definitely a strong case to be made that it's potentially confusing.

I guess someone could argue the name of the token, DIGau, is actually explicit enough: “DIG” + “au” (chemical symbol for gold) = You're still digging for gold. But that's a stretch. (FYI: I'm sure the intent was not to imply digging for gold. DIGau is Dignity Gold.)

As the Bloomberg article mentions, other gold-backed cryptocurrencies already exist.

And none have been very successful. So I'm not sure why another one needs to exist.

Not to mention, there's a plethora of digital investment alternatives like ETFs that are backed by above-ground physical gold bullion.

The big takeaway for investors should be this: If you want to invest in gold, buy gold. The most direct way to do that is owning the physical bullion yourself.

DIGau may have some unnecessary advantages over physical bullion, which I'm sure its promoters would love to tell you about. But here's one major advantage owning physical gold bullion in your hand has over DIGau: The gold is already mined and processed.

A less direct way to invest in gold than the physical bullion is through gold royalty/streaming, mining, development, and exploration stocks.

If you want to own gold, do so in the simplest, most direct way possible.