“Donald Trump wants to legalize marijuana. I know because he told me personally several times.”

That was what Republican Rep. Dana Rohrabacher from California told me this week, over drinks in Medellín, Colombia (why I was in Colombia is a story for another time). 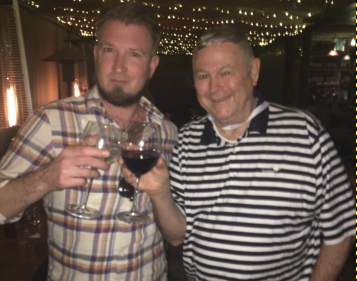 *Editors note: When interviewing Congressmen, a few drinks in a foreign locale are helpful.

And Rep. Rohrabacher should know — not only was he on the short list for Secretary of State for President Trump, he was also one of the first major political figures to advocate for legalized marijuana.

It was no easy task... he failed six times to pass his pro-cannabis bill.

He told me that, as a Republican, it was near impossible to make any movement on legal cannabis. He tried several different methods over his decades in Congress, but Republicans were “too scared of the far-right Christian Conservatives and losing their primaries” to agree to common-sense cannabis laws.

Even talking about the struggles he had during his advocacy made him visibly angry. Rep. Rohrabacher was clearly way ahead of his time. He told me that it was an inalienable right for Americans to be free to do as they wished as long as it didn't impede on others to do the same. He told me that the government should not be standing in the way of Americans' right to safe and effective medicine. He told me that throwing people in jail for "smoking a weed" simply ruined the lives of millions of Americans and wasted billions in tax money and pulled law enforcement away from actual crimes like murder, rape, and theft.

But after repeated failures, he didn't give up. He came up with an ingenious plan...

"I had no votes when I tried it before. Once I introduced states' rights into the argument, I immediately had 68 Republican votes."

But it was only the first shot fired in the battle to legalize cannabis countrywide. Many other shots will be fired this year, and I believe 2019 will be the year that the war is officially over…

The encouraging thing is that the bills being put forth by Congress this year are very bipartisan. While Washington cannot seem to agree on anything else, it looks like marijuana may be the one issue that they can cross the aisle on…

Who would have guessed?

First up is the CARERS Act.

The bill would require the federal government to allow states to legalize and regulate their own medical marijuana markets. More importantly, it would allow the U.S. Department of Veterans Affairs to issue medical marijuana recommendations for its patients, which it hasn’t been able to do in the past.

In fact, Rep. Rohrabacher told me that was one of the reasons he was so steadfast in his support. One of his constituents — “a hard-line conservative” — came into his office. Rohrabacher thought that he was going to take him to task for pushing legal marijuana.

It was the opposite — the man had a son who served in Iraq and came back with serious health problems. Despite it being illegal, a VA doctor gave him information on medical cannabis. The veteran took his advice and his physical and mental health completely rebounded.

The CARERS Act, sponsored by Steve Cohen (D-Tenn.) and Don Young (R-Alaska), would also expand marijuana research and give VA doctors the power to recommend cannabis treatment for veterans.

That would be a game changer, not only for our veterans, but for the medical marijuana community at large…

The second big bill to hit Congress this year is the “Regulate Marijuana like Alcohol Act” — which has the rather sophomoric title of "H.R.420".

To tie this all together, the bill is sponsored by Democratic Rep. Earl Blumenauer of Oregon — who took over as co-sponsor of the Rohrabacher–Farr amendment after Sam Farr retired.

The bill would remove cannabis from the federal Controlled Substances Act, which would remove the single biggest hurdle that faces cannabis today. Right now, marijuana is still federally illegal.

Cannabis is categorized as a Schedule I substance, which means that it has “high abuse potential, no medical use, and severe safety concerns.” That means that marijuana is lumped in with dangerous drugs like heroin, LSD, and cocaine.

If H.R.420 passes, both recreational and medical cannabis companies will be free to conduct business without the fear of federal crackdowns.

That means institutional money can begin flowing into the investment space.

That means companies can finally tap into the U.S. banking system that they are currently frozen out of.

Most importantly — from my perspective — it means that serious, large-scale clinical trials can begin on medical marijuana. Breakthrough CBD drugs will be developed. Americans will have access to low-cost, side effect-free medicines for conditions ranging from insomnia to cancer.

I believe that once medical marijuana is treated like any other pharmaceutical drug, we’ll be kicking ourselves for not recognizing it sooner.

One company I'm following is already well on its way to developing CBD drugs for cancer and heart disease. It will be well served when these bills come to pass. You can read about its breakthrough research here.

To close, I'm very thankful we had civil servants like Republican Dana Rohrabacher to fire the first shot, and Democrat Earl Blumenauer to peacefully end the war. While it hasn't always been politically popular, without representatives like these, we would still be years away from making a serious difference in people's lives and freedoms.