This is a story about coronavirus, fiat currency, and Super Mario?

It sounds silly at first but bear with me as I sort through this strange and fascinating tale where millions of dollars are at stake for what amounts to mere child's play.

Video game stocks have been on a tear this year.

You see, now that COVID-19 has us all locked in our houses with our children, we can bear witness to the absolute power that video games hold. There has been no better time in modern history for children and adults alike to bask in the free time and indoor recreation that the virus swept in. Having two young children, I've been living it personally alongside my new friend, the mighty Nintendo Switch.

Nintendo (NTDOF) — the grandfather of video games — has made $3.3 billion in operating profit for the fiscal year that just ended in March.

That’s a 41% increase from a year ago and the highest in almost a decade. Nintendo’s profit more than tripled compared with the previous quarter — and that isn’t even counting April and May.

Most of those sales were driven by a single game, and here’s where currency — both real and imagined — has come into play…

I'm sure I'm not the only one who remembers the days of ransacking sock drawers, couch cushions, and parent's car seats desperately searching for a few rogue coins I could stuff into my pockets on the way to the arcade.

Whether you grew up playing Pac-Man, Donkey Kong, or Mortal Kombat, you needed some cold, hard change.

I can still remember the blood-like scent of my fingers after a day fighting my friends and foes to take control of the mighty arcade machine. Many times it ended in a pyrrhic victory — even if you weren't the best player, you could withstand the teeming hordes if you just had a couple bucks' worth of change more than they did.

You could almost tell who would reign victorious by the sagging bulges in their cargo shorts.

Currency even bled into the actual games themselves, like the iconic coins you collected as the erstwhile plumber Mario in Super Mario Brothers... 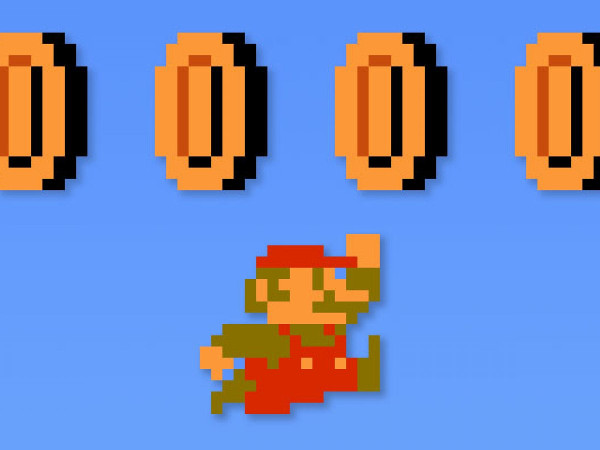 These virtual coins have now spilled over into real life, and real money is at stake...

You can't even find a Nintendo Switch to purchase and — like gold — you'll have to pay a mighty premium if you do. Most are on sale for almost double the $299 retail price. Switch sales on Amazon were up almost 3,000% earlier this year. Most of that demand has been driven by one game, the gold medal of the COVID-games, Animal Crossing: New Horizons. It has sold over 13 million copies in just six weeks. That makes it the best-selling game of the year by a large margin. It has seen the best-ever launch sales for a system that has revived Nintendo as a company.

What's all the fuss about?

I won't waste much time on the premise. You inhabit an island. You plant crops. You spruce up the place. Then you collect currency for your efforts.

That is the part I want to talk about...

The currency in Animal Crossing is “Bells.” Cute little bells that you receive for doing your islandly duties like trimming hedges, catching fish, or any other menial task that kids should be doing in real life! (shakes angry old man fist)

That also means using bells for paying off your mortgage, upgrading your home, or speculating in the "turnip market."

It all seems harmless enough: let the kids waste away their time doing virtual chores. As far as video games go, it sure beats blowing your foes' brains out with assault rifles while calling them unspeakable insults behind the anonymity of an online handle. Heck, they may even learn to diversify their investment portfolio by the time they are 10 years old.

You have to take silver linings when you can these days.

But here's where it gets more interesting and reality-based. Due to the popularity of the game and the need to control the players' conservative saving habits, the "Bank of Nook" — Animal Crossing's central bank — slashed interest rates from 0.5% to 0.05%.

That's right, even in Nintendoland, the central bank is juicing the market to get people spending more! Instead of passively growing wealth with the assets these children already have, they want them to keep spending.

Sounds familiar, right? As Business Insider points out, "The update brings the Bank of Nook's interest rate more in line with the Federal Reserve, European Central Bank, and Bank of England's policy stances."

It sounds a lot like art imitating life to me.

While I'm not foolish enough to try and gauge the real-life policy decisions of central banks, I am smart enough to notice the trend coming from all of these pixelated interactions. Children and adults will be playing more and more video games. Real money will be traded in virtual environments. Billions of dollars will be pushed into these two markets.

I am not, however, betting on Nintendo or any console gaming that exists currently. I have a much longer view of the video game economy — and one area in particular that I believe could see 82,000% growth.

To find out exactly which one, insert coins here.