How Not to Buy an IPO

That's all it took for Shake Shack to file for an $800 million IPO and return an unbelievable 131% return on its very first trading day. The stock, which was priced at $21 Thursday night, breached the $50 mark in a few short hours, and sent its valuation to over $1.5 billion.

For a company that only has about 60 locations around the world, I'd say it better start selling a ton of cheeseburgers...

Right now, as Steve Goldstein of Marketwatch noted, "Shake Shack is valued at roughly $212.50 per every burger it sold last year."

Now, I have nothing against Shake Shack. I think investors have seen the “clean food” writing on the filthy McDonalds bathroom wall: people are done eating food that is borderline poisonous and makes them feel like Ebola patients afterwards.

Companies like Chipotle (NYSE: CMG) and Panera (NASDAQ: PNRA) have already proved this.

And burgers themselves (not counting McDonald's) have proven to be big business. Just check out CNBC's “Burger Index”: 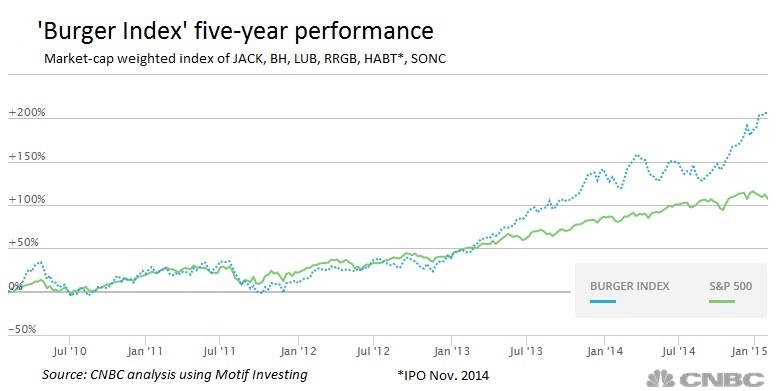 It has beaten the S&P by double! So burgers are not the problem I have with this IPO.

The issue here is that it is an IPO in the first place...

Unless you were in on the initial IPO (in which case, please introduce me to your friends), you would have had to bought the stock somewhere around $47. If you did so, you would have gotten a nice little pop, but hardly the 100% plus that early investors got. And judging from history, you should be prepared for the stock to sink back down by a wide margin.

The key is to time an IPO just right, and the formula is rather simple...

So when an IPO launches, you cannot just buy the stock for the listed price. Those shares are earmarked for early investors. So the insiders get in cheap, and then ride that initial mom-and-pop investor excitement to huge paydays.

The thing to look at here is the “lockup” period.

When a company files an IPO, the folks who underwrite the offering have to sign a contract saying they won't just sell off their shares the next day and crash the stock so soon after it debuts. Even one big-time trader could crash the stock price by unloading his portion.

Lockup periods are typically between three months and two years. Shake Shack is locked up for six months.

Once that lockup period expires, those early investors start cashing out their shares for a nice windfall — especially if they know of any danger on the horizon for the company.

Here's how the last big IPOs have done after their lockup periods...

AliBaba — the Chinese e-commerce giant — has taken a major tumble and it hasn't even had the full lockup removed yet.

On December 19th, the company relaxed its lockup of 8 million shares and allowed early investors to start taking some profits. Now, those shares only accounted for 1.6% of eligible shares, and here's what has happened since: 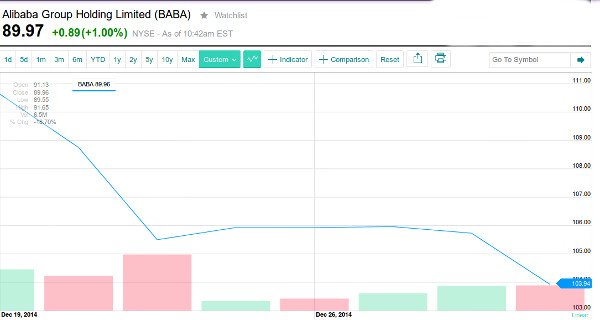 That's an 18.7% dive since after a very limited lockup expired.

Now, these things don't happen in a vacuum: AliBaba had some disappointing sales figures to blame as well. But if it's a harbinger of things to come, we'll really have to watch what happens in March, when 429 million shares will be unlocked and September when 1.6 billion shares are free to trade.

Twitter's first lockup expired in May and the stock got creamed as insiders unloaded their holdings... 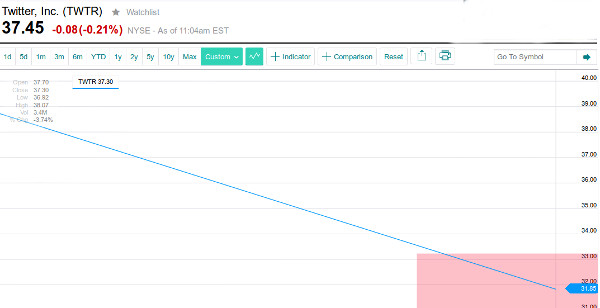 Twitter stock dropped 17.8% in one day, and knocked $4 billion off its market cap.

AliBaba and Twitter were hardly the only big-time IPOs to get taken to the cleaners as soon as investors could cash out...

If you want to get scientific about it, a recent study from the University of Florida revealed that all IPOs from the last 40 years have done about 3% worse than their peers in the five years after they IPOd.

The lesson here is simple: if you really want to get into a new IPO position (and truly believe the company will be around for the long haul), simply wait until a big sell off. Be patient. There will be a dip.

If you had bought Twitter the day after that first crash, you'd be sitting on 37% gains right now.

If you bought the first Facebook dip, you'd be sitting on an incredible 276% gain.

Time will tell with newer companies like AliBaba and Shake Shack, and we have no crystal ball. But if I were you, I'd wade carefully into any IPO to see how the first round or two of lockups shakeout before super-sizing your holdings...

In the meantime, if you want to check on the lockup dates for any recent IPOs you are interested in, here's a great resource calendar.