Investors put a lot of effort into their work. Of course, the work isn’t back-breaking manual labor. But it is very time-consuming. It’s not uncommon for investors to be poring over earnings reports and reading company news at all hours of the night.

Yet the rewards for the effort are there. You put in the time to make the best investment decisions based on the information you have and, when you’ve done well in your research, you usually make a profit. And that in itself is rewarding — it feels good to take a profit you’ve earned. But what happens when you just get lucky?

In the mid-2000s, I was a very active eBay user. Many of you know that I have been an active coin collector for a long time. And eBay was (still is) the best place to buy collectible coins from private collections from around the world.

The thing about eBay is, if you use the website very often, you end up buying things that you really didn’t intend to — impulse purchases. It’s something that almost no one (including yours truly) is completely immune to. So I ended up buying a bunch of stupid knickknacks through the years, which filled up empty spaces on my bookshelves. Here’s the kind of stuff I bought… 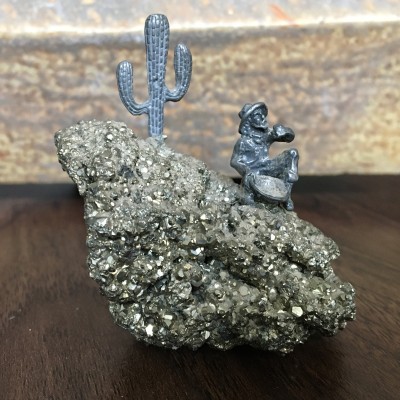 Like the pewter figurine of a man panning for gold on a piece of pyrite pictured above. I bought this because I like the irony of searching for precious metals on a mountain of fool's gold. 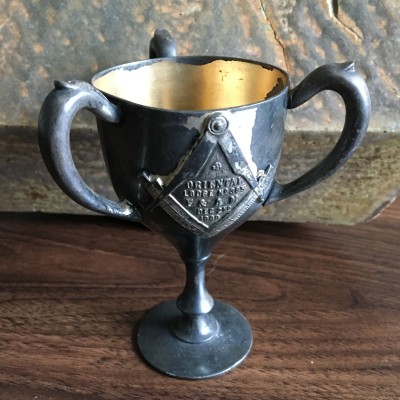 And this sterling silver and gold-lined masonic loving cup from 1909. I bought this because it would look cool on my bookshelf — and kind of reminds me of the Holy Grail from the Indiana Jones film. 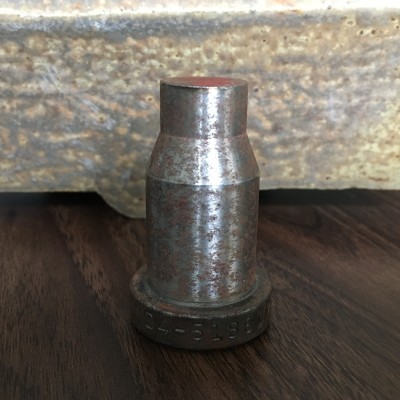 And this fully defaced Roosevelt dime die from the United States Mint. Owning a U.S. coin die with the face would be insanely illegal, for obvious reasons. However, fully defaced Mint dies like this one were sold to collectors in the late 1990s and early 2000s as scrap metal.

Like I said, the impulse purchases were just stupid knickknacks meant to fill up empty space on my bookshelves. Here’s another one: 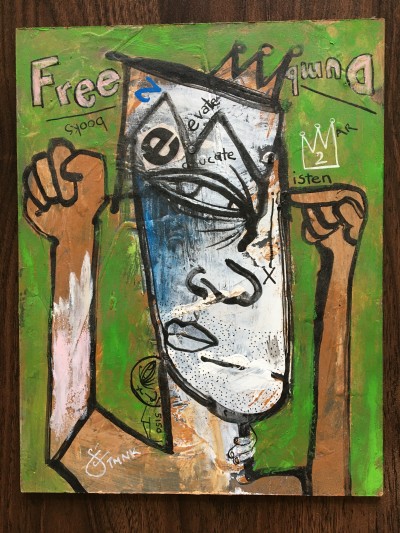 That's a 8.5" by 11" mixed media on hardboard piece by Scott Patterson aka "TMNK," or The Me Nobody Knows. I bought this from the artist's eBay page around 2006 for $50 and, like the other junk, it has sat on various bookshelves through the years.

Well, a few weeks ago I was looking at it and got curious about the artist. So I did some quick research. And it seems the artist became relatively well-known a few years later with works featuring President Obama. This piece sold for $1,000 at auction in 2014: 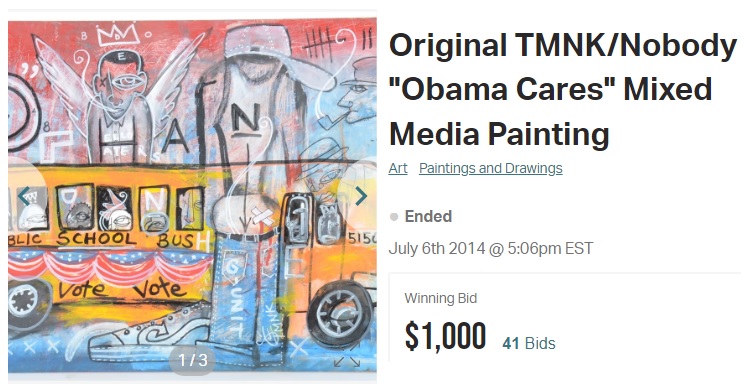 So, of course, the next thing I did was look at current prices. 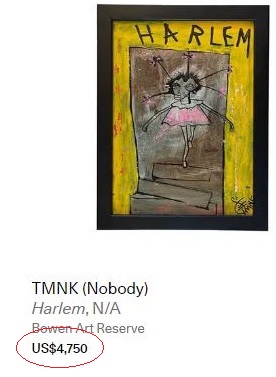 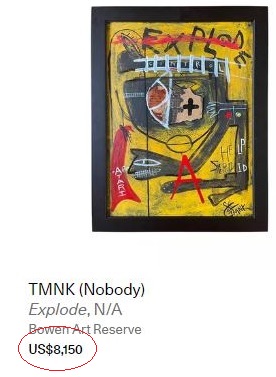 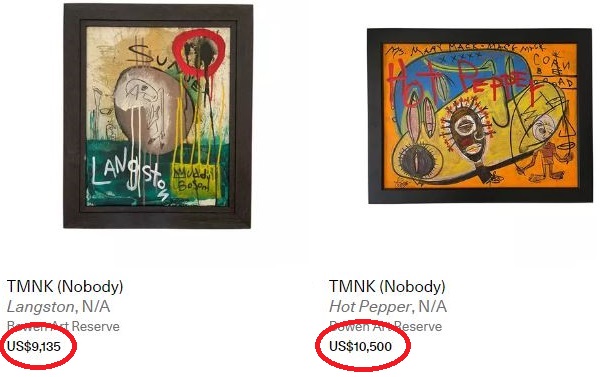 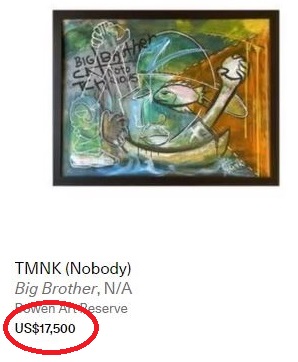 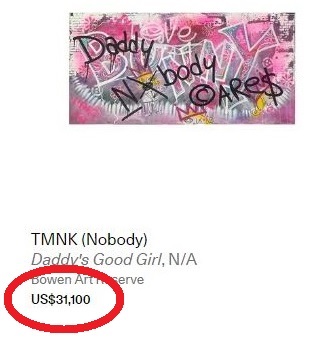 You can imagine my face when I saw some of these prices. Remember, I paid $50 for mine.

Now, we’re only talking about a few thousand dollars, at most. But it’s a huge gain percent-wise. The historical average stock market return is 10%. Meanwhile, the best hedge funds in the world return around a 40% annual gain.

The tragic irony of it all: I wasn’t trying to make a profit.

So what is it like to have such a windfall profit fall into your lap?

First of all, the story has a bittersweet ending. And this is one of the reasons I decided not to sell. After doing a little more research, I learned that the artist committed suicide in 2016, which may have increased the value of his work. And I’m not going to try to make a profit off someone’s tragic death.

But even if the artist were still with us, there would be something missing in taking a 10,000% windfall profit.

Well, I think Franklin D. Roosevelt put it best in his 1933 inaugural address:

Happiness lies not in the mere possession of money; it lies in the joy of achievement, in the thrill of creative effort. The joy and moral stimulation of work no longer must be forgotten in the mad chase of evanescent profits.

What’s missing is the joy of achievement. I didn’t try. I put no effort in. I just got lucky.

Now, I’m sure there are many out there thinking, Money is money. Who cares where it came from? And yeah, sure, all money is going to spend the same way. But money is simply not as meaningful when you don’t work for it.

I want to leave you with this thought: Consider how many people out there are just trying to get lucky in the stock market. Think of the millions who sunk and lost money into shitcoins and NFTs hoping to get rich quick. If they made money, would they really be any happier?

It’s better to actually put time and effort into investing. Getting lucky is unfulfilling.