Not many people in the USA have seen their hometowns change dramatically seemingly overnight. However, Baltimore did about five years ago.

Read on for the introduction to Jimmy's March issue of The Crow's Nest.

If you'd like to join and read more from him, you can check out his latest offer here.

When the news is good, it’s a wonderful time to read about it.

When the news is bad, it’s a perfect time to ignore it.

When the news is terrifyingly awful?

That’s when reading about it is crucial — and that time is now. The world is in full-fledged panic mode: pandemics, stock market crashes, oil shortages.

First things first, I want to sincerely wish you and your families the best during these trying times.

I’ll start this issue off by saying that I’m not one to panic...

I didn’t go out and hoard toilet paper, hand sanitizer, canned goods, and bottled water. You know why?

Because I always keep a steady supply of those things. I sleep safer — regardless of what’s happening — if I know that I can survive weeks in any event.

Snowstorm? Power outage? Global pandemic? At least I know I can make it long enough to let things return to normal.

Being from Baltimore, I am no stranger to panic.

In 2015, riots engulfed our entire city and left burned buildings, smashed windows, and the thick smoke of uncertainty in its wake. You likely heard about it on the national news. Even the most hard-nosed citizens were shaking in their boots. While we were tempered against murder, corruption, and scandal, we seemed wholly unprepared for “The Baltimore Uprising”.

If you’ve seen The Wire you know what I’m talking about. In that iconic show (which was closer to reality than any other television I’ve seen) we were coined Bodymore, Murderland. 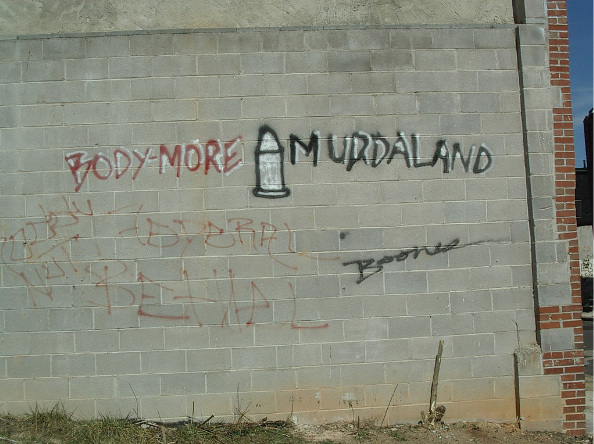 The city council tried to counter that reputation with Orwellian slogans like “Charm City”, “The Greatest City in America”, or even the completely absurd “The City that Reads”. 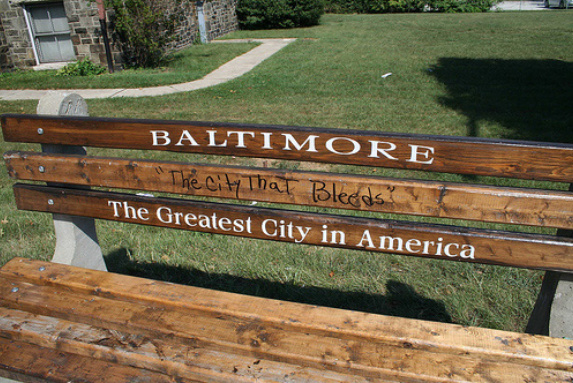 Such pithy expressions weren’t taken seriously by the shrewd citizens of Baltimore; we’d been dealing with these issues for decades without panic. The daily horrors of our town never totally consumed us, and most of us tried to have a sense of humor about it.

The riots changed all that...

It wasn’t just the gangs.

It wasn’t just the police department.

It wasn’t just the political figures.

This time was different.

Just take a look at this scene after Freddy Gray was killed by the Baltimore Police Department: 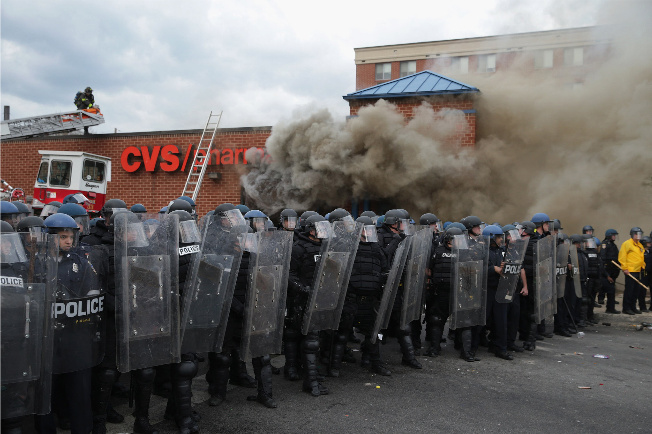 Baltimore hadn’t dealt with riots like this since Martin Luther King was assassinated.

We were awash in violence and unrest overnight, and the entire city was in full panic mode: schools were closed, businesses locked their doors, and workers were warned to avoid their offices.

Then the National Guard rolled into town with their machine guns and military vehicles and set up shop right beside our downtown office. Here’s what my colleagues and I walked through on our way to work: 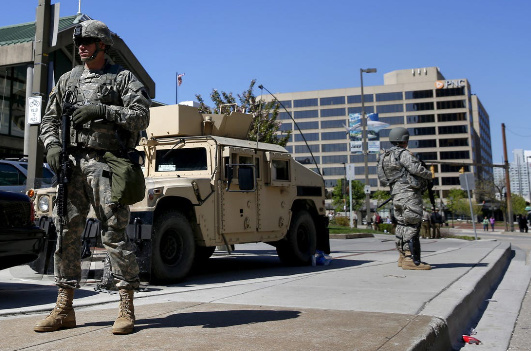 We were essentially put on lockdown. Something as simple as walking to the coffee shop in the morning was enough to rouse panic inside me.

How can you possibly function — let alone relax — when your city looks like a war zone?

For me, it was doing something fun and familiar. In Baltimore that means heading down to Camden Yards and taking in a good old fashioned Orioles game. Since the ballpark opened in 1992 it has been the crown jewel of Baltimore. It inspired almost every other major league ballpark ever since.

On April 29, 2015, I ventured from our downtown office — past the empty Inner Harbor, the abandoned, militarized streets, and the shuttered Convention Center — to Oriole Park at Camden Yards. It was a beautiful day and I suspect it could have given at least 30,000 Baltimoreans a much-needed respite from the turmoil.

However, this was the crowd when I got there: 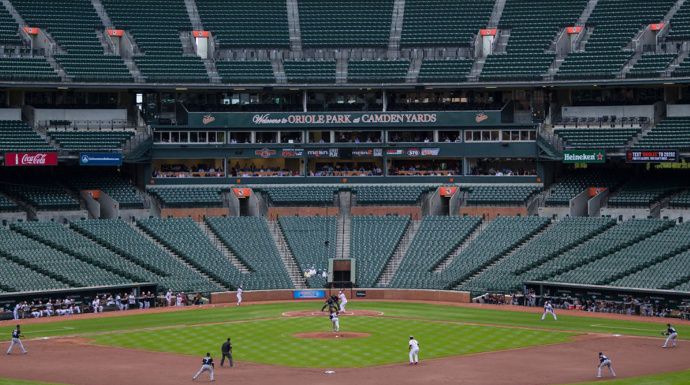 That’s right — the O’s were playing to an entirely empty stadium. Today, sports teams around the world had played to empty stadiums thanks to early coronavirus scares. Now nobody is playing any sports at all. But that April day was the first time in the century-plus history of America’s Pastime that a game was played without any fans to watch.

It was just as creepy as it was exciting.

I sauntered up to the closed fence in the outfield and peeked my head through the bars. The first thing I heard was “cracckkkkkkk”!

That was the sound of Chris Davis mashing a three-run homer in the bottom of the first inning. It was like hearing a bomb go off.

There was no announcer bellowing “Going, Going, Gonnnnnne!”

Instead of thousands of fans jumping to their feet and screaming in unison — there was just the tepid applause of myself and the 15 or so fans that were huddled around the outfield fence.

April 29th was a day I’ll never forget — not because of the panic in the city, not because of my “if a tree falls in the forest” disappointment, heck, not even because I witnessed history.

The most memorable part of that day was the crack of that baseball bat echoing into eternity. I can still hear it right now as I write this.