An interview with an arms dealer...

When you were a kid, what did you want to be when you grew up?

That’s because I spent the better part of an afternoon speaking with someone who fits all of those bills. Sean Rich has a very specific set of talents. He’s been in the antique collectibles market for decades. You may have seen him on “Pawn Stars”, or caught his “Lords of War” show on the National Geographic channel. He also supplied all of the authentic weapons for the “Pirates of the Caribbean” movies.

I ran into him at an antique arms convention in Las Vegas and decided he would be a great person to speak with for my pirate-themed Crow’s Nest newsletter. It turned out to be such an interesting chat that I decided I would share it with The Outsider Club as well.

We discussed what to look for while investing in collectibles, and why kids these days don’t have the passion for history that they used to.

He also shed some light on how to spot phony items so you don’t get ripped off and why it is so important to have your items authenticated. The only thing that separates a piece of junk metal from a priceless heirloom is an expert...

With that in mind, let me introduce you to Sean Rich…

Jimmy Mengel: Hello Sean, thanks so much for your time. Let’s start at the beginning, were you always interested in historical artifacts?

Sean Rich: Yes, I grew up in Florida and New Jersey, and the house that we had in New Jersey, it was a colonial house that the original structure was built in the late 1600s. We had three fireplaces, and over each one of the fireplaces was an antique musket. And that just was the décor for colonial homes, and it still exists to this day, of having a musket hanging over the fireplace. 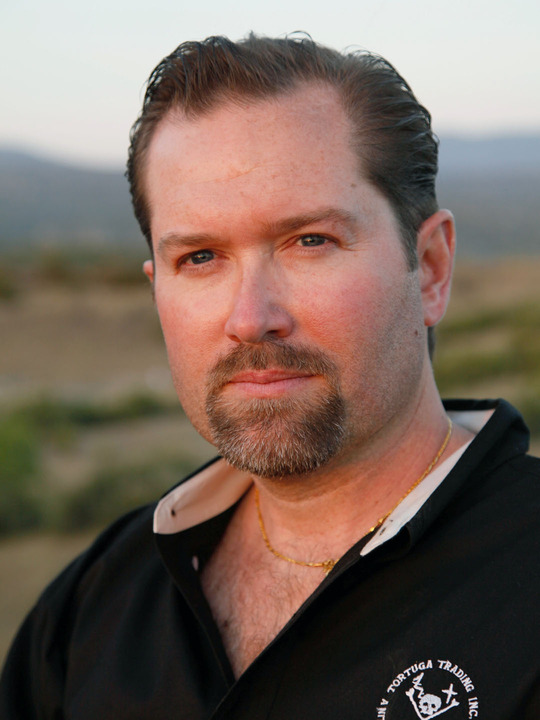 A lot of people don't realize why, and there's an expression called “keep your powder dry,” and that was why. They put the musket over the mantelpiece because that was the driest place in the house, and the musket would be kept loaded in the case that you needed it right away. You could just grab it off the mantelpiece and go take care of business.

Jimmy Mengel: I honestly never knew that. I figured it had to do with pirates keeping their guns out of the water. Speaking of pirates, how did you first get involved in antique pirate gear?

Sean Rich: Where it really took off for me was in Florida — looking out over the Gulf of Mexico, thinking about the Spanish treasure fleets. What could be out there? So, I was captivated by the bug, and it's an honest addiction, if you will, just infatuated with the history.

I pursued education, primarily archeology. That was the other thing, I was really, really dedicated, and all throughout high school, I was participating in archeological digs in New Jersey.

Jimmy Mengel: How has collecting changed over the years? Judging by the huge crowd at the Antique Arms Convention, it seems as robust as ever.

Sean Rich: I want to say, first, with all collecting in general, across the board, whether it's coins, antique cars, furniture, art, antique guns, arms and armor, there has been a gradual but definitive shift, if you will, where the younger generations just do not seem to have an interest in antiquity, which is really shocking and startling.

There are a couple of factors that are causing this, and I firmly believe that it's the lack of enthusiasm in history in the school system. Despite, you see movies like “Pirates of the Caribbean,” and things that you would think would spark an interest... which in some cases it does, but it's definitely not what you or I would expect and hope to see for the future generations to, in a sense, take over my shoes as being a custodian of history.

That's what I love about what I do, is being able to obtain these things that you can directly correlate to a time period in history and then let your imagination go wild...

Jimmy Mengel: I thought that was interesting, because that show was pretty much my first experience in a large-scale display of that culture. I honestly expected to see more kids out there, because I know when I was a kid, I would have freaked out to go to something like that.

It was so cool!

But, as you mentioned, I didn't see too many young people there.

Sean Rich: No. And traditionally, being an antique firearms collector and investor, it's always been an older, wealthy man's game. The younger generation, especially currently, like I was saying before, they just don't get it. And again, it's because of the current world that we live in. You merely say the word gun in a public school and you can get in serious trouble, regardless of what context you're saying that word.

So, the history of the gun and its place in how we live the way we do, it's really something. I've never thought in my lifetime I'd see anything like this, where the gun culture has changed, and there's dividing lines in the sand of how you can talk about it, and what forums to talk about it.

Jimmy Mengel: Now, it's especially interesting considering what the gun has meant to history in general. Love it or leave it, the gun has been very, very important.

Since this is an investment letter, let’s get to the investment side of things. It can be somewhat overwhelming. What do you really look for, in terms of rarity, time frames, certain weapons? How does someone even get into doing this?

Now, a lot of people gravitate to the American Revolution because it has so much significance to the country that we live in today. Let's just say your fascination is with that point in history. I would suggest you hone that time period and fill that time period for your collection with that particular type of material.

So, not only the antique guns, but the other things that I call “survivors” that those same people would have been using. Which would be as simple as a little belt knife, clay smoking pipe, buttons, little artifacts, and things that you can kind of all tie together as to what that guy had during the Revolutionary War.

I will say, as a warning, once you get into it, it's very hard to stop at just one. I started when I was 12 years old, and one flintlock pistol turned into two, two turned into four, four into 10, and just so on, so on, so on.

That's the other nice thing about the hobby, if you will, is that there's lots of variety still out there that can be obtained.

But my recommendation is to buy from somebody who you can trust, that really knows what they're selling, represents it correctly, and is willing to stand behind it.

Provenance is everything. If somebody is asking a lot of money, beyond what a similar item is priced in the marketplace, you have to just take a step back and say, OK. Where is this story coming from? Is it substantiated? Is it factual? Is it worth the extra amount of money that the person is asking for it?

Jimmy Mengel: So, you don't necessarily need to be going to flea markets and buying what you think are old pirate muskets? Most of that stuff is probably complete garbage?

Sean Rich: Well, you never know. And that's why I love the pursuit, I love the hunt. There are always diamonds in the rough, and I always hold hope that one of these days, there's gonna be a yard sale, garage sale, flea market, and somebody's gonna find old uncle whoever's collection in the closet and go bring it out there to sell it.

Again, all we are is just custodians of these things for future generations.

Jimmy Mengel: Before I go, as a pirate aficionado myself, I have to ask about the antique weapons you provided for the “Pirates of the Caribbean” movies. Did Johnny Depp ever stumble and dump a priceless antique pistol or sword into the drink?

Sean Rich: Yes! We did lose two 17th century swords when we were filming in the Bahamas...

Sean Rich: They went over the side, and that was it. Some lucky sport diver will find it, maybe. And they'll have themselves a real 17th century pirate sword.

Jimmy Mengel: Thanks again for your time Sean, it’s been enlightening to talk to you.

Sean Rich: It was a pleasure.

If you want to check out Sean's collection, you can do so at Tortuga Trading.