What do they all have in common? Electric Vehicles...

(And hookers, read on)

That’s exactly what Hindenburg Research accused Nikola Motors (NASDAQ: NKLA) of in a scathing short report last week called Nikola: How to Parlay An Ocean of Lies Into a Partnership With the Largest Auto OEM in America.

The high-flying electric car company — which has seen 200% gains in the last six months — was called an “intricate fraud” and the once-skyrocketing stock came crashing back down to Earth: 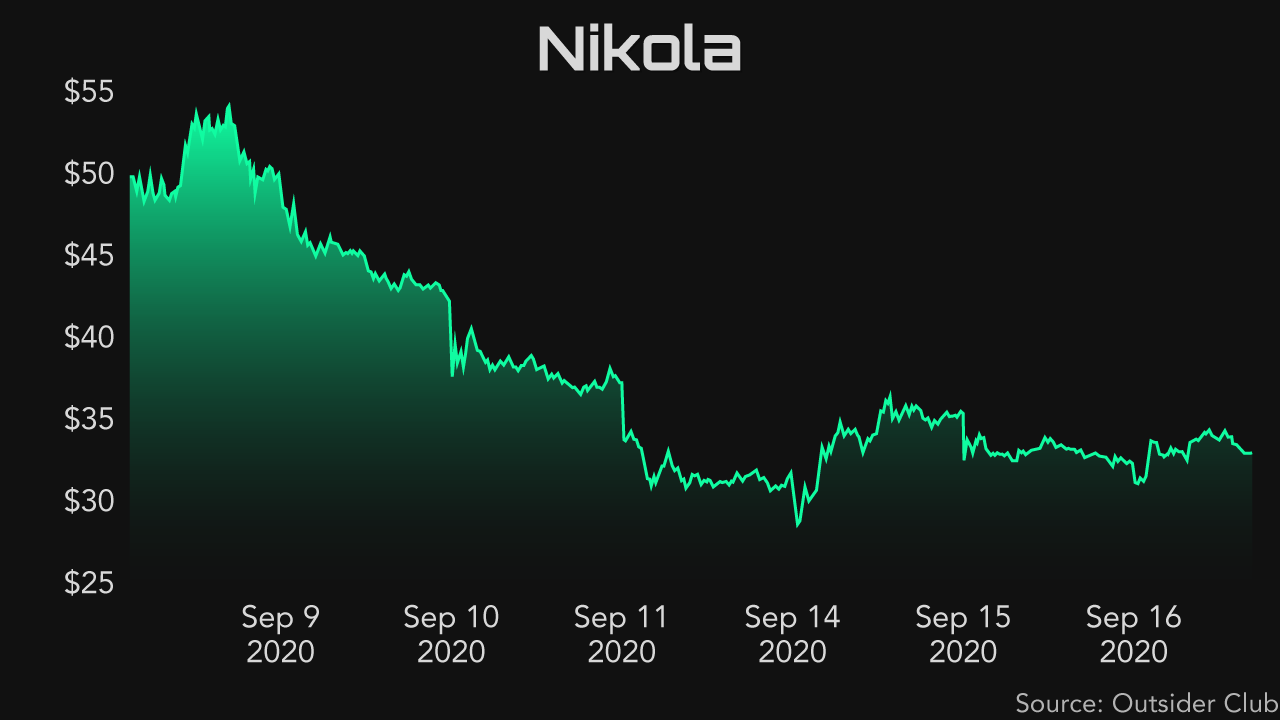 That’s a 32% drop in a week after rallying from the historic partnership with General Motors (NYSE: GM). The “Big Three” American automaker took an 11% stake in the company worth $200 billion in equity. It appeared as if the old guard had merged with the new one in an alliance to take on Elon Musk’s Tesla crown.

I wrote as much last week in a “Plot to Kill the King”, but now it is starting to look more like “The Emperor’s New Clothes”.

Some of the accusations about Nikola are impossible to ignore, and others are downright insane…

For those of you who aren’t familiar with Hindenburg Research, let me give you a brief primer. It is a research company that specializes in shorting stocks — much like Citron Research. It releases “investigative exposé” reports on companies in which it has a financial interest in shorting — and it usually works.

The company has to issue a rebuttal, the stock sells off, and the short positions make a quick buck. It’s much like politics: if you can throw all of the dirt you have on an opponent, they have to spend the next few days talking about it, and most people will only remember the nasty stuff whether it’s true or not.

Typically it will focus on small-cap stocks that are far easier to manipulate; it's done it successfully with cannabis stocks that I cover, like Aphria (NASDAQ: APHA) and PharmaCielo Ltd. (TSXV: PCLO).

But I’ve never seen it aim its rifles at a company as large as Nikola — which boasts a $13 billion market cap. Even Hindenburg mentioned that it has never seen this level of deception at a public company, especially of this size.

The report on Nikola is quite damning — so much so that the SEC is now investigating the company.

Let’s start with the most troubling accusation: its trucks were empty shells that didn’t even function.

In 2016, while desperately trying to attract attention and investors, Nikola staged a demonstration of its “groundbreaking” electric semi-truck the Nikola One. In a video called “Nikola One in Motion”, the company debuted the electric semi-truck rocketing down a dusty highway. 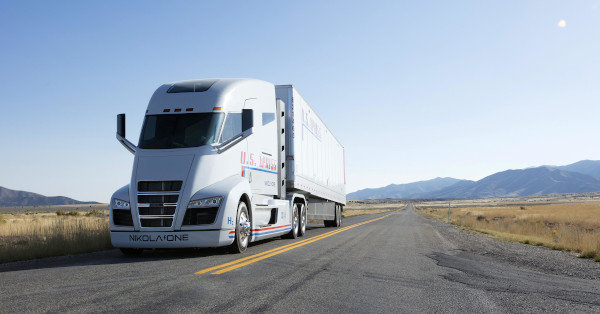 But, it wasn’t. They simply rolled the non-functioning truck down a hill, much like a box-car derby but with billions of dollars riding on the race. I do suppose that would technically be considered “in motion”, but surely not what CEO Trevor Milton alluded to when he told potential investors that:

“It’s my pleasure to actually let you guys see the truck, know it’s real, touch it, feel how sturdy it is. You’re going to see that this is a real truck. This is not a pusher. Thank you so much everyone!”

How did the company spin this after the Hindenburg report?

It confessed that the vehicle was not functioning under its own power and that the video was specifically to unveil the power of gravity. By using “in motion”, it meant that it actually wasn’t lying in the video presentation.

The Nikola One was indeed a pusher, as was Milton himself. If I say that Milton was lying, he might as well say “No, I was simply pushing hot air.” (Which is also how a spokesman for Powercell AB, a hydrogen fuel cell technology company that formerly partnered with Nikola, called out Nikola’s battery and hydrogen fuel cell claims).

A few quick highlights from the rest of the report:

Where there’s smoke there’s fire. While I’m sure that Hindenburg played up some of these incidents for dramatic effect, the company hasn’t bent over backward to refute the claims. So that begs the question: why in the world would a stalwart like GM team up with a bunch of hucksters?

Nikola is going to pay GM around $700 million for building the Badger. It will pay even more once GM starts manufacturing it. And because the battery version of the truck is based on GM's existing Ultium battery platform, GM will sell that technology. Let's not forget — since Nikola, according to the reports, doesn't have working hydrogen fuel cell technology, GM will also supply its Hydrotec fuel cell technology in addition to the hydrogen fuel cell supply agreement that's in place.

Essentially, GM is providing all of the parts and supply chain without any of the risk involved.

In the meantime, GM is also getting a free ride to try out its own technology on somebody else's dime. Even if Nikola goes to hell in a handbasket, GM will still get crucial information to develop its own electric trucks.

And let's not forget the $2 billion in Nikola stock that GM now owns. It can sell it in a tiered manner over the next three years. During that time, I think this controversy will go away and people (see Robinhood) will continue to buy the stock.

I would buy GM over Nikola right now. They'll stick around for the payoff.

But instead, I would much rather buy a fuel cell-based, electric truck company that has actually proven itself for the past 20 years. It doesn't have to roll trucks down hills, partner with aging car companies, or lie about anything.

It's doing everything right and staying out of the spotlight.

Give it a look right now, because it may be the next company to partner with a major — no hot air, fraud, or prostitutes involved.