Investing in physical gold and silver bullion holds a secret and powerful benefit… one that both creates a hedge and builds a foundation for wealth accumulation.

But I’ll tell you now that it’s not an equal benefit. It’s something that can financially help some people much more than others.

In fact, some investors are going to call this “benefit” a disadvantage. And, for them, they wouldn’t be wrong.

But owning physical gold and silver bullion can provide an unwitting advantage to tens of millions of folks across the country.

I won’t beat around the bush…

That’s not a mistake.

You read that correctly.

Illiquidity (its difficulty to sell) is the secret benefit to physical gold and silver bullion. 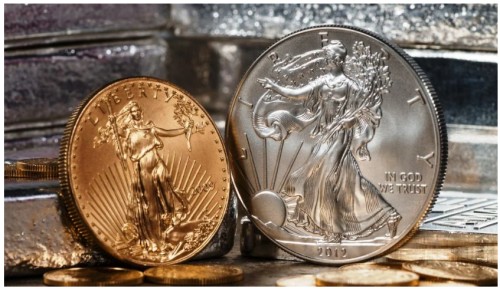 Investment assets aren’t really “liquid” or “illiquid.” The liquidity of investments is really a spectrum. Some investments can be liquidated in seconds, while others take months. Physical precious metal bullion falls somewhere in the middle of that spectrum.

Stocks are way more liquid than physical gold bullion. You can sell your stocks in seconds without even standing up. In fact, if you have sell orders set, your stocks will just sell automatically. You could sell your stocks while watching paint dry.

But selling physical gold and silver bullion is more involved.

Nevertheless, the least amount of effort in selling gold and silver bullion involves arranging a sale and then mailing the physical metal to the buyer. It’s everything you’d expect when selling a physical object.

The point is gold sits somewhere in the middle of the asset liquidity spectrum, and that can be actually very beneficial for tens of millions of people — particularly those with poor saving habits.

I'll give you a personal example.

Like many people, I had very poor saving habits when I was 18 years old. I had two jobs, but I would just spend every dollar I earned buying crappy Mexican brick weed and trying (and failing) to impress girls.

When I was in my 20s, however, that changed. And it changed because I started buying physical gold and silver bullion.

Selling bullion is a kind of a hassle but not a huge one. It's just enough hassle for people with poor spending habits to dissuade them from selling their physical bullion to buy something frivolously. Owning physical gold and silver bullion sort of forces people to save.

At the same time, physical gold and silver bullion is liquid enough that if people absolutely need money, they can sell it in a reasonable amount of time.

When I was 21, I wouldn’t sell my gold to buy a guitar I wanted, but I would sell it if I needed to pay my rent. Owning gold back then forced me to be more financially responsible.

As I mentioned, physical gold and silver bullion being somewhere in the middle of the liquidity spectrum won’t be a benefit for every investor. However, for those with poor spending habits, owning bullion sort of forces them to save while providing a short-term safety net.

Now, I really don’t expect most Outsider Club readers to have poor spending habits, but I guarantee you know someone in your life who does. So as you’re thinking about what to get people as gifts for this holiday season, consider physical gold and silver bullion.

I will tell you physical bullion is not a gift everyone is going to appreciate immediately… especially a kid or younger adult. Odds are good you had an uncle or grandfather give you an American Silver Eagle for a birthday or Christmas. As a kid, that’s kind of a crappy gift. So I’d recommend using bullion as a secondary gift. But later down the line, if they ever need it, that bullion will be there.