There’s a very good chance gold prices have bottomed out — and that’s created an incredible opportunity for investors in a tough market.

If you haven’t been paying attention to gold, that’s not surprising. Very few investors have been. Gold has lost much of its luster after failing to respond to rapidly rising inflation in the U.S. and elsewhere.

Inflation levels sit at 40-year highs. Yet gold, traditionally seen as the ultimate inflation hedge, rests near a two-year low.

Much of gold’s struggles over recent months can be attributed to what seems like an unstoppable rally in the U.S. dollar.

As measured by the U.S. Dollar Index, the greenback is valued near a two-decade high.

Nevertheless, there are very good reasons to be bullish on gold right now.

First, if you take a look at a shorter-term chart of the U.S. Dollar Index, you see the rally began to stall last month, which could be signaling a reversal for the greenback.

A decline in the U.S. dollar would certainly be positive for gold prices, but right now there’s actually a better reason to be bullish on gold...

Gold prices historically perform best at the end and beginning of the calendar year.

The gold market is very cyclical in nature. There are long-, medium-, and short-term gold cycles. The most reliable, however, is gold’s annual cycle.

In short, there are two periods during the calendar year when gold has historically performed the best. The first is a short period from July to August, and the second is a four-month term from November through February.

Take a look at the monthly performance of gold prices between 2000 and 2020.

Even when we look back at older data, we still see gold prices generally perform best at the end of summer and beginning of the calendar year.

About half of all the world’s gold demand comes from the jewelry industry. The biggest and most important gold jewelry buying holiday of the year is Diwali (the Indian festival of lights). This year, Diwali took place on October 24. It can fall later on the calendar, but Diwali really isn’t the reason gold prices go up at the end of the year. Gold’s end-of-year rally can instead be credited to the other four major gold jewelry-buying holidays that take place around the world.

The big one is Christmas. According to the National Retail Federation, Americans spend an average of $1,000 on gifts and holiday items for Christmas. Jewelry is pretty much a standard gift for any guy who doesn’t know what to get his wife or girlfriend — and that’s a pretty big market.

The most popular time for wedding engagements is Christmas. According to WomanGettingMarried.com, 18% of all engagements happen in December.

And, of course, there’s Valentine's Day, which is the third-most popular day for engagements and a holiday that pretty much exists entirely for the purpose of buying jewelry. 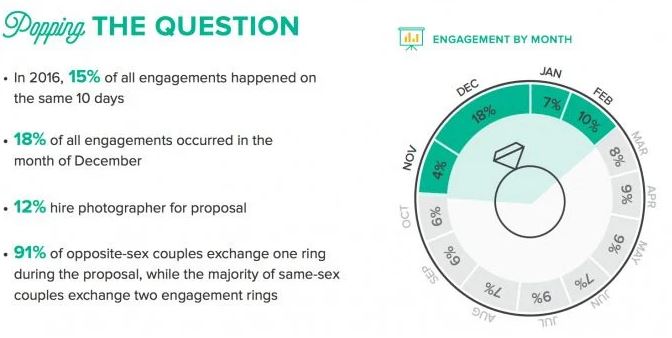 With all of those holidays bumping up against each other, the four months from November through February usually see higher gold jewelry demand — and gold prices are typically higher during this time of year due to that higher jewelry demand.

So what’s the best way to play gold?

I specifically mean companies that are actively exploring for new gold deposits.

They’re generally known as “junior gold stocks.” These are companies that aren’t mining any gold yet but are instead engaged in drilling and other exploration techniques used to hunt down the yellow metal.

Now, of course, every gold exploration effort won't be successful. In fact, most of them won’t be.

However, if you know what to look for in a company’s exploration results, you can greatly increase your odds of picking a winning gold exploration stock.

I’ve spent almost 20 years of my life looking at exploration results from gold and precious metal projects. And in all that time, I’ve only seen a handful of drill results that make me think, Holy cow, these guys found something huge. The last time that happened was at the end of 2020. A gold exploration company called New Found Gold reported stellar drill results that no one was paying attention to at the time. I urged my readers to buy the stock at $4 a share. By May 2021, shares had ballooned to nearly $13 and New Found Gold was the most well-known gold exploration company on the planet.

The New Found Gold story is old at this point. Everyone in the gold investment space knows about it.

But I’ve discovered another gold exploration company that I think could become just as big as New Found Gold or bigger.

Oh, and it only drilled 1,400 meters because that’s how deep the drill could go. If it were possible to drill longer, the company would have found more.

Right now, virtually no one knows about this company, but it's on the verge of making an absolutely huge discovery that could be worth billions of dollars.

I just finished putting the final touches on a brand-new report that gives all the details about this exciting company. You can access this report here.