Like an angry, 800-pound groundhog, the oil bear just reared its head and predicted six more weeks of misery in the oil market. 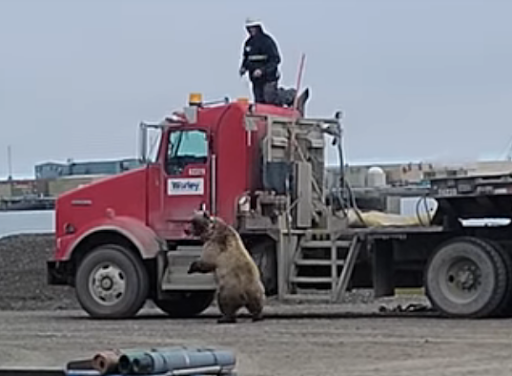 That image above is actually taken from a video of a mother grizzly bear chasing a terrified oil field worker onto his truck. He scrambles out of her reach with seconds to spare.

While he was staring at that giant mass of teeth and claws hurtling toward him, I wonder if it dawned on him that he was witnessing a perfect metaphor for the future of the oil market.

The oil market is on the run from the bears. When market sentiment turns downward like this, it triggers an immune response from the biggest powers in the energy sector.

Oil recently posted its third straight month of decline. We haven't seen a sustained losing run like this since 2020, when prices made their historic plunge into the negatives. OPEC, Russia, China, and India are among the least thrilled to see that happen again. 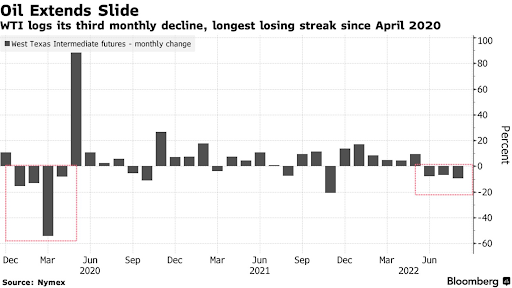 So far, oil output from the world’s foremost cartel has been unaffected. OPEC didn’t exactly get to where it is now by making spur-of-the-moment decisions.

But based on the flood of economic data pouring in recently, the next few months are almost assured to be bear territory. It’s going to take some careful navigating to keep your profits safe.

The World Is on the Verge of Collapse (Again)

If you take everything the news says as gospel, you’d probably believe we’re inching toward economic apocalypse. Let me assure you that’s not the case — though I can’t exactly blame you for feeling that way.

The latest bit of pessimistic news comes directly from China. The country’s infamous “zero-COVID” protocol is currently threatening to wipe out more than just the virus.

Global energy demand for the next few months is widely expected to take a nosedive. Entire factory districts in China are shutting down, largely because their workers are stuck in their homes indefinitely. As such, demand is dropping sharply during a time when it historically is at its highest.

European countries are also using significantly less energy than in previous years, but not by choice. Russia’s Gazprom has almost entirely shut down delivery of gas through the Nord Stream pipeline, leaving Germany and many of the continent’s largest economies out in the cold.

Meanwhile, Putin is flaring huge quantities of natural gas as a giant flaming middle finger to the EU. It would almost be funny if it didn’t guarantee collateral damage to 10% of the planet.

All this negative sentiment didn’t take long to offend the oil market. In a matter of days, Brent crude futures sank from a high of $103 down to $93. 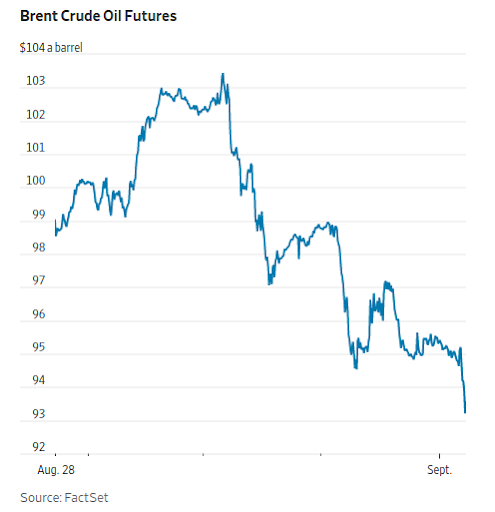 Oil took a beating during what should be its most productive season. Demand across the planet is going stagnant, but supply keeps increasing. It’s actually been on a fairly consistent upswing since the very first day since the start of the U.S. shale boom.

But just as bigger is not always better, more can often be less. That’s a harsh lesson that U.S. producers get to relearn every time the oil market takes an unexpected dive.

Declawing the Market Is Hard but Not Impossible

When the market is this pessimistic, it’s hard not to absorb some of that negative energy. Watching your portfolio sink lower each day can make it extremely tempting to cut and run, eating losses on your way out the door.

Stop right there. Put that thought completely out of your mind.

This phase of the market is just as natural as the bull rush we’ve seen during the previous years. It’s not a time to give up — completely the opposite, in fact.

Bear markets are where investors distinguish themselves from gamblers. I’ve said it before and it will be said again by many more like me: Anyone can make money in a bull market.

When the bulls are raging, “buy low and sell high” is practically the only piece of advice needed. The game can be played with two buttons: yes or no — buy or sell.

Investing in a bear market is calculus in comparison. Timing and precision are critical, but patience rules supreme. It’s easier said than done, especially with the ever-present risk of watching your hard-earned cash evaporate in an instant.

Markets like this are not for the faint of heart, hence the reason so many fair-weather investors decide to jump ship at the first sign of trouble. Navigating a market with this many teeth requires the steady hand of an experienced investor — hopefully one that has survived a scrape with the bears before.

Don’t let me dissuade you from investing. There’s plenty of money to be made in the energy sector, even if oil continues its downward slide. You just have to know exactly where and when to invest your money. 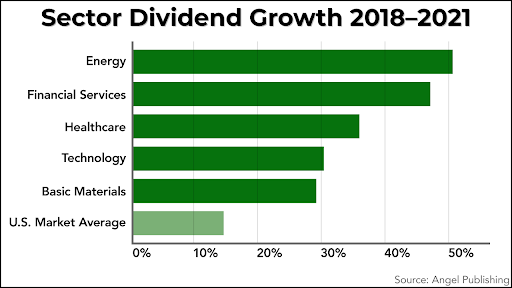 See that dividend growth? It’s the magic bullet that can wrestle your portfolio from the bear’s clutches and put in back into the green.

Your next steps are broken down right here. Read every single word of this free instant-access presentation before making any decisions — or risk making the same mistakes as those before you.