That’s some pretty terrifying news. It shows that ongoing supply chain disruptions are starting to choke some of the industry’s recent growth.

Critical metals like lithium, nickel, and cobalt are becoming harder and harder to source.

Factories that make specialty electronics are shut down indefinitely, either due to harsh lockdowns in China or war in Ukraine.

That's not to mention the current unrest in Sri Lanka, political upheaval in Afghanistan, and the Rohingya crisis in Myanmar.

Point being, the effects are finally starting to reach the end of the chain.

The cost to build an EV is starting to increase for the first time since 2010. Higher costs for lithium batteries means the entire green energy sector is feeling the heat.

But even with prices soaring, demand hasn't let up. In the first half of fiscal 2022, BloombergNEF reported a 28% increase in demand for battery metals like lithium, cobalt, graphite, vanadium, and manganese. 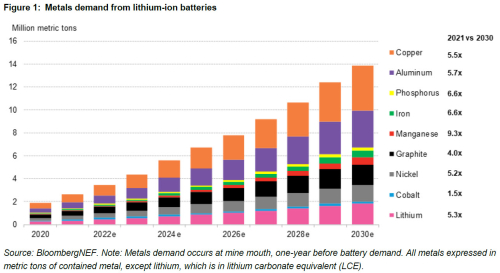 On top of that, EV sales are expected to triple in the next few years. Automakers will have no choice but to pass the costs on to buyers.

So that just leaves me with one question: What’s Tesla’s secret?!

Supply chains are in chaos, Volkswagen is sold out until 2023, and yet Tesla is posting a 600% increase in net income over last year.

How is this possible? As the world’s largest plug-in EV manufacturer, Tesla should be using significantly more resources than Volkswagen.

All the way back in 2019, when most of the auto industry was still scrambling to get any type of EV on the road, Tesla was already predicting this type of supply chain shortage.

It’s clear that metal shortages have been on Elon Musk’s mind for some time now. For a while, he was even considering buying his own lithium mine. That way he and he alone would control the supply.

Tesla wasn’t completely immune to the recent price hike in metals. Nearly all of the company’s vehicles saw a price increase as well — some models jumped by nearly $6,000! 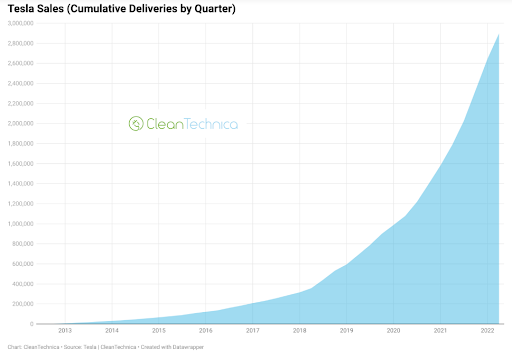 Meanwhile, earlier in the year nickel prices skyrocketed to $50,000 per tonne. Cobalt went to nearly $80,000 per tonne before finally subsiding this month.

That type of random increase can seriously derail production. But short of achieving world peace, there’s no easy way to lock down a guaranteed supply of these metals.

So what did Elon Musk and his team do? How did they stave off the worst effects of the supply chain crisis?

It’s simple: They just designed a battery that doesn't use either of them.

As Always, He’s Years Ahead of the Competition

As always, I give Elon Musk his due. He and his team foresaw the situation we are in now and planned accordingly — all the way back in 2021.

Meanwhile, most of the industry still hasn't even noticed there’s a problem.

Instead of going all-in on lithium-ion batteries, Tesla engineers got to work diversifying their chemistry. Experimenting with different materials meant less disruption if one of them happened to be located in a country controlled by a power-crazed lunatic.

It uses lithium, like most types of modern batteries, but it lacks some of the rare, expensive materials that have become almost impossible to source.

China is hoarding a selection of priceless patents on this new battery. Every single one is set to expire this year, giving Tesla a once-in-a-lifetime opportunity to become the first automaker to switch over 100% of its inventory.

The new EV standard has officially arrived, and Tesla brought it.