Work hard, and you'll be successful...

If you don't have something you want, you just don't want it bad enough...

Success is no accident...

These are the mantras of every mainstream wealth guru, every self-help book on money, and every social media post meant to inspire financial confidence.

And, of course, there is no denying the correlation between hard work and financial success.

But we all know to take those kinds of advice with a grain of salt — hard work does not guarantee success and some people do become financially successful without trying or doing much of anything at all. In fact, if you ask wealthy people how they made their money — and they are honest with you — the truth is you'll find that many folks in the upper class have made a good deal of their money without necessarily trying.

Of course that does not apply to every wealthy person on the planet. But there are most certainly many who have added greatly to their wealth without intending to.

What do I mean?

Well, most of the time making money without trying involves real estate, e.g., a house someone paid a million dollars for and lived in for 10 years is worth more than $5 million today. Do that three or four times and you're already doing much better than most of the population.

It also might mean they've made a good deal of money through company stock options, or with a lucky break in the stock market directly, or the old-fashioned way: inheritance.

Either way, while many of the rich have worked hard for their money, they've also made a good bit of cash in ventures with little to no intention of a financial gain.

Today I want to tell you about a curious way some wealthy people in Delaware have made money without intending to — curious because the entire thing seems downright foolish.

Every culture has different ways that individuals show wealth in an effort to gain social status. And even in a single culture, there are regional differences in the ways people like to show off their money.

In places like Los Angeles and Miami, one common way people show off their money is with expensive sports cars. Meanwhile, in the more suburban and rural areas of the country, people tend show off their wealth more with large houses.

In Delaware, some people use their license plates to show off their wealth and gain social status; specifically, having a license plate on their vehicle with a very low number.

A brief bit of history...

The State of Delaware started issuing license plates in 1909. At first, drivers got new license plates issued to them every year. Then, in 1941, the state began issuing permanent tags. These tags were made of porcelain with white numbers embossed on a black background.

The black and white porcelain tags were produced and issued consecutively, starting with the number 1. And between 1941–1947, about 87,000 license plates were issued by Delaware.

All the rest can be bought and sold on the open market.

And these stupid license plates can bring in HUGE figures at auction. 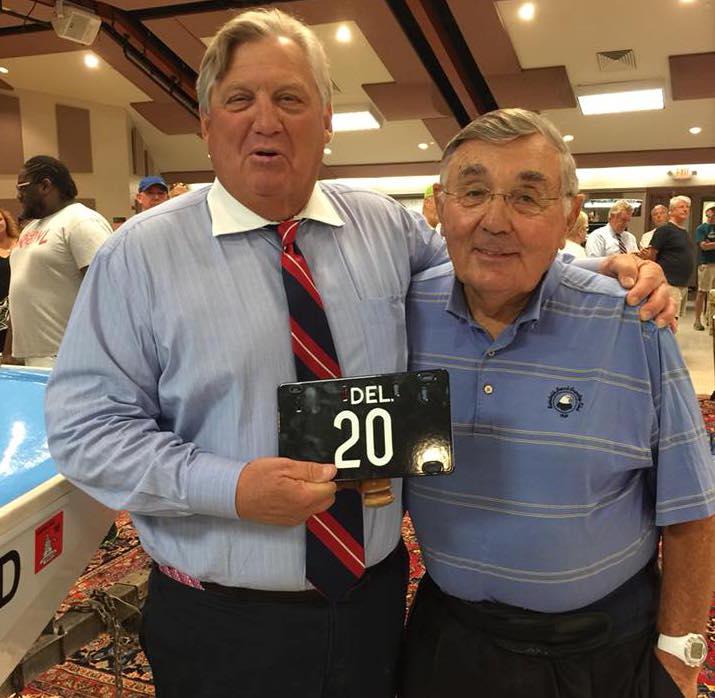 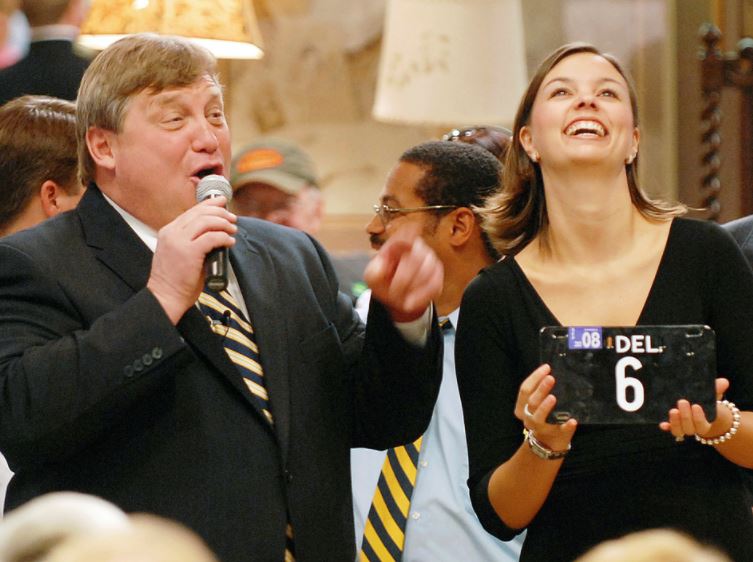 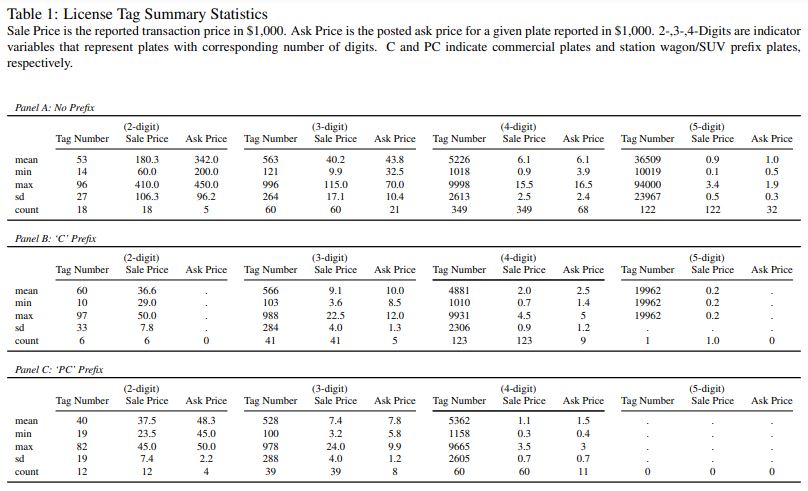 Upon first learning about these black license plates myself, I had a question that I'm willing to bet you're asking yourself right now...

What kind of idiot would pay tens of thousands of dollars for a license plate?!

Well, hold off on your judgment for a moment.

Because it turns out owning these black license plates has been profitable.

According to the same paper by Rice University, the average price of Delaware three-digit license plates has increased more than 150% over the past 15 years. Their research also found that prices for four- and five- digit license plates remained steady over that time period. 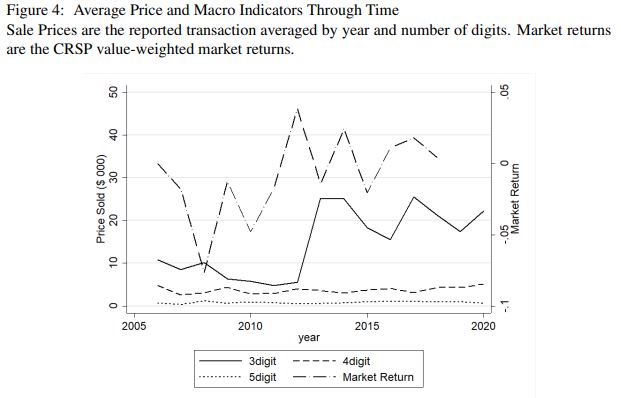 Of course there were better investments to make 15 years ago. But there were also way worse investments... like buying almost any car.

It's a long-known standard that new cars begin to lose value as soon as they're driven off the lot. According to vehicle appraiser TheAppraisalLane.com, "Can a car's value increase over time? The answer is almost always 'no'... Within the first year of ownership, most cars lose about a fifth of their value — and then another 10% every year after."

So while the value of every vehicle decreases over time, the value of these black license plates has held or increased.

As the paper from Rice University concludes, "there is no other associated utility that comes from owning a different plate, besides being able to demonstrate conspicuous consumption and show other members of society that the owner is wealthy or well-connected."

In very wealthy areas of the country, however, a $200,000 Lamborghini won't buy you much social status. That's because in neighborhoods where there are no houses under a million dollars, everyone can afford a Lamborghini at that price. The exclusivity of owning a Lamborghini decreases, thus less social status is given for owning one.

In fact, owning a flashy car like a Lamborghini and living in very wealthy neighborhoods might even be viewed as tacky or gauche and might even take away from social status. And, more often than not, you'll see two-digit Delaware plates on moderately priced vehicles like SUVs and luxury sedans instead of sports cars. 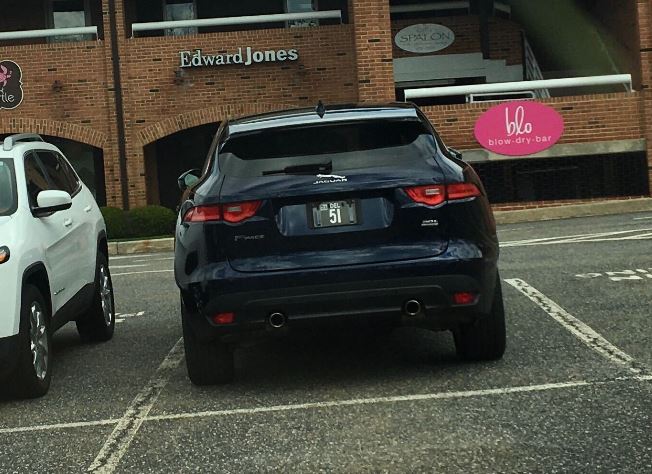 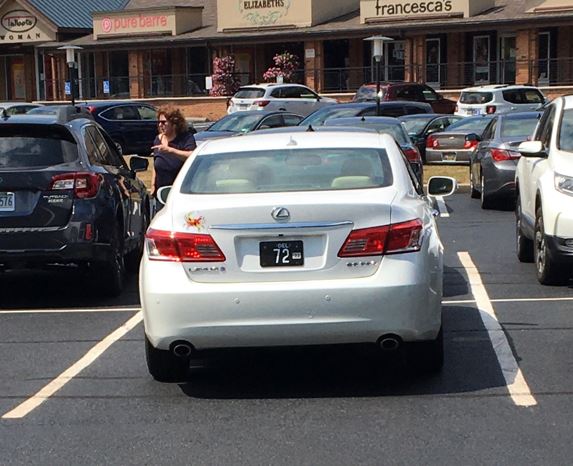 So to answer the question, what kind of idiot would pay tens of thousands of dollars for a license plate?

Well, almost anyone under the right circumstances, I suppose.