A simple reminder that things could always be worse...

These were the options facing John Dawson Jr. in 2012. He was a marijuana dealer, swamped in debt and wondering what to do with his life. He was down and out.

In what seems like divine providence, he met a businessman in Iowa who told him those very words. But then the businessman gave him a third option...

"Let's start you a business."

Right now, it seems like most of the world is down and out…

Investors are losing their minds as they watch the stock market ricochet back and forth between a total crash and a mild rebound. Families are fretting that they may have to be quarantined in their homes; at best unable to work or travel, at worst illness and death. Businesses are wondering how long they can keep the doors open if the coronavirus metastasizes into something beyond crowd panic.

The key to getting through any of life's many traumas is to keep your head up and strive for something better. I think it’s safe to say that most people reading this aren’t in a "jail or death" situation. But John was and — instead of giving up the ghost — he decided to make a change.

The company he founded is now a multimillion-dollar business. But he had to throw himself completely into the work and cast aside the shadows that were threatening his life.

I spoke with him from his headquarters in Spokane, Washington and he told me his story. 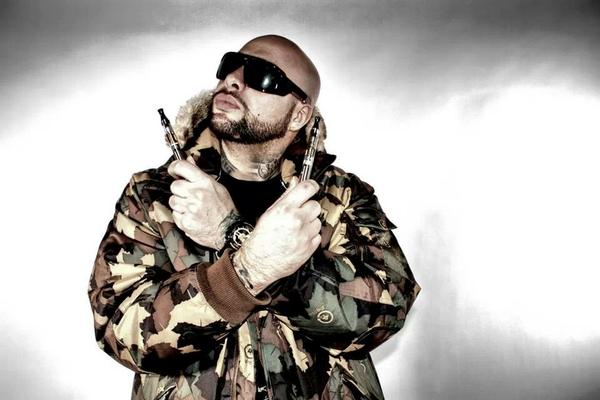 “I founded this company and basically freestyled it into existence. I'm a street guy. I'm hustling. I'm from Las Vegas, and about to be 40 years old this year. Four kids, fiancée, and just a hustler by nature. I never had anybody ever take me and teach me. This is self-taught. This is all just buying and selling, using the product, and breaking and taking it apart. I've always been into buying low and selling high...”

John Dawson is the founder of Kung Fu Vapes, which is one of the most highly regarded cannabis products on the market. Its goal is to provide the most high-end, forward-thinking engineering to a product that has only gotten more popular since he started the company.

Like most of John’s story, it has an unusual beginning. It all started in a Southern California tattoo parlor…

“So, I went and got some tattoos in San Diego. When I was there, I saw my first vaporizer for cannabis concentrates. And my love for cannabis and electronics kind of meshed and melded at that very moment, and I've been riding that weird high ever since,” he told me.

“From there, I went to every smoke shop I could find in Southern California. I bought all these products, I took them back to Iowa. We smoked them, we destroyed them, and we took them apart.”

John found that the vaporizers on the market were rather rudimentary. He knew right then and there that he could come up with a better product. He was proficient in CAD software (computer-aided design) and certainly knew his way around the cannabis business from his days of slinging it on the black market.

He decided that he would create the best cannabis-based vaporizer in the market by remaking and reorganizing the internal components of the current industry leaders like Cloud Pen, G-Pen, and Atmos.

After much trial and error — and many experiments with friends — he settled on a design that blew away his competitors. Now that he had his design, he had to sell it. That’s where John really began to show the business acumen and tenacity that turned an idea into a multimillion-dollar business…

"Dude, at the time, I've got $1,000 to my name. I have all these ideas and I have these drawings. But I didn't even finish high school," John told me.

“I had no type of business background, no partner, no nothing! But I could sit down and draw you, freestyle, a whole product line: branding, packaging, marketing. I can do it in my sleep. It's weirdly natural.”

While he had the moxie and the products, he didn’t have a manufacturer or distributor. So John did what came naturally to him: he hustled.

He gathered his wares and traveled to a large cannabis products expo in Las Vegas in order to find a partner to produce his cutting-edge vapes.

Despite having no experience in negotiating business agreements or production partnerships, he left with a deal that would finally get his upstart company cranking.

“I went to the show and found a really small niche Chinese manufacturer who made an awesome atomizer attachment. I just freestyled all my different visions and ideas. The lady at the booth just said, ‘How much money you got?’”

Like I mentioned, he didn’t have the kind of money to offer a prospective partner. So, like any young, thirsty entrepreneur, John improvised.

"I've got like $200 to my name for this trip, but I was with a couple of buddies. We went back to a house in Vegas, and I said ‘Let’s get some polo shirts made, slap a logo on them, and let's go be a company’."

With their new shirts on, John and his friends went back to the Expo and made sure they didn’t leave without a deal. The convention was three days, and like John Cusack in Say Anything, he just planted himself at the Chinese company's booth and waited them out. He wouldn't take no for an answer.

“I went back every day, stayed at her booth for eight hours, stood in front of her face, and basically did everything but beg her to make my first order for free or front me. Whatever I could drum up. She thought I was absolutely crazy. She told me no every day.”

But, like any good businessman will tell you, persistence is the key to success.

“Two weeks after that show, she sent me a message that said, 'Look, if you can just come up with like $5,000, we'll make the order for you and you will have to pay us back in a certain amount of time, or we'll never do business with you again.'"

John went, hat in hand, to a friend who had just come into a decent chunk of change. He explained his business ad nauseam for hours. Eventually, his friend said “Will you shut the <bleep> up if I give you $8,000?”

He took that seed money and the Chinese company made his first order — what became Kung Fu Vapes' “Pocket Rig” line. It was 2,000 units, which John sold out in four months. He went to every dispensary he could to arrange shelf space.

“I would show up with my product, and basically beg them to try it so they would buy it. I quickly started learning my trade and it's changed my life in ways I never even thought were possible. Selling my product — batteries and cartridges — instead of selling bags of weed.”

The rest is history. Kung Fu Vapes has pulled in over $4 million in revenue in sales to date, starting with that $8,000 and a refusal to quit. He now presides over his store in Washington, a consulting business, and has plans to further expand globally. John is quite literally living the Horatio Alger story.

“I've been a street kid. I grew up with both of my parents in prison. Now all I do is eat, sleep, and breathe Kung Fu Vapes. What legacy are we going to leave if we ever sell or walk away? And we want to make a lasting impact. What's next and what impact can I make?”

That's a question we should all be asking ourselves. It just goes to show you that no matter how challenging life can be, you have the tools you need to get through it and prosper. While it’s easier said than done, especially during uncertain times like these, all it takes is some good old-fashioned perseverance.

In the meantime, stay calm and keep hustling.

You can learn more about Kung Fu Vapes here.