In case you haven't noticed, the majority of Big Tech’s most notable recent moonshots are far from critical.

I’ve asked it before, and I’ll ask it again: Do we really need a metaverse?

I’m struggling to imagine anyone working a 9-to-5 job as a legless, dead-eyed denizen of Mark Zuckerberg’s uncanny valley. 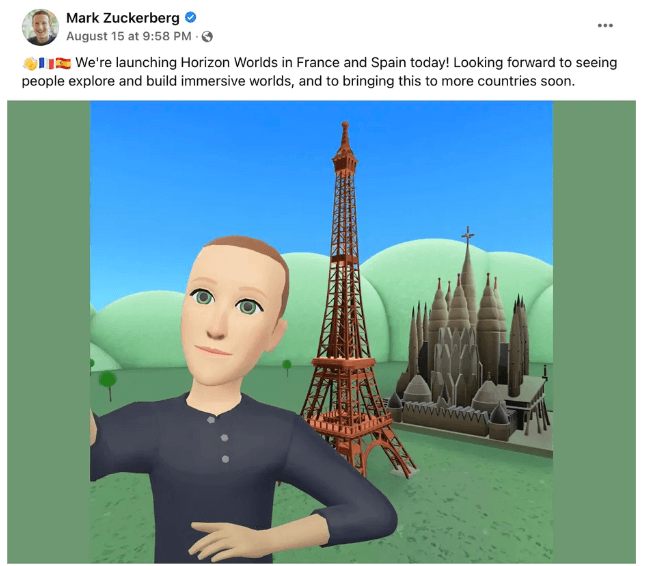 Or how about self-driving vehicles?

I’ll be the first to admit I can’t wait to hand over my keys to a robot. I’ve been waiting for it since the earliest days of Google X and Waymo.

But is this something society genuinely can't go without?

According to Big Tech and the market’s venture capitalist overlords, the answer is a resounding “no.” Funding for these projects all but dries up during tough times.

It’s something we can all relate to — at least on a smaller scale. During the bull runs when money is flowing in, it becomes easier to talk investors into dropping a few more millions.

But when the market dips, those same investors tighten the purse strings. Suddenly, it becomes harder to justify sinking $100 million into an artificially intelligent hoverboard.

Logic and restraint begin to prevail, and VCs take a stern look at their budgets. Any project deemed too risky or too low-margin gets the ax.

But all that money doesn't disappear. It just gets reorganized in a startlingly predictable pattern.

It Goes Where It’s Needed Most — No More Flying Cars

According to research from Carlota Perez, one of the industry’s most renowned experts on tech market cycles, that cash goes wherever it's most likely to make the company more money.

That type of keen insight is why she gets paid the big bucks.

Kidding aside, the dynamics are much more complex than that. When markets start to slow, companies start to invest in the real, practical ideas that actually turn a profit in the near future — not 20 years down the road.

Development timelines narrow and research budgets begin to tighten. Perez claims that this is the time when companies start to focus on mature, proven tech that might not be commonly used yet.

A perfect example is the remarkable surge in video conferencing and remote work software we’ve seen since the start of the pandemic.

Video calling software has been in development for more than a decade now. Skype rolled out something all the way back in 2006 that looks nearly identical to Zoom.

There were a few enterprise options available earlier, but the earliest versions of Skype had nearly all the functionality we expect from modern programs.

Video conferencing is a simple, practical tool that arguably saved some sectors of the economy during the past few years of lockdowns.

These are exactly the types of investments that giant firms are pivoting to right now.

They're not making 30-year plans for unproven tech that should've stayed in science fiction where it belongs.

We’ve been watching patiently as one particular industry quietly becomes the hottest investment opportunity of this decade.

It meets all of the esteemed Ms. Perez’s criteria as a perfect angle during a slower market.

But most importantly, it’s part of just about every industry on the planet.

But we’re not recommending you buy into any of these massive industries. They're dominated by blue chip companies and multibillion-dollar conglomerates.

Our plan is to invest in the tiny microcap company that's designed a secret weapon that can turbocharge any industry on Earth.

This company develops technology that can turn every factory, power plant, wind turbine, or vehicle into a “smart” device.

Hell, it can make just about anything that moves more efficient.

Watch this short video to see exactly what I mean. You’re not going to want to miss this decade’s great tech pivot.