Cut the Fed Some Slack

In an article published on Monday in the Wall Street Journal, influential fund manager Stanley Druckenmiller criticized the Federal Reserve's continued response to the COVID-19 pandemic saying the central bank is too accommodating considering the fast recovery.

With COVID uncertainty receding fast, and several quarters deep into the strongest recovery from any postwar recession, the Federal Reserve’s guidance continues to be the most accommodative on record, by a mile. Keeping emergency settings after the emergency has passed carries bigger risks for the Fed than missing its inflation target by a few decimal points. It’s time for a change.

Yesterday, Druckenmiller followed up with this article in an interview with CNBC’s “Squawk Box” where he called historically low interest rates and the Fed's plan to continue buying $120 billion in new debt assets “totally inappropriate,” pointing to GDP, which is back to pre-pandemic levels.

Of course Druckenmiller is not alone. Everyone, including yours truly, criticizes the Fed's actions from time to time. But it's important to remember that the Federal Reserve is not completely independent. 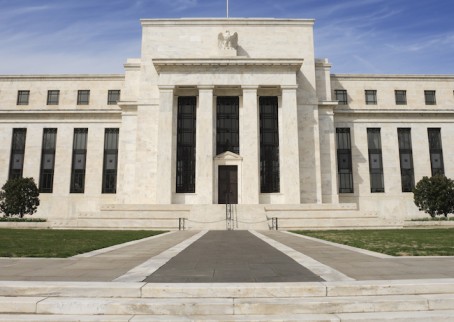 The Federal Reserve describes itself as “an independent government agency but also one that is ultimately accountable to the public and the Congress.”

The Fed is independent from the government partially in that it's not funded by a congressional budget. Instead it's funded by the interest it makes on government securities. The reason for this is to avoid partisan influence. The Economic Research branch of the Federal Reserve Bank of St. Louis explains, “Because funding can be a way to wield influence, Congress did not give itself the 'power of the purse' over the Fed.”

More importantly, the Federal Reserve has independence to use various tools to achieve its goals of maximum employment and price stability. Those tools include things like control of short-term interest rates.

But here's what most people don't understand about the Fed...

The Federal Reserve doesn't determine the goals of monetary policy.

Congress sets the goals, but has given the Federal Reserve some independence to achieve them.

In this way, the Federal Reserve is just doing the job Congress has given it — it's just the trigger man. Congress is calling most of the shots.

The Federal Reserve most certainly doesn't set fiscal policy. It's just responding to it. So I think a lot of the criticism aimed at the Fed's response to COVID-19 should really be pointed at Congress' response to the whole thing.

The Federal Reserve makes for a very convenient common enemy for politicians. And a common enemy can unite a group of total strangers.

The biggest general concern people have over the “Fed's” actions right now is clearly inflation and the possibility of runaway inflation. At the press conference following the most recent FOMC meeting, Fed Chairman Powell spoke on inflation saying, “During this time of reopening, we are likely to see some upward pressure on prices... but those pressures are likely to be temporary, as they are associated with the reopening process.”

Powell continued saying, however, those pressures are “not likely to lead to persistently higher year-over-year inflation in the future — inflation at levels that are not consistent with our goal of 2% inflation over time. Indeed it is the Fed's job to make sure that that does not happen.”

But that doesn't mean the Fed can't fail in its job.

It has happened before. It can happen again.

I believe the Federal Reserve will do everything in its power to mitigate the fallout from the government's response to the COVID-19 pandemic.

But its powers are very limited — so limited that they simply won't be able to curb the damage done.

Maybe we should cut the Federal Reserve some slack. And start asking more questions to Congress.