I remember the first time I noticed “The Claw”…

I had trekked with my wife and kids to our “country club”, which is shorthand for a simple pool membership. I’m not that fancy, believe me.

It was a beautiful day. Kids were splashing, lifeguards were twirling their whistles, and parents were drinking in the sun — soaking it all in.

But I couldn’t help but notice that the parents weren’t drinking beer — or even margaritas for that matter. The cans they held were too thin to be Budweisers, Heinekens, or Coronas. What were all these poolside fountainheads drinking?

Upon closer inspection, I saw the label on the can: White Claw.

It was “Hard Seltzer” — otherwise known as boozy bubbled water. Now, this wasn’t just one or two couples — it was everyone (but me).

It is all the rage and now it’s everywhere.

In fact, White Claw is such a success that there was a worldwide shortage of the stuff this summer.

"We are working around the clock to increase supply given the rapid growth in consumer demand," Sanjiv Gajiwala, White Claw's senior vice president of marketing, told CNN.

"White Claw has accelerated faster than anyone could have predicted."

Hard seltzer could be a $2.5 billion industry in a year or two. But White Claw has nothing on the beverages that are about to hit today...

Raise a glass, my friends.

Today is the day that Cannabis 2.0 launches in Canada. The new law hitting cannabis today will make White Claw look like Zima.

It couldn’t have come at a better time, since the entire industry needs some good news.

After what seems like an eternity since Canada first legalized recreational cannabis (it was actually this very day last year) companies will finally get to sell edibles. Most companies that I cover and speak with have been patiently awaiting for this very day to come.

The move will allow popular cannabis derivatives like edibles, infused beverages, and vaporizers to be legally bought and sold nationwide. It’s a big deal.

We’ll see it firsthand after the next round of edible cannabis profits comes up. Billions have already been invested in the cannabis beverage market and billions more are set to be made.

Heineken has already released a cannabis drink called Lagunitas Hi-Fi Hops, a sparkling beverage with no alcohol, calories, or carbs.

Molson Coors, Moosehead, and almost every big beverage maker — including traditional beverage companies like Coca-Cola — have started shopping for bud buddies in the cannabis industry.

All told, the cannabis beverage market is expected to be a $1.5-$3 billion industry in Canada alone. Scale that out to the entire world, and we’re talking billions a year for dank drinks.

I recently returned from a visit with a company that partnered with a major global beverage maker. It is locked and loaded for today’s legalization and already has a slew of products ready to roll. 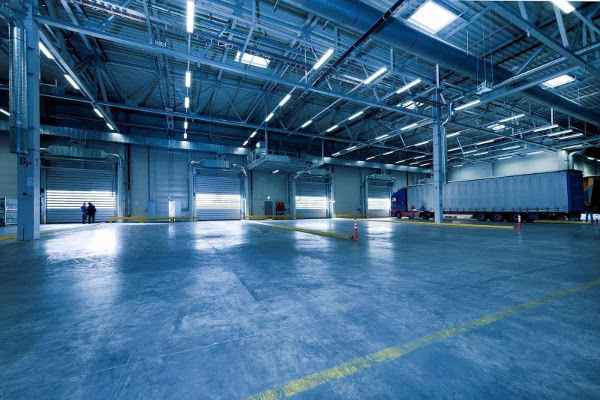 It used to belong to one of the biggest retail giants in America...

But now, the company I visited owns it.

Soon, inside this 500,000-square-foot facility, it will be producing 200 bottles of cannabis-infused beer every 60 seconds. That’s:

It is launching a series of cannabis beverages over the next few months. The first is a natural spring water infused with CBD. Five others will follow quickly afterwards.

But I’d urge you to get it now, while cannabis stocks are cheap.

You can check out my visit right here.

Once the sales figures come in on Cannabis 2.0, we’ll start to see stock prices rising faster than bubbles in a hard seltzer...