You've already seen it yourself first-hand: The price of food is rising.

According to the U.S. Bureau of Labor and Statistics, food prices in America increased by an average of 3.6% in July 2021 compared to the previous year.

Up in Canada, it's the same story. Data from Statistics Canada shows the price of food grew 1.7% in July compared to the previous year.

Elsewhere around the world, food prices have already risen much more.

The United Nations' FAO Food Price Index (a measure of the monthly change in international prices of a basket of food commodities) was 31% higher in July 2021 compared to the previous year. 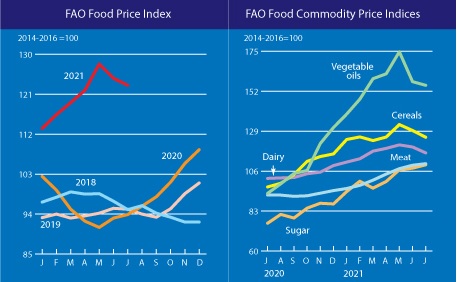 But you don't need statistics to know the price of food is going up. You've already seen higher prices at grocery stores and restaurants.

And you've probably heard that food prices are only going to continue increasing from here.

In fact, I don't think there's a single economic or financial analyst in the world who doesn't see the price of food rising through at least the end of the year.

Phil Lempert, Food Trends Editor for NBC's “Today,” also known as the “Supermarket Guru,” told Fortune magazine this month, “We’re going to continue to see price increases, probably for the next two years or so... It is a much bigger problem, and a much more complex problem, than the average consumer realizes or understands.”

Labor shortages, supply-chain and transportation disruptions, soaring consumer demand, and rising energy prices have all been speculated to drive the price of food higher.

But there's one major factor to food prices that hardly anyone is considering...

One that could drive food prices outrageously high...

And have devastating global consequences.

The price of fertilizer is increasing at an alarming rate.

Fertilizer is a major expense in agricultural operations. The U.S. Department of Agriculture says between 2010 and 2019, fertilizer accounted for between 33% and 44% of a farmer's operations. So any significant increase in fertilizer prices will have to be passed down to the consumer.

For the year, the fertilizer prices have already increased.

The USDA calculates data to create index values for fertilizer prices in America. The USDA Mixed Fertilizer Index value increased more than 20% in the first six months of 2021. Meanwhile, its Nitrogen Index rose over 28% in the first half of the year. 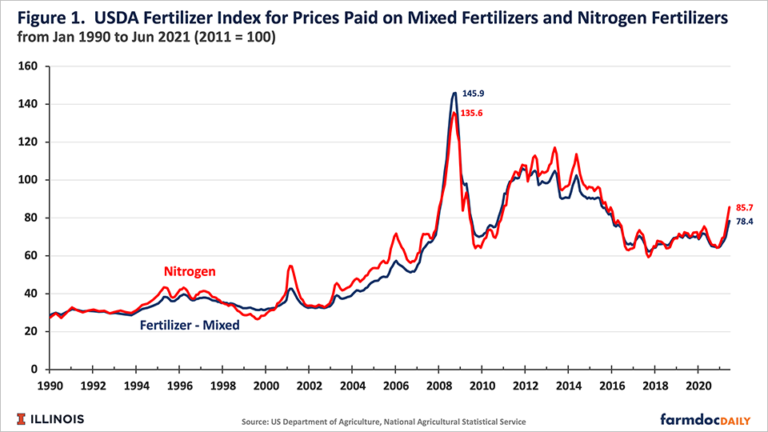 But the USDA's fertilizer indices are nationwide averages. In specific U.S. states like Illinois, where farming makes up a major portion of local GDP, the price of fertilizers has increased even more.

According to an August 2021 paper published by the Department of Agricultural and Consumer Economics at the University of Illinois: 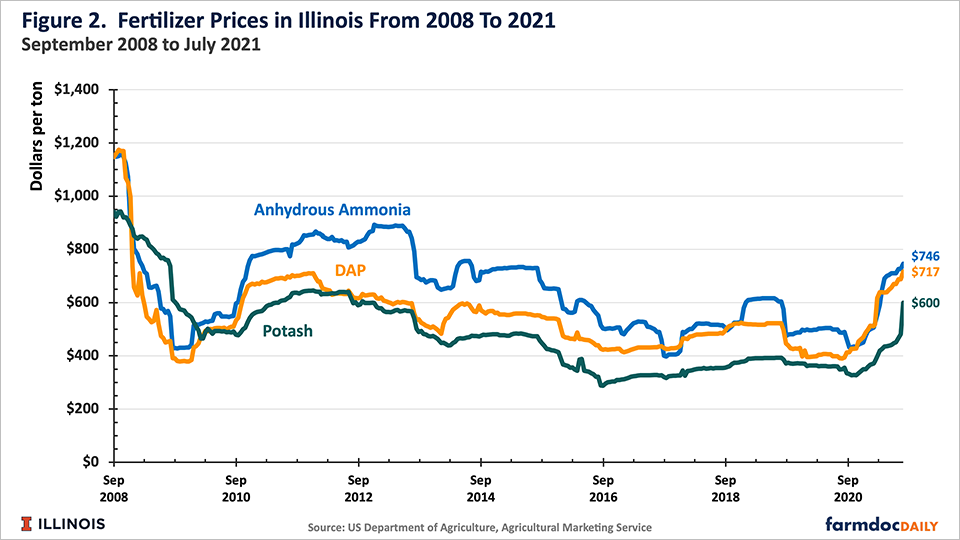 If prices of fertilizer continue to increase, we should ultimately expect to see a corresponding increase in food prices across the board.

... And that corresponding increase would be on top of food prices reacting to other inflationary pressures in energy, labor, transportation, etc.

Now, that's really not a big deal for the extreme majority of people in the United States or other wealthy Western nations.

So let's say, for the sake of argument, Americans spend about 10% of our disposable personal income on food.

And now let's say the price of food doubles across the board...

People in the U.S. now spend 20% of their disposable personal income on food.

Such an increase in the cost of food would absolutely have a negative economic effect. But it wouldn't be the end of the world.

Yes, thousands of people in America would be directly affected. And, yes, there may even be some civil unrest as a result. But at the end of the day, the United States would survive.

It would be painful, but we'd survive. That's not the case with other nations. For some other nations around the world that kind of increase in food would lead to absolute collapse.

The average Nigerian spends almost 60% of their money on food at home and non-alcoholic beverages. And let me remind you that's the “average” Nigerian.

According to SB Morgen Intelligence, Nigerians who earn less than the newly approved minimum wage spend 95% of their income on food consumption. (Nigerian minimum wage is ₦30,000 per month. That's about USD$73 per month, or about USD$2.43 per day.)

Elsewhere around the world are similar situations. The American Farm Bureau Federation says people in Ethiopia spend 57% of their income on food, folks in Myanmar spend an average of 56%, and those in Bangladesh spend around 54%.

So what happens if the price of food doubles in those nations?

And what happens then?

Well, you know the answer...

Bouazizi's self-immolation was the catalyst for the Tunisian Revolution and the wider Arab Spring, which cost approximately 61,000 lives worldwide, trillions in economic damage, and created greater division among those who prefer the status quo and those who want democratic change, which persists more than a decade later.

Almost every civil conflict in the past 50 years can be tied back to rising food costs. So the rising price of fertilizers isn't just an inconvenience. It's setting the world up for major conflicts.

Be cautioned, dear reader. If you have friends and/or family in nations with high food costs, get them out now.