After months of elevated inflation, investors are expecting big moves from the Federal Reserve today.

Analysts at Nomura Securities wrote last week that the Fed will jack up short-term rates to a range of 3.25%–3.5% today — and will end up increasing rates to as high as 4.75% by next year. 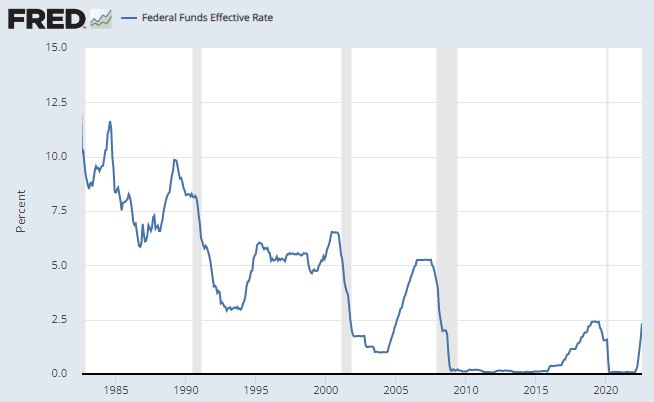 As a result, billionaire hedge fund founder Ray Dalio said he was expecting a 20% decline in stocks.

Dalio wrote in a LinkedIn post, “I estimate that a rise in rates from where they are to about 4.5% will produce about a 20% negative impact on equity prices... The economy will be weaker than expected.”

So what does it all mean for gold and precious metals?

The precious metals market has become completely out of tune with traditional standards. Rising inflation tends to devalue currencies and boost demand for precious metals like gold and silver. But that hasn’t happened. Instead, the value of the U.S. dollar has soared to a 20-year high, as measured by the U.S. Dollar Index.

So how will a big hike in short-term rates affect gold?

Well, that depends on how the dollar will react. But given how the greenback has performed over the past several months, that’s completely unpredictable.

Part of what it takes to be an "expert" is knowing when you don't know — especially in investment markets. Public markets are (and always have been, as far as I can tell) highly irrational, and sometimes they become completely absurd. I mean, just consider everything from the Dutch tulip bubble to NFTs. Public markets have at least a 400-year history of throwing people curveballs.

That’s all I’ve got for you today, but before I let you go, I wanted to share some research my colleague Jason Williams just sent over.

He’s been researching all the various shortages and crises that have been plaguing the world the past two years and identified a growing one that’s not getting any attention in the mainstream press.

And he’s convinced it’s about to become a bigger problem than the supply chain issues, labor shortages, and energy crisis combined.

But in every crisis lies opportunity, and Jason found one that could send the shares of a particular company SOARING and turn this unknown gem into a household name.

So I got him to let me share his full report on what he’s calling “The Next Nestle.”

Check out his report today and get yourself invested BEFORE this small stock becomes a global giant.