Gold and silver bulls haven't been this excited in years.

Precious metals started 2023 with a very impressive surge in prices.

Gold prices have risen higher than $1,880 an ounce, while COMEX silver has recently approached $25 an ounce.

However, the rally in precious metal prices might experience a temporary cool-off as investors digest this week’s inflation data and look ahead to the Federal Reserve’s next interest rate decision at the end of this month. 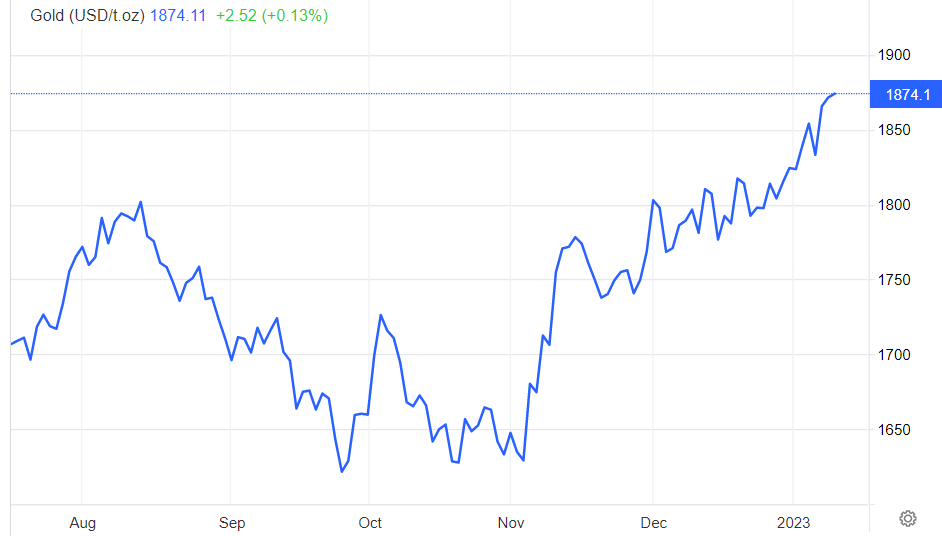 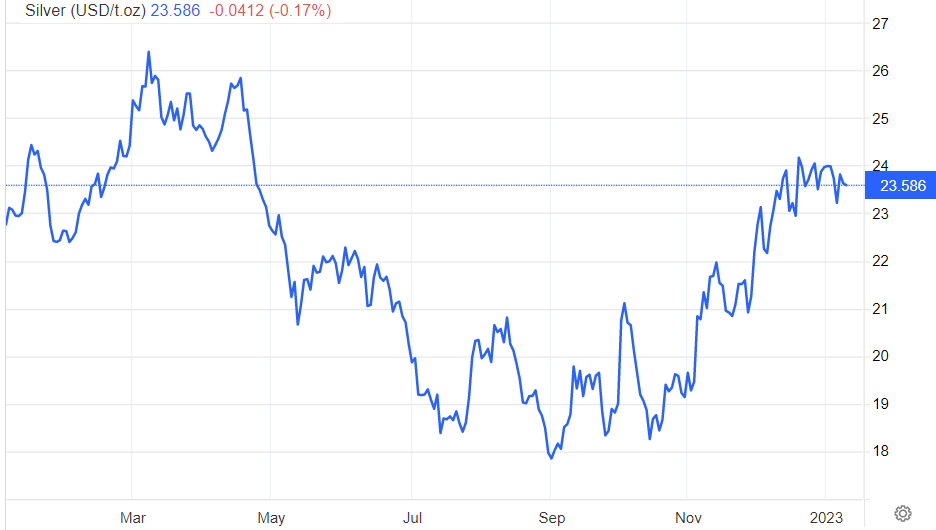 The Bureau of Labor Statistics will report CPI inflation data for December on Thursday. Analysts are now expecting to see an increase in headline CPI of 6.5%–6.6% in December. That's quite a bit lower than the annual 7.1% increase in November.

The biggest reason December’s inflation is expected to be lower is falling gasoline prices. According to the EIA, the average retail price of gasoline in the United States dropped last month to $3.210 per gallon, compared with the December 2021 average of $3.307 per gallon.

December was the only month in 2022 that saw an annual decrease in retail gasoline prices.

The Federal Reserve will use December CPI to help guide its next interest rate decision. Prompted by declining CPI data, the Fed increased interest rates by 0.5% last month. That was after four 0.75% increases to overnight rates in a row.

If the Fed decides inflation has fallen enough to justify only a 0.25% increase, we should expect the U.S. dollar to continue to drop in value — and that would cause an inverse movement in gold and silver prices.

If, on the other hand, the Fed maintains a 0.5% rate increase, it’s likely we could see a temporary rebound in the greenback — and that would cause weakness for gold and silver.

According to CME Group, the odds of a 0.25% increase from the Fed are currently over 78%. 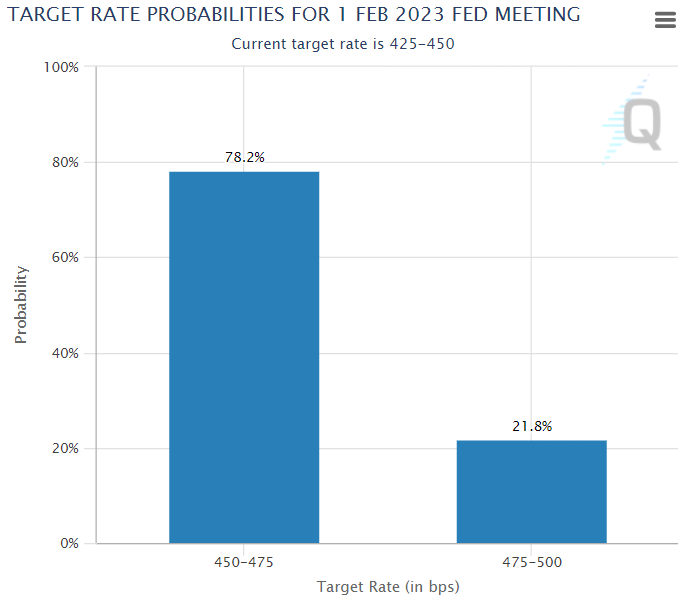 Nevertheless, I personally believe the Fed is going to raise rates again by 0.5% and that we’ll see the dollar stabilize and the price of precious metals cool off a bit. That’s because even though CPI declining to 6.5% would represent a significant drop in inflation, it’s still more than three times higher than the Fed’s long-term 2% inflation goal.

I think CPI headline inflation is going to need to be under 5% before the Fed cuts rate hikes to 0.25%. What it all means is we could see a temporary rebound in the greenback and weakness for gold and silver for the rest of the month.

Of course, I hope I’m wrong. I would love to see the Fed increase rates by only 0.25% — or, better yet, not at all — but I don't think that's going to happen until sometime in the spring.

So even though gold and silver have been on quite a ride higher recently, we may see a pullback in prices over the next few weeks... and I expect that pullback will be a great time to buy.