About 87 years ago, give or take, one of the most successful advertising campaigns in history started.

One that both captured and redefined the American zeitgeist — commercial, corporate, and consumer. 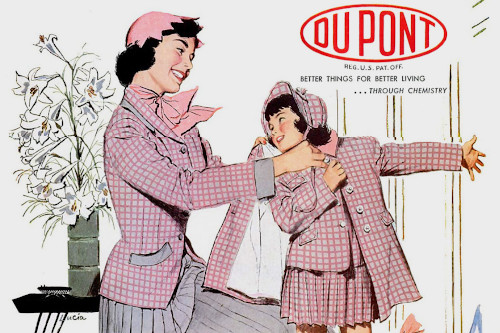 The “Better Living Through Chemistry” slogan lasted until 1982, which speaks to its enduring promise. DuPont was changing life as we knew it, for the better.

That made a ton of sense while a slew of new products were blatantly obvious. New and cheaper clothes, plastics, materials, clothing, cookware... better and better with each iteration.

The problem isn’t that the trend stopped. The problem is the obvious benefit wasn’t quite so easy to bundle into a 30-second TV spot for consumers.

Nowhere else in the consumer market is this divergence more apparent than with some of the most hyped, most talked-about products today — Tesla’s bread-and-butter base models.

It’s hardly just Tesla though. Volkswagen, Ford, and Hyundai Motors are betting big on this trend too.

Yet we still think of cars as being a standardized year-by-year affair. This is not the case.

Behind the scenes it is a very different story. The battery systems in electric cars, by far the most expensive components in new cars, and an increasingly burdensome liability for anyone that buys a used one, have started to become far more diverse.

This isn’t some future tech built on theory alone, or a production plan for cars for yearly model upgrades down the road.

Over half of Tesla’s new cars are quietly using this battery tech already. Tesla said as much when it released last quarter’s financial results.

The tech isn’t really new. It’s been in labs and research universities for a while, but it is rapidly making the move from theory to the market.

The disadvantages have been reduced, and the advantages are profound. These batteries don’t use nickel or cobalt.

That pulls two of the hardest components to source — and two of the most expensive options — out of the equation.

Plus it frees up scarce materials in demand for far more expensive longer-range and higher-performance models that command a price premium.

Even with that disclosure from Tesla, along with Volkswagen, Ford, and Hyundai Motors (though they offer less details), the potential doesn’t stop there.

Tesla is already hinting at a big transition for one of its most prized, highest-growth potential divisions — energy storage.

Tesla’s issues are well documented in that regard, with projects going over budget, over time frames, and straight-up catching fire and creating runaway toxic nightmares for firefighters.

The lower cost and lower energy density plays exceedingly well into addressing these concerns. The stable chemistry involved makes building these batteries to scale for anything from home energy storage —like the Tesla Powerwall — to the massive battery systems being connected to the electrical grid — like what it is planning for future electrical grid storage projects — consistent and safe.

There is a catch though. Always is.

The materials that make these work so well are already facing supply issues. However, the arbitrage play for cost and supply chain disruption allows for a massive price run while still being economically ideal.

That’s why Tesla is buying in, along with Volkswagen, Ford, Hyundai Motors, and more.

The chemistry doesn’t make a lot of sense for how battery cathodes work and scales of economy play out to consumers.

But the old slogan that DuPont abandoned — “Better Living Through Chemistry” — is alive and well.

Just like the explosion of tech and advanced component companies in the last half of the 20th century, there is a lot of money to be made building things better.